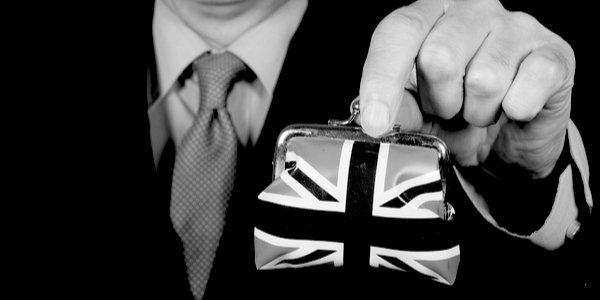 BRITAIN is in economic crisis. Yesterday’s poor GDP numbers for April should be no surprise, but on the back of inflation heading to double digits and petrol close to £2 a litre we should be under no illusions of the scale of the challenge the country faces. The current Government crisis management of short termism, tax, spend and regulate will only exacerbate decline.

What is more, while Government blames Russia for this crisis the truth is far more complex. Most of the UK and indeed the West’s problems are self-inflicted and a direct result of multiple policy failures over many years.

Inflation was already becoming a significant issue well before the war in Ukraine. Its root can be directly traced to a decade and more of near zero interest rates, and continual and deliberate Quantitative Easing (monetary creation) by the Central Bank initially to reflate asset prices and then fund lockdown. Add to this a decadent energy security policy de-emphasising proven carbon for unproven and uncertain renewables, the disastrous impact of lockdown on the global supply chain, UK public sector spending and productivity and, let’s call it euphemistically, employees’ individual lifestyle appraisal post-furlough.

Then the tragedy in Ukraine, leading to the sanctioning of one of the three global paramount oil producers and dominant supplier of EU gas, and the disruption of a major player in the global food chain, has caused severe and potentially growing distress.

Unfortunately UK governments have taken wrong turn after wrong turn while the remedies offered from Labour or the Liberal Democrats are more extreme variants on the same theme. The decision to lockdown with a cost to the economy, for no good purpose, in excess of £370billion, or to put that in context enough to pay every Briton’s grocery bill for well over 18 months, followed by the most severe tax raid since the war just as the economy was on a knife edge, was one hundred and eighty degrees the wrong approach.

The proceeds of this tax raid have directly disappeared into a public spending black hole where public sector productivity is now at a 20-year low and contrasts sharply with the productivity gains of the private sector. Unless addressed, this has serious negative long-term implications for everyone.

Today the state accounts for virtually half of all UK output. This is a most unhealthy and tragic statistic as government becomes the central agent of economic activity seriously impacting on the long-term growth potential and opportunity of the nation.

This particular Government has created a subsidy culture, where despite labour shortages in key sectors, the number of people on out-of-work benefits has increased since before the lockdown by 1.2million to one in eight of the adult population. This is a vicious negative spiral of despair, lost opportunity and decline. It is not sustainable.

With this backdrop of the lowest decade for economic growth in prospect for 70 years – and not coincidentally the highest tax rate for 70 years – and the highest inflation in 30 years I co-authored a report with Richard Tice, the leader of Reform UK, which we published on Monday with the simple remit of digging ourselves out of this self-inflicted mire. The link to our positive plan to ‘Grow our way out of this crisis’ is here.

Our plan is to create a virtuous circle based on trusting the people, growing the private sector, cutting tax and regulation, helping mitigate inflationary pressures through, in the short term, targeted tax cuts aimed at muting inflation and in the longer term through a more balanced energy security policy. Allied to this we urgently need to start the process of re-sizing the scale and scope of the state so that its productivity and delivery is manifestly better while becoming far more accountable to performance failure.

Moreover, it will be self-funding within three years because it will raise the level of growth in the economy which in turn will stimulate employment and tax receipts, and it will raise public sector productivity from its current unacceptable level.

We would mandate Government departments to cut £1 in £20 over a two-year period, saving the tax payer £55billion. This still leaves spending at substantially higher real levels than just before the lockdown. This is not austerity. This is normality.

To suggest £55billion can’t be cut from public spending budgets without impacting service or benefits is delusional. The number employed by the civil service has increased by a staggering 49,000 over the last two years alone in direct proportion to failing service, Test and Trace wasted £37billion, HS2 will cost over £100billion. The list goes on.

Our goals would kick-start the economy. We conservatively estimate they will add around 0.5 per cent a year to GDP. Those who say it can’t be done are the ones caught in the current cycle of short-term fear and decline. Simply put, tax, regulate and spend is killing the economy, undermining the family unit and is ultimately counter-productive as the golden goose is strangled and with it the tax receipts that pay for public services.

The plan is simply the start. The long-term plan for tax rates is to move where possible to zero, 20 / 40. We want to create a framework where long-term decisions can be made free of arbitrary political expediency. This will encourage further investment and prosperity, the very cornerstone of a free society, a virtuous circle.

Naysayers will say it’s unaffordable. But the real risk is continuing as we are, taking short-term expedient measures to micromanage this crisis or that. We are literally on the road to serfdom where the state controls, regulates and gifts on a whim. That is not free society and it is not what I believe the vast majority of the people desire.

We need long-term strategic ideas to break the cycle of dependence, despair and decline. Ours are not new ideas. They worked for West Germany after the war, they worked spectacularly for Hong Kong under the tutelage of the British civil servant Sir John James Cowperthwaite, they worked for failing Britain in the 1980s and they worked for eastern Europe post 1991. Our ideas are tried and tested. They work, they liberate and are the cornerstone of a free society.

This appeared in Brexit Watch on June 14, 2022, and is republished by kind permission.