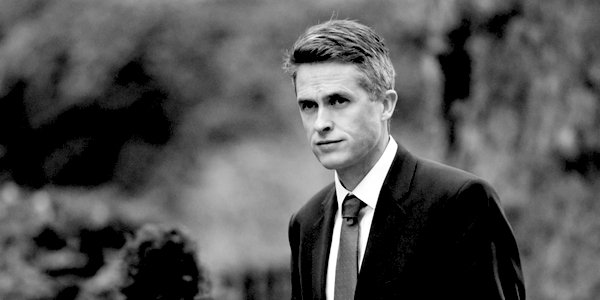 TWO weeks ago, I warned that ‘Parliamentarians are no longer representatives but oligarchs’. Now we learn that civil servants are the highest oligarchs – they are executing power even over Secretaries of State.

The Prime Minister gave a civil servant, Cabinet Secretary Sir Mark Sedwill, sole power to investigate a leak of the National Security Council’s decision to allow the Chinese firm Huawei to build parts of Britain’s 5G phone network. Last evening, a week after the leak, Mrs May fired the Defence Secretary, Gavin Williamson. According to Williamson himself, he was on bad terms with Sedwill, he was not the leaker, and Sedwill did not have proof. Apparently, the evidence Sedwill offered was Williamson’s telephone call to the journalist who reported the leak, but Williamson says he refused to discuss Huawei during the conversation.

The significance of this story for me is less about Williamson than May. The Prime Minister of this country delegated the future of a Secretary of State to a civil servant, accepted the civil servant’s accusation before consulting her minister, and offered the minister only two choices, resign or be dismissed. After their meeting, she wrote a formal letter: ‘No other credible version of events to explain this leak has been identified.’ That’s not a citation of proof – at best, that’s a diagnosis by exclusion.

May is so weak that she delegates responsibility for cabinet appointments, then accepts a civil servant’s word over her minister’s.

This caps a longer story of growing executive power for civil servants, who seem too egotistical to resist acting for themselves around a prime minister who seems incapable of making decisions for herself.

Sedwill has managed to accumulate too many positions for my liking. May appointed him National Security Adviser in April 2017, just before she unnecessarily called a general election. His earlier career was in the Foreign and Commonwealth Office. Thus, he must share responsibility for the chaos of British defence, security, and foreign policy, which he has tried to centralise. For instance, in July 2017, he took on a National Security Capability Review, in which he included defence capabilities, against Williamson’s objections, until his plans to de-fund yet more critical military assets became a public scandal.

He must share the responsibility for the secretive ways and means by which civil servants – without reporting to the relevant Parliamentary committees – signed up Britain to future participation in the European Defence Agency, European Defence Fund (and thence the European Defence Industrial Development Programme), and the EU Defence Procurement Directive. Those signatures practically if not legally entail Britain into the EU’s ambition for a Common Security and Defence Union by 2025.

These signatures were completed over a year to September 2017. Civil servants reported to Parliamentary committees only after the fact, and their answers remain contradictory – the usual nonsense about maintaining a seat at the table, maintaining our influence etc, while ignoring the incompatibility between European defence/security union and NATO, and between ever-closer EU integration and Brexit.

The then Foreign Secretary, Boris Johnson, says he was not told about what the FCO was doing with the EU in 2017. The contemporaneous Brexit Secretary, David Davis, revealed that he had no idea that the Prime Minister’s Office was negotiating its own agreement with the EU until May revealed her proposal at Chequers in July 2018.

Leading the Prime Minister’s secret negotiations was not a minister but a civil servant of her own choosing – Olly Robbins. Robbins’s career is odd to say the least. Initially he joined the Treasury but in 2006 briefly became Tony Blair’s Principal Private Secretary. The next year he was appointed Director of Intelligence and Security. Was he qualified? No, but one unjustified appointment justifies another. In 2010, David Cameron reorganised that appointment as a Deputy National Security Adviser position.

In 2015, Robbins moved to the Home Office as deputy to Sedwill, who was Permanent Secretary. Who was the Home Secretary? Yes, it was the calamitous Theresa May – for more than six years (2010-2016), in which she lost control of everything from immigration to knife crime, and achieved nothing except bogus claims to social justice. (One reason she lost control of knife crime was her cancellation of stop-and-search powers on the false grounds that they were racist.)

As soon as May became PM in July 2016, she appointed Robbins as Permanent Secretary for the Department for Exiting the European Union. Was he qualified? No. He did not even sit with that department. He sat in the Prime Minister’s office, shuttling to Brussels in the name of the PM, but making up the policy for himself.

Robbins was the principal author of the stupid proposal that May revealed at Chequers to her ignorant cabinet in June 2018. (That’s the proposal in which Britain would attempt to be all things to all people by, for instance, aligning with the Single Market and collecting the EU’s tariffs while pretending to leave both the Single Market and the Customs Union.)

Johnson and Davis resigned within days, but May promoted Sedwill and Robbins. In October 2018, Sedwill took over as Cabinet Secretary. Days later, he took over as Head of the Home Civil Service. May considered no other candidates for either role. Sedwill remains National Security Adviser too.

In November 2018 May revealed a more stupid but developed plan for Brexit: a fully specified Withdrawal Agreement (the one in which Britain gives up its rights but not its obligations, and which would keep Northern Ireland in the EU if Britain leaves without a deal).

This was written by Robbins, a few of his favoured civil servants, and the EU, again without Cabinet or Parliamentary knowledge. The civil servant had reversed the authority: the PM was the recipient not the maker of policy made; and the civil servant took more guidance from a foreign power than his own government. His scheming went so far as to strategise how to get it approved by Parliament as a last-minute fait accompli before the Article 50 notice period expired on 29 March, as he boasted in a bar in Brussels in February. He was overheard by a journalist, but perhaps he meant to be.

Sedwill publicly defended Robbins. Approaching 29 March, he wrote to MPs warning them that a no-deal Brexit would decrease security and increase prices, while he coached civil servants on how to defend themselves against accusations of failing to prepare to leave without a deal.