Why Britain needs to engage with Marriage Week 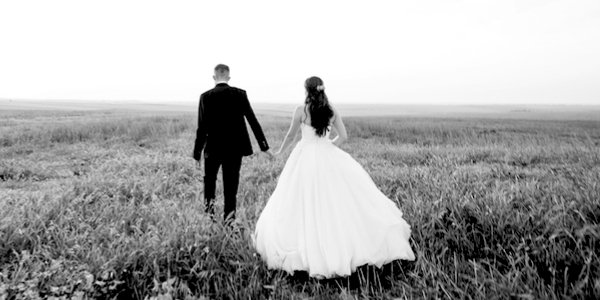 Just over a year ago, a US think tank called the Social Trends Institute published some robust international research that showed that Britain has the lowest level of family stability in the developed world.

Among families with 12-year-old children, the British youngsters were more likely than those in any other developed country to have experienced the movement of more than one adult out of or into their home.

In other words, Britain languishes at the bottom of the league of shame.

Pick virtually any other social indicator you care to mention – poverty, social mobility, education, housing, drugs, health – and this kind of news would dominate the media and political agenda for months, if not years.

Instead, after a handful of appearances by the report’s author in the UK media early last year, we’ve not heard another dicky bird about this.

Fast forward a few months to the general election and you might think this would make it into the party election manifestos. No chance. Zip. Not one word.

We know that nearly half of all our teenagers are not living with both parents, and that the number one predictor of teenage mental health problems is family breakdown.

And this is not a subject worthy of comment?

Our research at Marriage Foundation has shown that the major driver of family breakdown is not divorce of married couples, but the wholesale collapse of unmarried relationships.

Those who dismiss marriage as a mere lifestyle choice of the kind of richer, better educated people who still do marry have yet to explain why family breakdown has doubled in 30 years, yet incomes and education have hardly collapsed in a similar manner.

As Marriage Week begins today, we launch research showing that those who plan their family futures – whether as a couple by getting married or as parents by planning their pregnancy – are more likely still to be together up to 14 years later.

Successful people and businesses plan ahead. So what makes us think relationships and parenting should be any different?

Government may say otherwise but it is deeply involved in the way we structure our relationships. Government regulates marriage because it knows that men who commit for life are more likely to stick around to help mum bring up their children. Government also picks up the pieces when things go wrong. The latest estimate for the direct cost of family breakdown to the taxpayer is £51billion a year, more than we spend on debt servicing and a lot more than we spend on defence.

Yet government, indeed parties of all colours, refuses to acknowledge the superiority of marriage over cohabitation, usually citing some guff about ‘families come in all shapes and sizes’. Yes, obviously. But our public policies don’t condone behaviours that end up costing the taxpayer – such as smoking – just because lots of people do it. Almost everyone cohabits but unless that turns into the formal commitment of marriage before you have children, the odds are stacked against staying together and the outcomes for children start to deteriorate.

So what should government do?

At the moment, government incentivises family instability through tax credits. An unmarried couple with a young child will be up to £7,000 per year better off if they live separately, or pretend to do so. At least 300,000 couples are claiming tax credits as lone parents when they are anything but. Even if this bribe doesn’t directly cause couples to split up, this perverse ‘couple penalty’ actively dissuades couples from making any kind of formal commitment.

On the plus side, and with great reluctance, the government has introduced a poorly targeted married couples tax allowance which amounts to a feeble £212 per year.

The obvious solution is to direct the tax allowance entirely at first-time mums with children under three. In that way, the allowance would be worth thousands and go a long way toward offsetting the perverse and immoral ‘couple penalty’.

But to do that we would need a political class that stands up for marriage.

Of course in their private behaviour, they do. All bar one of the present Cabinet have been married, and 80 per cent are still married. Somehow even those who dismiss marriage as ‘Edwardian’ are married. We all know who that particular hypocrite is.

Indeed among all better-off families, marriage remains very much the norm. Nine out of ten parents in the top income quintile with children under five are married. Compare that with a quarter of those in the bottom income quintile.

The rich marry. Yet they tell the poor it doesn’t matter. Worse, they bribe the poor not to marry.

But unless we are happy to languish at the bottom of the developed world instability league table, and unless we are willing to consign half of another generation of teens to family breakdown, all of us need to get serious about marriage.