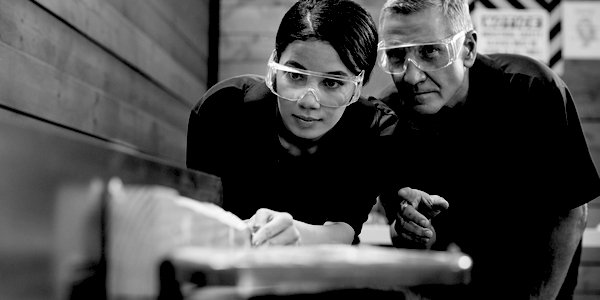 NOW that the Swiss holiday season is over, schools and colleges in our East Switzerland Gemeinde are back at work, and the local newspaper carries a double-page spread eagerly anticipating the start of the new apprenticeship roll-out. As previously reported in The Conservative Woman, the Swiss take the concept of apprenticeship very seriously. Every secondary school pupil not going forward into grammar school, university or employment is found a place as an apprentice. At the end of their stint, often as much as five years later, their employers proudly celebrate their success, and they all get their picture in the local press. The community is proud of them, and they have found an important role in local commerce.

So it’s interesting to compare this with what is happening in the UK. British business leaders have called for the ‘apprenticeship tax’ to be scrapped as unworkable, as numbers of applicants have plummeted just when the country needs its young people to acquire commercially useful skills. The authorities, under the guidance of Anne Milton in 2017, set a target of signing up three million apprentices by 2020. But when the new funding arrangement was introduced, apprenticeship starts fell by 61 per cent. Too many financial disincentives for employers, and too much interfering bureaucracy, said business leaders then, and they have been proved right. (There are no problems that government intervention does not make worse!)

It isn’t only that the numbers that have changed, it’s also the profile. Almost half of all starts in 2017/18 were at advanced level, while intermediate level starts have fallen. The fall is worse in the North East (- 33 per cent) than in the South East (-17 per cent). Almost a third of applicants are now aged 19-24. Those with learning difficulties also declined, from 51 per thousand to 42, and those from BAME backgrounds have declined. (But the BAME start-ups are not out of line with their representation in the total population.)

What is especially alarming is the drop-out rates. The Skills Commission’s recent report, Apprenticeships and Social Mobility, highlights that more than 30 per cent of individuals who start apprenticeships in Britain fail to complete them. And those numbers are getting worse.

The Commission’s reasons for this are interesting. According to Paul Feldman at the educational and research advice company Jisc, they have noted that ‘there is some evidence that young people from more affluent backgrounds, who have the social capital and credentials to navigate the skills system, are more likely to start higher yield apprenticeships.’ He goes on to highlight the potential importance of apprenticeships for ‘those who find accessing the labour market difficult, from care-leavers to the long-term unemployed’. It’s all a million miles from the Swiss model, and what the UK should be planning for.

The key concept employed by Feldman and his public-sector-funded colleagues is this theory of ’social capital’. In the view of Jisc, it is a resource enjoyed disproportionately by the ‘more affluent’ applicants. And it seems to be the thing that counts. So, what exactly is ‘social capital’?

Social capital is defined as referring to those factors of ‘effectively functioning groups that include such things as interpersonal relationships, a shared sense of identity, a shared understanding, shared norms, shared values, trust, cooperation, and reciprocity’. It has been used to explain the superior performance of various groups, the growth of entrepreneurial firms, superior management performance, enhanced supply chain relations, the value derived from strategic alliances, and the evolution of communities. All sounding embarrassingly 19th century.

Come the progressive revolution, it now turns out to mean ‘the aggregate of the actual or potential resources which are linked to possession of a durable network of institutionalised relationships of mutual acquaintance and recognition’. Oh dear – the welfare community of the 19th century morphs into the 20th century old boys’ network, maintaining social advantage for their social class and families. What is difficult to accept is why the sociologists can’t just accept the simple idea of social capital: conforming with the group means we thrive, but step outside and you’re on your own.

And what does this mean for apprenticeships? The theorists assert that social capital underpins educational achievement. It’s about family and community involvement, for example one of the most important factors in promoting student success is the active involvement of parents in a child’s education. Social capital at its most basic. And what the ‘disadvantaged’ seem not to have access to.

So what do Jisc hope to engineer by initiating a ‘student life-cycle’ approach to apprenticeship drop-outs? The essence of the social capital theory is that key word ‘shared’. Values, trust, norms, and so on. But the progressive virus in current social organisation has nothing but contempt for that. Our new norms have been transmogrified into diversity, individualism, doing your own thing. Everything that flies in the face of community, commercial and societal cohesion.

While the children at our local primary school learn all the important things, plus ice hockey and traditional music, they also learn how to be Swiss. But in UK schools they celebrate the fact that there are 30 or 40 first languages spoken at home, and other cultures are what count. Here, it’s about being Swiss – and not just the farmers’ children, but the new Swiss, of all colours and faiths. And if you don’t conform, you won’t be accepted. You have to agree to shake hands, even with a woman.

British schools don’t teach children how to be British. Instead they seem to be ashamed of it, and celebrate everything else instead. This filters down to every aspect of life in the UK, even into apprenticeships. It’s the BAME students who drop out the most – why? Because they haven’t learned the importance of the shared values and norms. Social mobility is all about getting ahead, and it has to be pragmatic. So, Mr Feldman, what are you going to advise your young drop-out apprentices to do?

Share
Facebook
Twitter
WhatsApp
Email
Previous articleThey sold off water, energy and the railways – why not the Beeb too?
Next articleThe BBC’s Nazi series (2): Ash Sarkar and an affront to the Jewish community