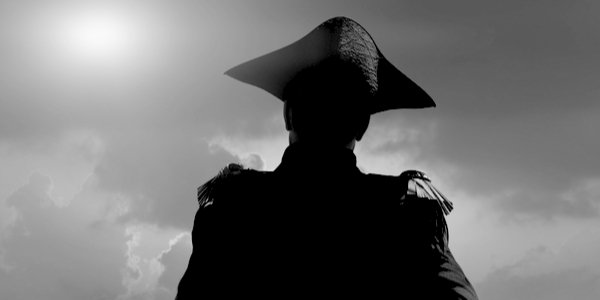 LUCY Worsley, having boarded the slavery bandwagon – as splendidly chronicled by Peter Mullen here on TCW – is now also in the spotlight over the Battle of Waterloo.

In an interview for BBC History Revealed magazine, she was asked if the Duke of Wellington’s triumph over Napoleon Bonaparte on June 18, 1815, was a ‘British victory’.

‘The European allies referred to the battle as the Belle Alliance and saw it as a European collaboration, but from the earliest dispatch sent back to Britain after the battle, Wellington was calling it the Battle of Waterloo after the place it was fought, playing down the collaborative nature of the victory.’

Well, there’s no dispute that Wellington’s forces comprised German, Dutch and Belgian as well as British troops, and that his Prussian allies helped turn the tide against the French by arriving in the afternoon.

As for the name of the battle, the Prussian commander Gebhard von Blücher suggested calling it La Belle Alliance (the beautiful alliance) after an inn near where he and Wellington met as the French fled.

He thought it would be an appropriate choice because, as well as obliquely referring to the site of the battle, it would commemorate the coalition – the alliance – of European nations that had fought Napoleon.

But Wellington apparently wasn’t too keen on having his greatest achievement immortalised by a Belgian pub. Instead, he chose the name of the village south of Brussels where he had made his headquarters and from where he wrote his dispatch to the British government … Waterloo.

To be fair, he did briefly mention the Prussians in his dispatch, saying: ‘I should not do justice to my own feelings, or to Marshal Blücher and the Prussian army, if I did not attribute the successful result of this arduous day to the cordial and timely assistance I received from them.’

But Wellington and the government henceforth did little to discourage the impression that Waterloo was a solely British victory, aiming to boost the morale of the nation after almost 20 years of war with the French.

Tellingly, in 1838, when historian and model maker Captain William Siborne exhibited a gigantic diorama of the battlefield in London, the duke complained that there were too many Prussians on it – and Siborne reduced them from 40,000 to 8,000.
So a British triumph is how Waterloo generally came to be seen, and essentially that is it what it was. With the French finally beaten, Britain would go on to become the world’s most powerful commercial, industrial and imperial power.

Meanwhile, the Prussians still insisted on calling the battle La Belle Alliance and a thoroughfare in Berlin was thus named. Understandably, the French could not bring themselves to use either that name, or Waterloo as used by perfide Albion. Instead, they called it the Battle of Mont St Jean, after the ridge where Wellington had deployed his forces.

So we should be grateful that Wellington brought ‘Waterloo’ into the English-speaking world to serve as a proud landmark in Britain’s history and as a symbol for the crushing defeat of an enemy – not to mention it being adopted as a placename for at least 64 locations worldwide, along with numerous streets, stations, parks, squares, bridges and buildings.

But it is surely popular music fans who are most indebted to the Iron Duke. I mean, can you imagine Abba singing: ‘My, my, at La Belle Alliance, Napoleon did surrender’? Or the Kinks singing: ‘Mont St Jean Sunset’s fine’?