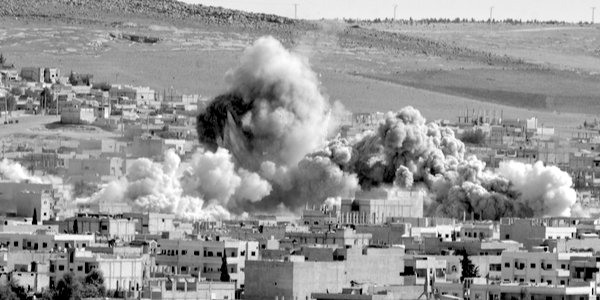 MUCH fuss has been made by various commentators arguing that pregnant ISIS Daesh bride Shamima Begum should be allowed back to the UK.

The majority of the British public, as in so many issues, is given little voice on this subject.

We are told we would be breaking international law if we took away her British citizenship or prevented her from returning. We are told we cannot make her ‘stateless’.

This status is actually not that unusual, and although it does reduce a lot of basic rights, it depends very much on the country in which a ‘stateless person’ is living.

According to UN estimates, there are approximately 12million ‘stateless persons’ in the world, including in Europe, so it is not an uncommon problem.

What is important is to give the protection of British citizens priority over the so-called ‘rights’ of someone associated with ISIS Daesh. We should not be making it okay to come back into UK society as if the person concerned had been on a holiday jaunt.

As well as the terror in Iraq and the Middle East, we cannot and should not forget the IS-inspired terrorist attacks in the UK as well as worldwide. To allow people like Ms Begum back into the UK is like dancing on the graves of the victims of those murdered in the Manchester terrorist bombings and other IS inspired terrorism acts in the UK. It is tantamount to sanctioning such actions, and these people must realise there will be serious consequences for them, if they want to destroy the very society which gave them citizenship.

What should happen with Ms Begum is that she should be handed over to the Syrian authorities for questioning, the same as her husband. The Syrians and the Kurds are the only people who really have the full intelligence about what ISIS Daesh supporters, such as Ms Begum and her husband, have been up to. UK intelligence is simply not as informed on these issues.

Little is said of Ms Begum’s Dutch Jihadi husband, who surrendered to the Kurdish dominated SDF. Under Shia law, her baby would have the name of her father, not her mother, unless she was raped (and there is no suggestion that she entered this marriage other than completely willingly).

Why does Ms Begum want to leave Syria and her husband? For someone so committed to him why does she want to leave him, or is she acting under his instructions? Her story, like those of many jihadists returning from Syria and Iraq, could well have a great deal of fiction in it. They are advised to be inventive with what they have been through. We do not even know if her story about losing two children is true. We do know that ISIS Daesh have told their followers to go to Europe and carry out campaigns of destroying our societies here. Already in the UK alone, over 425 ISIS fighters have returned – hardly a comforting thought.

Then there is the issue of who should look after the baby once born? Are she or her husband fit persons to be parents? Are her own family in England fit persons either?

Ironically, the best option might be for Ms Begum, her husband and child to remain in Syria. In the interests of justice, the Kurds and the Syrian government should be able assess how culpable either of them may have been in any acts of murder and/or brutality. If they are innocent of anything too untoward, then the Syrian government has a successful reconciliation scheme where former jihadists are allowed back into normal society providing they renounce terrorism.

Considering the horrors that ISIS Daesh have inflicted on the Syrian people, would not the best future for Ms Begum and her husband be to pay back to that society by contributing to its rehabilitation and bringing up their child there? They both turned their backs willingly on what the UK and Holland offered them, so now is it not appropriate for them to reap as they sowed?