Broken families that the Left couldn’t care less about 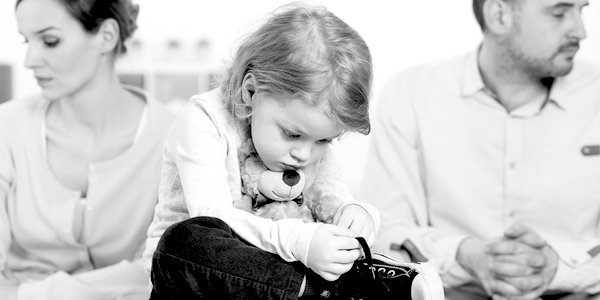 Last weekend, the Leftists in the US joined #KeepFamiliesTogether marches in response to the practice of separating adults who had illegally entered the country from their children. This separation was due to a combination of dodgy court decisions and Trump cracking down on illegal immigration.

I have explained the difficult decisions that must be made in relation to immigration and I believe that if at all possible families, even those who cross the border illegally, should be kept together and those that have been separated should be reunited.

However, it does stick in the throat somewhat, it does make me want to smash my computer to smithereens, when I see the no-border Leftists pretend that they are now the champions for the family.

Here are a few examples of the Leftists not giving two figs for the plight of their fellow Americans when their families start falling apart.

To my knowledge there has been no hashtag for the children who have lost their families to drug addiction. They don’t make the grade, it seems. The opioid crisis is ripping across America, leaving thousands of children in foster care or with grandparents but I hear very little from the Leftists on what to do to stop this disaster.

Here you can read a report from NBC News which says: ‘Across the US, soaring use of opioids has forced tens of thousands of children from their homes, creating a generation of kids abandoned by addicted parents, orphaned because of fatal overdoses or torn from fractured families by authorities fearful of leaving them in drug-addled chaos.’

NBC says the US child welfare system is grappling with an unprecedented crush of parental drug cases and quotes Judge Marilyn Moores: ‘This isn’t a trickle. This isn’t a wave. It’s a tsunami.’

These kids are being separated from their families but they don’t get a protest march. They are not worthy enough.

The black family is also not in great shape since the US welfare system set up all kinds of dangerous incentives for mothers to go it alone. This, along with the crack cocaine epidemic and a disproportionate incarceration of black men, leaves many kids without fathers. Many black children have been separated from the fathers or never had the benefit of a married or resident father to begin with. Similarly, they get no march.

This article from the Leftist Huffington Post tells me that even though most black fathers live with their children (about 2.5million men) a full 1.7million don’t. Some of these fathers in the 1.7million bracket will be involved in their child’s life, but the family is not together. This should greatly concern the marchers who want to #KeepFamiliesTogether. Yet the silence is deafening on this one.

The US divorce rate was famously at around 50 per cent and hovers today around 42-45 per cent. Whichever way you cut it, that is still a lot of heartache, a lot of family homes being smashed up and a lot of children seeing at least one parent less frequently than before. There is absolutely no interest in keeping these families together, however; again they are just not fashionable enough.

Finally, let’s not forget the millions of very young children in the US separated from their mothers for up to ten hours a day in ‘childcare’. Childcare facilities in the US can leave a lot to be desired. This Washington Post article tells me it is extremely difficult to close down even terrible daycare centres which are in total disarray, with ‘feces smeared on the walls’, because parents are so desperate to keep them open.

In some rare cases children will die. In this tragedy, a three-year-old boy was found dead in a van outside a childcare centre in Orlando after a worker allegedly forgot about him, leaving him in the van for nearly 12 hours. A baby in an unregulated day-care facility was accidentally strangled by a car seatbelt, and there are sadly other cases such as these.

So, no, I am not convinced the Leftists really want to keep families together since many of their policies have contributed to the destruction of the institution. It’s almost as if they don’t care about their fellow Americans and instead prioritise the needs of those families entering the country illegally. Just why they would do this remains a mystery.