Brussels and Sage – a recipe for repression 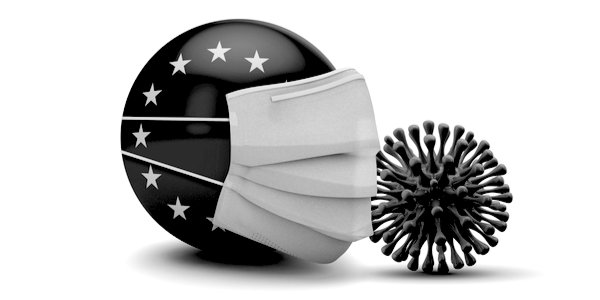 THE UK has scrambled out of the EU, partly. The appalling terms of the deal mean that EU regulations and controls remain strong despite all the PM’s rhetoric, as several nights of violent protests in Belfast clearly show. The UK has astonishingly agreed to be the EU customs officials in filtering goods and services between mainland UK and its loyal province, and the EU is not agreeing to a ‘light touch’ interpretation of this monstrosity. The obvious solution to this non-problem is and was a digitised system of customs clearance between Eire and NI, but that would have removed the weapon chosen by the EU to damage the UK.

The deal is a wonderful success for the EU in safeguarding its massive trade surplus with the UK, while damaging UK exports to the EU. The UK has agreed to 19 committees to supervise UK divergences from EU regulation, and probably also another on financial services instead of taking the EU to court for breach of basic WTO obligations. So we are in reality not clear from the EU gravitational pull at all, and the UK establishment is full of Remainer/Rejoiners at high level, acting for the EU in effect. We are not free from Brussels.

Just as we voted for democracy over technocracy in the Brexit referendum but have been hampered by our anti-democratic euroholics at every turn, so we can perceive a very similar political addiction in the government’s alleged project of returning the UK to its normal liberal democratic freedoms. These were taken away by our health bureaucrats as our national response to the Covid pandemic. Under severe restrictions on our freedoms, government told us that locking us down was the only way to save the NHS and save lives from the virus. The lockdowns have clearly not worked in the unrealistic aim of eradicating the virus, nor in coping with the virus, and the NHS hospitals, while coping heroically with the winter surge of cases, also acted as major spreaders of Covid. Florence Nightingale knew about isolation hospitals for highly transmissible diseases but our health bureaucrats ignored her wisdom and did not use the Nightingale Hospitals for this purpose, nor did they deploy the reservoir of student nurses – and for the next winter surge we will have no isolation hospitals and no accessible pool of extra emergency nursing staff. Nothing has changed. The fact is that if we do get a surge in the winter, when respiratory cases rise, the government is keeping the lockdown hammer as its one instrument of response. We were told ‘test and trace’ would turn the tide and control the epidemic, but that has been described as a ‘mess’ and even counter-productive.

We were told that the first lockdown was a gain in the battle, then another surge brought another lockdown. Then we were told a vaccine was to be our salvation, then despite a surprisingly efficient vaccination programme, and ‘the data’ showing that we are on the way out of the epidemic, it was announced that the lockdown restrictions can only be very slowly lifted, with small businesses and pubs being sacrificed as we speak. And these restrictions of social distancing and mask wearing will be kept after the ‘end’ of lockdown. We are not going to be free for a long time; we are being dragged back as we are told we are free.

And we are told that we will have to have vaccination passports, and will need to test ourselves twice a week, despite being fully healthy! It seems that our government is now addicted to micromanaging our lives in totalitarian, bureaucratic fashion. Just as with our semi-escape from Brussels technocracy, so with our semi-escape from uniquely repressive restrictions on our lives in all aspects, this is a fake and we will be stuck with loss of freedoms for an unspecified time. The depth and width of the freedoms lost include those of religious practice, social life, family life, freedom of speech to criticise the restrictive laws, travel within and out of the country, stopping basic schooling, the misuse of the police in enforcing these restrictions. The public has been psychologically coerced and scared into accepting all this with little complaint. The MSM has acted as government loud-hailer with little criticism, despite what is now a tsunami of high-quality scientific evidence against lockdown and devastating criticism of the ‘modelling’ that lies behind the harsh totalitarian regulation of life. We have been manipulated into compliance in an abusive fashion.

So we are semi-free from Brussels and semi-free from Sage’s ‘experts’ who apparently dictate policy through a glove puppet PM, lacking in sufficient wisdom to declare an end to  the epidemic, as well as to implement a real Brexit and a real end to vassalage.