Bursting at the seams, but UK’s population explosion continues 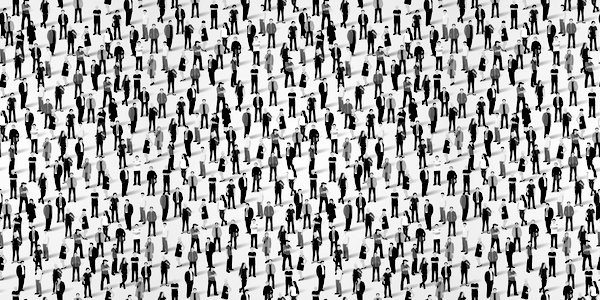 The population of the UK is projected to increase by 3million (4.5 per cent) in the next decade, from an estimated 66.4million in mid-2018 to 69.4million in mid-2028. This is official. It was revealed by the Office for National Statistics yesterday.

It should be headline news, but at the time of writing it didn’t even feature as an item on the BBC’s News online home page, prompting the question of what exactly do we pay the licence fee for?

To its credit the Times led on the story but it is on no other front pages today.

If the mainstream media is sanguine, Migration Watch is not:

The @ONS population projections underline how crucial it is for post-Brexit border reforms to deliver a significant reduction in the level of net arrivals. No wonder 30 million people – 3 in 5 UK adults – wish to see this happen ? pic.twitter.com/PfZT4pByY6

Migration Watch UK is the think tank that studies and assesses such data and keeps us informed:

'The UK’s projected [population] growth between 2018 and 2040 is much higher than the EU average. It is also the highest growth rate among the four largest nations in the EU'. https://t.co/DDaQezHGS0 pic.twitter.com/SkoEFR4qOs

When its chairman Alp Mehmet says that it is a staggering projection, he needs to be taken very seriously indeed:

‘What the ONS is saying is that, if the level of net migration remains at about the average of the past five years, the population will rise to 71million within 15 years, or another five million people. In such a scenario, more than 90 per cent of the increase would be due to the impacts of new immigrants and the children they then go on to have in the UK.

‘Looking further ahead, if net migration continues at that level then by the time a child born this year reaches his or her 18th birthday there would be another 6.3million people. This will mean further unbearable pressure on housing, transport, schools, university places. The impact now is huge but it will be even greater on the next generation.’

He is also stresses that these figures underline ‘how crucial it is for post-Brexit border reforms to deliver a significant reduction in the level of net arrivals’. He is right to do so, because a commitment to reduce overall numbers is not even on the Government’s agenda, though you might think that it was a bit more urgent than climate change posturing.

Will Boris now announce that he will chair a National Migration Crisis Cabinet committee?

He ought to. Nothing less is needed. England is already fit to bust.

England just happens to be, in case you didn’t know and in case anyone in Parliament or at the BBC is listening, the fifth most densely populated country in the world. Yes, it is right up there with Taiwan, South Korea and Rwanda, and Bangladesh at number one.

Will these ONS figures prove to be the wake-up call which gets the oh-so-liberal (it doesn’t affect me) establishment to take the question of our exploding population and already densely populated country seriously? I somehow doubt it.

But it’s not unreasonable to ask, where are all these people going?