Can DeSantis avoid the traps that caught Trump? 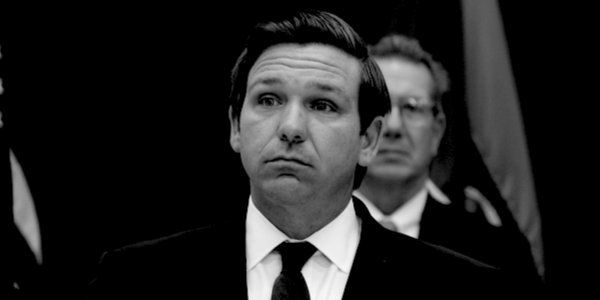 I’VE been watching Ron DeSantis, the Governor of the fine state of Florida, for a couple of years now and I must admit to being quite taken with him. This is unusual, because I have scant regard for politicians.

I had great hopes for Tony Blair, ‘a pretty straight kind of guy’ before he morphed into B.Liar and lost all credibility with his joint war enterprise with Bush in Iraq and his globalist posturing.

I never liked Bill Clinton. Despite his hometown-boy persona and his alleged affection for the UK, my lecher radar pinged every time he came on the screen. As for Hillary, she is a hypocrite and a proven liar – Lady Macbeth without the charm.

Barack Obama was ‘the great white and black hope’. Child of a white mother and a black father; a glorious orator. People of all colours voted him into the White House twice, but he did little to improve their lot and eventually threw his lot in with the Marxist black victimhood agenda: a real disappointment.

Boris Johnson, the classically educated, sometimes intentionally comic ‘libertarian’, is perhaps the most egregious disaster to date in a strong field. Elected in 2019 with the biggest Conservative parliamentary majority since Mrs Thatcher, he has since capitulated to his totalitarian masters and sold his country in obeisance to the Great Reset.

Donald Trump was quite literally a shock to the system. According to a persistently hostile legacy media he was the most corrupt, sexist, and racist grifter to ever debase the office of US President. Yet he managed to ‘put America first’; to take on the CCP, give notice to freeloaders in NATO, move the US Embassy to Jerusalem, and withdraw from the expensive ‘green’ fantasy that is the Paris Climate Accord.

Reducing taxes, he increased the number of jobs held by blacks and people of Hispanic heritage, appointed as many women judges as Obama, and put the US back on the road to being self-sufficient in oil and gas, but it was never going to be enough. The liberal elites harried and pursued him aided by the media, bureaucrats in Washington, the CIA, and Big Tech – his defeat was inevitable.

What came after was Biden and Harris. Enough said.

Ronald Dion DeSantis has a more immediately acceptable public persona than President Trump. He comes from a ‘blue-collar family’ and graduated with honours from Yale University, where he captained the baseball team. He studied at Harvard Law School and joined the US  Naval Justice Department, where he earned a commission as a Judge Advocate General’s officer. He saw active duty at Guantanamo Bay and in Iraq and was awarded the Bronze Star Medal for meritorious service and the Iraq Campaign Medal.

He became a public prosecutor and is a strong advocate for fully funded policing and first responders.

He was elected to Congress in 2012, and according to his website  he refused his Congressional pension and health insurance plan ‘because he is against special deals for politicians’. He says that ‘the Founding Fathers envisioned elected officials as part of a servant class, yet Washington has evolved into a ruling class culture’.

He opposes gun control and says: ‘Very rarely do firearms restrictions affect criminals. They really only affect law-abiding citizens.’ He is against abortion on demand and has voted consistently to protect the rights of the unborn. He is actively supportive of Israel: in 2013, he introduced the Palestinian Accountability Act, to suspend aid to the PLO authority until it stopped ‘supporting the terrorist group Hamas’ and formally recognised ‘the right of the State of Israel to exist’.

He became Florida’s Governor early in 2019 and has since pursued a high-profile agenda that has garnered strong national Republican support. He has had his run-ins with Big Tech and supported legislation to remove their privileges and prevent further political censorship.

He is an advocate of strong borders and has attacked President Biden’s lax approach to Southern border security and his chaotic mismanagement of people and drug trafficking.

In June, DeSantis insisted that Left-wing critical race theory (CRT) be removed from public schools, saying: ‘Teaching kids to hate their country and to hate each other is not worth one red cent of taxpayer money.’Politico reports that such actions are attracting big donors to his cause.

On Covid, he has been increasingly characterised as a maverick and accused of putting his political ambition before safety. Disinclined to enforce masking and lockdowns, he has tried to protect the vulnerable, support the economy and keep schools open. He has opposed all of Dr Fauci’s advice and rejects vaccine passports absolutely. He is constantly pilloried by the media.

To try to counter the spread of ‘unconstitutional vaccine passports’ he has effected state legislation banning them. From September 16 any business which requires proof of vaccination could be fined $5,000. ‘No Covid-19 vaccine is required by law’, the order states, adding that ‘vaccination records are private health information’.

He is also resisting Biden’s plan for all businesses with more than 100 employees to ensure their workforces are fully vaccinated or show a negative test at least once a week. DeSantis Responds to Biden’s Vaccine Mandate: ‘In Florida, We Will Fight Back’ (theepochtimes.com)

There is widespread speculation that DeSantis will run for President. If so he will doubtless face the same bear traps as Trump, but let’s hope he is wily enough to avoid them.   Attachments area