Canadian truckers are the wrong kind of protesters 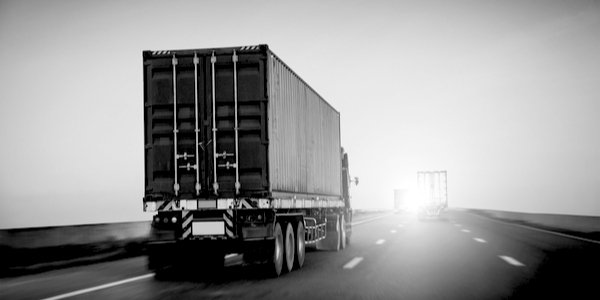 A MANTRA much employed by Canadian Premier Justin Trudeau is ‘diversity is our strength’. That is, except when the little people disagree. The authoritarianism of the progressive left is paraded openly in Trudeau’s Canada.

The Freedom Convoy began as a reaction to the Trudeau government’s introduction of a rule saying that truckers who crossed the Canada-USA border would have to be vaccinated otherwise whenever they returned to Canada they would have to go into quarantine. This was in effect saying to the truckers, ‘Either you obey us and get vaccinated or you get out of work.’

In response the truckers did not meekly line up for a medical procedure which they thought they did not need. They got into their 18-wheelers and drove across the country to the capital Ottawa where for days now they have been making their protest in front of the parliament building and blocking the streets.

The mainstream media is portraying the truckers as ignorant redneck vandals out to destroy the nation’s cohesion and enforce their far-right ideas on the vast majority of peace loving, quiet, caring Canadians who just want to be safe. This ignores the support which the convoy has been gathering throughout Canada despite the media’s continually pushed viewpoint.

As well as the media generally, Silicon Valley and Big Tech have worked hand in glove with the Canadian government, to the point of the crowdfunding site GoFundMe’s outrageous threat to take the $10,000,000 dollars sent to support the truckers and if it was unclaimed by the original donors give it instead to charities of GoFundMe’s choice.

Thankfully, GoFundMe have partly backed down from their blatantly ideological move for two reasons: the angry reaction from the public and the threat by Ron DeSantis, conservative governor of Florida, that he would initiate an investigation into GoFundMe, accusing them of fraud. What they have done instead is to take down the truckers’ page on their website and automatically return the money to the donors, thus essentially defunding the convoy.

GoFundMe had cited reports of violence on the convoy as the reason for their proposed action. As of writing, amongst those who have driven to Ottawa there have been three arrests. Despite declaring a state of emergency, Ottawa Mayor Jim Watson is ‘reaching for it’ when he complains that the truckers are showing ‘insensitivity’ by creating noise and ‘turning it into a party’. If GoFundMe consider this an outbreak of extreme violence worthy of taking the money belonging to others, they can never have been to a Rangers-Celtic match.

GoFundMe had no problem with the disorder and rioting which plagued the USA last year. The site raised hundreds of thousands of dollars for the Portland General Defense Committee to defend rioters who set fire to police stations, vandalised the city hall, wielded weapons and injured police officers. GoFundMe continues to raise money for Black Lives Matter NYC to enable this self-defined ‘highly disruptive’ group to engage in ‘civil disobedience and disruption’.

Not to be outdone, Facebook has removed a page promoting a Freedom Convoy in Washington DC and deleted the personal account of the trucker who set it up. This is the same Facebook which still carries pages extolling the progressive, self-righteous, middle-class dropouts of Insulate Britain who glued themselves to roads and buildings thereby disrupting the lives of thousands of working class people who just wanted to get to work.

It’s not just that GoFundMe and other arms of Big Tech support this progressive brand of civil disobedience. Behind it all is a view of the kind of society the progressive left wish to create in Canada, the USA, the UK, throughout the West and wherever its tentacles reach.

We have to grasp that we are in the midst of a new class war. The classes in conflict are not the socio-economic classes of classical Marxism, although that does have an impact. The classes are ideological groupings. The truckers are the wrong kind of demonstrators. They are largely white, working and middle class, conservative and freedom-loving; some of them are even, horror of horrors, Christians. They drive trucks and get their hands dirty at work, wear baseball caps and honk their truck horns, in short they are not ‘our kind of people’.

The reaction to the truckers’ protest from government, media and Big Tech is not at root about vaccination: it is about hoi polloi, the little people, having the temerity not only to ignore but to blatantly reject the ‘advice’ of the elites. The protest is about people who have had it with government and media authoritarians and are, in effect, sticking two fingers up to them. The governing elites cannot abide the idea of grassroots democracy. That is why the elites demand they must be stopped.

Robber barons in the past like Vanderbilt, Morgan and especially Andrew Carnegie were not above using strike-breakers to enforce their will. This caused a strong reaction amongst the ordinary people who sometimes organised boycotts of their companies. The question we have to ask ourselves is: Do we really want to keep financing social media organisations which scorn us and seek to marginalise, manipulate and control us?

This Sky News Australia report on the Canadian Truckers protest and the GoFundMe outrage, introduced and concluded by Texan Senator Ted Cruz, reviews the whole story and its background. It is well, well worth watching, showing how the convoy has turned into a much larger demonstration against government overreach, which in turn has brought senior US politicians onside and against Big Tech’s attempts to crush freedom.