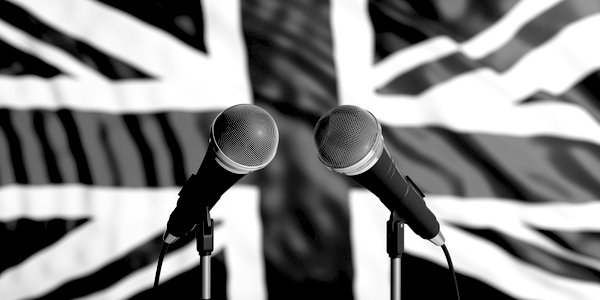 FORGET John Logie Baird and his gift of television; ignore Alexander Fleming discovering penicillin; cast aside Tim Berners-Lee for having developed the worldwide web – none of these is our country’s greatest achievement. No, according to Dutch ‘animation artist’ Julia Veldman, the best of Britain is our boy bands.

Ms Veldman was born in 1988, so one doubts she is thinking of the Bay City Rollers, Bros or even East 17. Also, she might be overlooking the salient detail that for Westlife and Boyzone the finger of blame points to Ireland rather than Great Britain.

‘I cried, I really cried my heart out,’ admits Ms Veldman. However, those Dutch tears were not in response to the breakup of JLS or One Direction; her grief was over the UK voting to quit the European Union: ‘It was so unexpected and overwhelming and it made me feel powerless.’

Rather than just raging under the hashtag #FBPE, to articulate her protest Julia Veldman took the unusual step of creating a pro-EU boy band. She has ‘spent a year auditioning members who could sing and dance’ – when did talent become a requisite? – ‘and [who] also believed in Britain’s lasting relationship with the European Union’.

The result is a troupe named, ahem, Breunion Boys. The five-piece line-up does not – more’s the pity – comprise psychotic Remainers Andrew Adonis, Alastair Campbell, A C Grayling, James O’Brien and David Schneider; instead, it is a quintet of continental twenty-somethings straight from Central Casting.

First impression is that Breunion Boys must be a spoof: Spinal Tap reinterpreted by Brexiteers. But unless the story is an elaborate hoax, everyone involved does appear to be entirely serious. According to reports, ‘The band hopes to tour British pubs to get their message out’; their pro-EU act is unlikely to be booked for J D Wetherspoon by chairman and outspoken Leaver Tim Martin.

On the group’s website, member Pablo – ‘a man of few words and many moves’ – proclaims: ‘The EU has given me the thing that defines me: my love for dancing.’ Which raises the question: without having had the beneficent EU to inculcate their devotion to dance, how on earth did terpsichorean titans such as Fred Astaire, Gene Kelly and Lionel Blair ever succeed?

Prancing Pablo and his pals have just released their first – and, one hopes, last – song intended to change our minds, titled Britain Come Back.

‘Britain, you’re great, but together we’re greater’ sums up the song’s general sentiment. And although the band offers assurance on behalf of the EU that ‘we can change’, that lyric remains a worthless political declaration which has not been written into the legal text of the Withdrawal Agreement.

For Julia Veldman, this venture represents her ‘final, desperate, ultimate attempt’ to keep Britain in the EU – ‘desperate’ being the operative word.