NewsPaperthe art of publishing
HomeNewsCancelled, cleared, then fined – the price of free speech for a...
184

Cancelled, cleared, then fined – the price of free speech for a lawyer

I WAS ‘called to the bar’ thirty years ago. Then it meant being free fearlessly to champion the cause of justice in a profession that respected the self-employed and independent status of barristers. Yet for me the word ‘bar’ has now come to have another meaning – a bar on expressing opinion and freedom of speech. For expressing mine, in circumstances entirely unrelated to my professional work, I was expelled from my chambers; and though now exonerated, I have been fined £500 by the bar’s regulator on a newly minted charge.

I wrote about my ‘cancellation’ from my chambers at the time here. A quango had tweeted its view that the Equality Act had properly enabled a black schoolgirl to disregard a school uniform policy. I disagreed with this view, and tweeted that ‘The Equality Act undermines school discipline by empowering the stroppy teenager of colour’. In response to a pile-on, in which shadow cabinet member and barrister David Lammy took part, I explained the reasoning behind this tweet, which Twitter had already decided breached none of its stringent rules.

To their credit, writers in the Times, the Lawyer and Spiked came to my defence. The Critic published my story. But the barristers’ professional policeman, the Bar Standards Board, laid charges against me for bringing the profession into disrepute. It investigated the school uniform tweet and for good measure added a further 18 of my tweets to its indictment.

In a written submission responding to this I explained that these charges were politically motivated and baseless in law; they were an abuse of power that was ‘to undermine the basic building block of our democracy which is the right to hold and express opinions on issues of public interest’.

The BSB has finally exonerated me for the school uniform tweet on the grounds that I was ‘expressing [my] personal political opinion on a piece of legislation’, taking six months to make a statement of the obvious that should have taken six seconds.

That nothing was found wrong with the tweet that secured my expulsion from chambers and ended my professional career is significant. All those who called for my professional cancellation should now reflect on how they behaved; lawyers amongst them might ask if it was not they who have brought the profession into disrepute.

But while the BSB ruling cleared me of 18 of its charges, it fined me on a 19th, a tweet from me calling for the reinstatement of free speech.

According to the BSB, this expression of my opinion was likely ‘to diminish the public’s trust and confidence in me or the profession’. For stating something that is to many people undeniably true and to others a statement of justified opinion, I have been fined £500.

Mr Salih, whose tweet the day after the savage beheading of teacher Samuel Paty by an Islamist in Paris I responded to, had called for the satirical magazine Charlie Hebdo to be ‘shut down immediately’, with the implicit threat that freedom of speech means civil war.

This was a matter of public interest and indeed concern. The 2016 report on integration by Dame Louise Casey which noted how ‘some [Muslims] are expressing more regressive attitudes towards . . . freedom of speech and are, in a small minority, expressing greater sympathy for violent extremist action’ is in the public domain. Evidence of the danger of such attitudes has emerged since on a number of occasions, most recently seen in the Muslim protesters outside Batley Grammar School who reportedly forced a teacher into hiding fearing for his life because of a lesson he gave on blasphemy.

The BSB’s conduct in fining me for this tweet is deeply concerning. It challenges the two principles on which a free society is built. Firstly, that in a democracy everyone has the right to express a political point of view, save for limited exceptions with suitably high and clear thresholds, such as those set out in the Public Order Act 1986 which criminalises threatening words used with the intention of stirring up religious hatred. The thresholds applied by the BSB were incredibly low: stating that my impugned tweet ‘would not only cause offence but could promote hostility towards Muslims as a group’. The trigger of causing offence and possible hostility towards a group is so subjective and broad that almost anyone who engages in political argument could fall foul of it. The BSB has given itself powers to curtail speech that go beyond anything that Parliament or judges have given to the criminal or civil law, as so well explained here.

Secondly, the BSB has disregarded the rules of natural justice. I was originally charged but later exonerated for tweets that were ‘designed to demean or insult’ individuals. The charge for which I was fined (causing offence and possible hostility to a group) was one never put to me, and acted on by unidentified bureaucrats from behind closed doors, who I was given no chance to see or address.

It is a cardinal principle of liberty, as noted by Lord Sumption when quoting American founding father John Adams, that there must be ‘a government of laws and not of men’. Or, to put it another way, offences must be established by laws that are certain and fair and not by administrators exercising a broad discretion. When the former yields to the latter, prosecution becomes persecution.

I will appeal against the BSB’s ‘administrative sanction’ and continue the fight for free speech, including for the right of barristers to play a full role in the political life of the nation. Free speech can die in many ways, whether at the hand of terrorists spreading fear, keyboard activists seeking cancellation or administrators imposing unjust fines. None of them must be allowed to succeed. 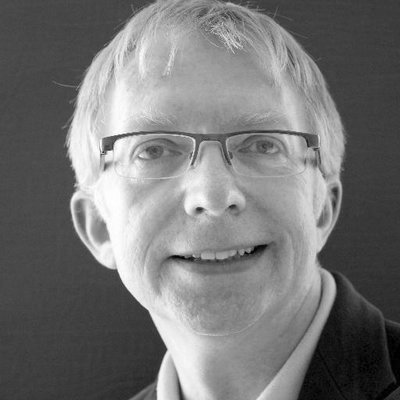