NewsPaperthe art of publishing
HomeNewsCandidate of the day: Gerard Batten
0

Candidate of the day: Gerard Batten 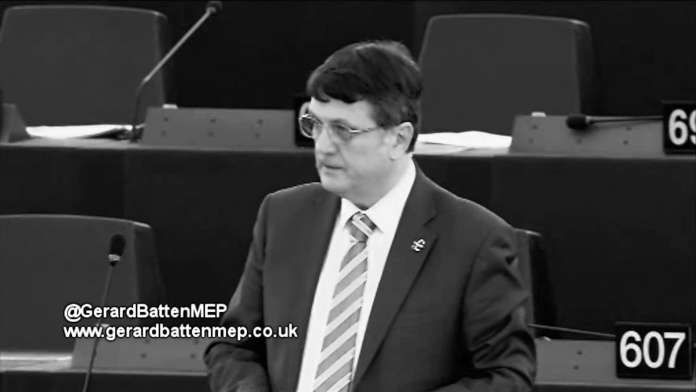 A founding member of UKIP and a London MEP since 2004, Gerard has written extensively on the dangers of EU police and criminal justice measures and has been fiercely critical of the European Arrest Warrant, warning it is “an extremely dangerous attack on the English Constitution and our centuries-old liberties.”

Batten stands up for what he believes in, and is regularly attacked by the lefty media for doing so, most recently for his proposed Muslim charter of understanding.

In the dreadful Channel 4 propaganda drama ‘UKIP: The First Hundred Days’, UKIP won in the market town of Romford.

In reality, Batten has an extremely difficult mountain to climb as the incumbent Andrew Rosindell boasts almost a 17,000 majority.

The Conservative Woman wishes Gerard well in his campaign as we want to see more politicians in Westminster who stand up for what they genuinely believe in.