NewsPaperthe art of publishing
HomeNewsCaring female firefighters to the rescue (so long as you don’t weigh...
226 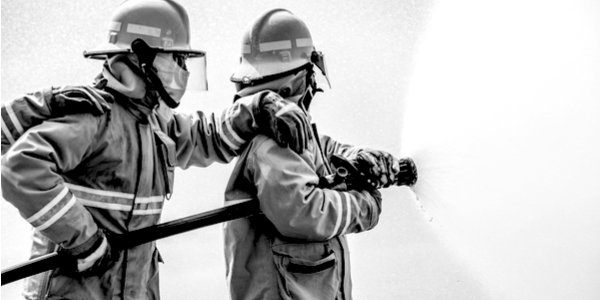 A GIRL of four tells her mother that she wishes to be a boy and become a fireman: ‘I’ve seen in books they are all boys and I don’t want to be the only girl.’ Having reassured her daughter that ‘girls can be firefighters too’, does the mother then a) spend a short time showing her child the ample evidence, readily available online, that women can and are front-line firefighters; b) spread the tale of her infant’s confusion by tweeting #FirefightingSexism; or c) contact Mermaids for advice on how her daughter can best transition to become her son?

Thankfully, Mummy did not take seriously the four-year-old’s expressed desire to be a boy: she drew the line at extreme option c). But for Hannah Summers, a freelance journalist who obviously sensed the opportunity to create a little ballyhoo, providing daughter Esme with a few minutes of private education evidently held less appeal than using social media for some feminist fishing.

My 4yr old came home yesterday saying she wished she was a boy so she could be a fireman. When I said girls can be firefighters too she said ‘but I’ve seen in books they are all boys and I don’t want to be the only girl.’ Any good vids/books I can show her? #FirefightingSexism

Taking the bait were female firefighters from all over the world, not just the UK, who sent messages of encouragement to the four-year-old. No doubt young Esme enjoyed the attention, though the ensuing publicity is unlikely to have excited the child nearly as much as it did her Twitter-trending mother.

The respondents to #FirefightingSexism naturally included London’s fire chief Dany Cotton, the woman who previously vowed to ‘change the perception of [a firefighter being] a six-foot, hairy-arsed bloke’.

Among the first to react to the mother’s tweet – ‘Hi Esme, we’re firefighters and we’re girls!’ – were women from the West Midlands Fire Service (WMFS). Doubtless they all do sterling work, though evidently it was a quiet shift in the Black Country on the day of their reply.

We received this message: "My 4yr old came home saying she wished she was a boy so she could be a fireman. When I said girls can be firefighters too she said 'I’ve seen in books they are all boys -I don’t want to be the only girl.’Our crews have responded! #firefightingsexism pic.twitter.com/7TrHrtxQgJ

WMFS has in fact been singled out for praise by the Home Office for having ‘shown what a future firefighting force can look like’. Should anyone doubt what this means, the ostensibly Conservative Minister for Police and Fire Nick Hurd (son of Douglas) has parroted the nostrum: ‘It’s time for the workforce to fully reflect the public it serves.’

WMFS previously reported that in 2016 its operational workforce was 5 per cent female and 11 per cent BME. These lowly figures presumably were why West Midlands subsequently ‘changed its approach to recruitment in January 2018’.

‘Ever thought of being a West Midlands firefighter?’ asks the website Be A Firefighter, which pictures on its home page only young women, the most prominent of whom is wearing a hijab. Although WMFS acknowledges that ‘responding to emergencies is what we’re traditionally known for’, this core function has become passé: being a modern Midlands firefighter is advertised as the ‘perfect job’ for a ‘caring, empathetic individual with a high level of emotional intelligence’.

Although in 2016 the West Midlands firefighters were only 5 per cent female, amongst non-operational workers women were in a sizeable majority (57 per cent). Oddly, there is no indication that WMFS has sought to address this imbalance by hiring more male support staff; on the contrary, its advertising for all roles remains female-focused.

In August last year the Birmingham Mail reported that during 2018 the proportions of newly recruited firefighters had risen to 33 per cent female and 32 per cent BME. But for the West Midlands Fire Service, still this is nowhere near enough: the aim is that by 2020/2021 its intake of new firefighters should be 60 per cent female.

Yes, 60 per cent female. Paradoxically, this nonsensical target – surely impossible to achieve without discriminatory recruitment – seemingly is a direct reaction to the West Midlands brigade having previously found that at one point ’36 per cent of female candidates dropped out of the recruitment process because they did not believe they would ever be fit enough to pass the tests’.

A sensible interpretation of this would have been to accept the massive failure rate as evidence that at least some of the requisite attributes for a front-line firefighter, including brute strength and physical courage, are much more likely – though not exclusively – to be male characteristics. Instead, Ann Millington, Chair of Workforce Committee for the National Fire Chiefs Council, regards operational gender disparity as cause for concern and reason for remedial action: ‘We need to get away from the image of a male-dominated sector, with traditional masculine roles.’

Fire brigades now downplay the physicality desirable in a front-line firefighter – an attitude directly approved by the Home Office which, according to the Birmingham Mail, issues ‘advice on how to improve strength and physical fitness which reassures applicants that [passing the tests] may be easier than they think’.

A Home Office document titled ‘Preparing for the Firefighter Fitness Test’ clearly aims to foster more female passes by emphasising that it is less difficult than women might imagine to train sufficiently for physical tests such as dragging – not carrying – for 30 metres (98ft) a body weighing 55kg (8st 8lb).

All of which provides encouragement for young Esme. But should she go on to qualify and subsequently have to rescue a casualty considerably heavier than that modest test weight, the future firefighter might again, like her four-year-old self, wish she were a boy.