Caroline Farrow: Designer babies go missing from the Dolce and Gabbana collection. Science is on their side 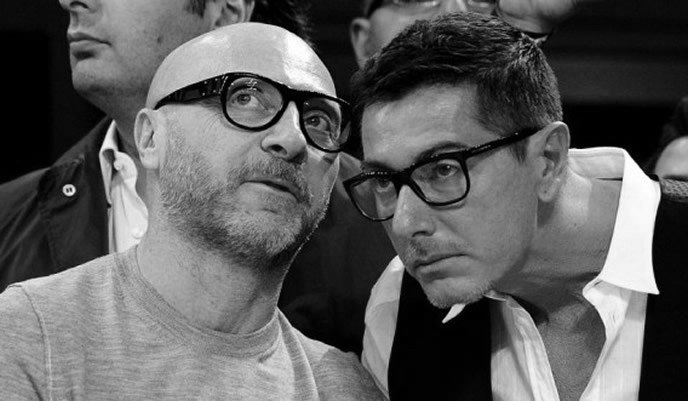 Last week my son made his entrance into the world with a mewling cry, the sound that every mother longs to hear in those anxious moments immediately after childbirth. Once the baby had been safely delivered, the cord cut and the initial checks swiftly carried out, the implacable, screaming little bundle who was growing more and more furious with every passing second, was placed naked on my chest, in the skin-to-skin position. The crying immediately ceased, replaced with grunts and sighs of contentment.

Physical proof – if any were needed – that babies really do have an innate craving for their birth mothers, that no-one else, no matter how well-meaning, can satisfy. My experience is by no means unique – countless mothers and fathers will testify to how their newborn, especially in the early days, may only be soothed and calmed by their mothers, which should not be that much of a surprise.

Babies have spent nine months within their mother’s womb, they have come to know her intimately from the sound and rhythm of her heartbeat, the intonations of her voice, her taste, her touch, her smell. Up until the point that they are born, the mother has been the baby’s world, therefore it is only natural that they should continue to need her protection, nurture and comfort as they begin to adjust to life and the big wide world beyond the uterus.

This is not mere romantic imaginings: numerous studies have confirmed not only do babies prefer their mothers’ voices, but that the amniotic fluid surrounding the baby, not only tastes of what she has been eating, but also tastes and smells of the mother herself. When a newborn baby is placed upon their mother’s chest, within an hour, they’ll push their way up to the mother’s breast, guided mostly by scent. Similarly studies have demonstrated that babies show no preference for any other voices they may have heard frequently when in utero.  Furthermore, a different study has indicated that female brains are hard-wired to react very differently to the cries of a hungry or distressed infant, men being better able to ignore or disengage from the cries, while women exhibit signs of empathy and distress.

When my baby was taken away from me, an hour after birth and placed in the neonatal unit while I was trundled to high-dependency, the necessary twenty-four hour separation caused me an agony and anxiety which I cannot articulate.Babies should not be removed from their mothers, unless there is little other choice. When you look at surrogacy forums, you’ll see birth mothers supporting each other and trying to rationalise away their unwanted feelings of grief, loss and devastation at having handed over their newborn. These feelings are, they tell themselves, ‘irrational’, the baby was not really ever ‘theirs’ and their crying just a ‘phase that will pass’.

The sound of a baby’s cry triggers something innate and primordial within the mother; it jangles the nerve and pierces the soul like nothing else, for a reason. Her and the baby are designed with an inbuilt chemical, emotional and spiritual need for each other. Which is why gay fashion designer Stefano Gabbana was correct to note back in 2006, that though he longed for a child of his own, he believes that ‘it is cruel to take away a baby from its mother’. Science would certainly agree with him, even if the liberal cognoscenti want to have his head on a platter for it.

Both Gabbana and his business partner, Domenico Dolce, who were in a romantic relationship for twenty-three years, have further enraged the liberal elite, led by everyone’s favourite cuddly harmless gay celebrity Elton John, by explicitly condemning gay adoptions and stating that the ‘only family is the traditional one. No chemical offsprings and rented uterus: life has a natural flow, there are things that should not be changed.’ If that were not bad enough, these openly gay men endorsed the traditional Catholic or Christian position that procreation ‘must be an act of love’, ‘you are born to a mother and a father – or at least that’s how it should be’.

Precisely the sentiments that earned me a thick gob of spittle in my hair and a legion of death threats on social media, when I dared to state publicly on Question Time that every child had a biological mother and father. Not even I, however, would dared to have gone as far as Dolce, who described children born via IVF as ‘children of chemistry, synthetic children. Rented uterus, semen chosen from a catalogue.’

Harsh stuff, but he certainly has a point, and while predictably Elton John has railed against his ‘backwards and archaic’ views along with urging a boycott of the designers, it’s quite hard to argue with that point of view. This is especially so when one sees opportunists like the British Surrogacy Centre, hawking precisely just that – egg and sperm donors selected by looks, intelligence (and presumably a need for cash) displayed in the pages of a catalogue for discerning clients like Joey Essex, to leaf through. Barrie Drewitt-Barlow, the founder of the business, was filmed telling his children that he had indeed paid for their designer looks, and yet his Twitter feed is spitting self-righteous admonishments that anyone might dare to describe his motherless children as ‘synthentic’.

For the avoidance of doubt, children conceived via IVF are in no way less human either from a physical or theological point of view, but certainly the way they have been conceived is the dictionary definition of synthetic, they have been artificially produced in a laboratory in a way which is designed to imitate the natural process, though the label is understandably a hurtful one.

Dolce and Gabbana’s statement is all the more powerful precisely because it has come from two openly gay men, who cannot reasonably be accused of homophobia. It highlights how sexuality should not be conflated with a so-called ‘right’ to a family or children. Being in a romantic or sexual relationship with someone of the same-sex does not confer one with the automatic right to procure a child by any means, or to deliberately contrive to deprive a child of their biological mother and father.

Unnecessarily taking a baby from their mother is cruel. Children need both their mothers and their fathers. The practice of IVF is fraught with ethical difficulties. None of these statements ought to be contentious and neither are they deliberately provocative, offensive or homophobic, but where they conflict with and question the desires of the LGBT community, then they must be quashed and those expressing them, smeared, stigmatised, commercially and financially ruined. Adults’ desires must trump the rights of children.

Dolce and Gabbana should have known better. No-one, not even gay men, can ever be allowed to say anything critical of gay marriage or in defence of the traditional family. Their business now must be boycotted until they repent of such heresy. No-one must ever buy stuff from another person who has the ‘wrong views’. Let’s hope that charity shops now see a roaring trade in D&G gear. It’s a shame I can’t afford any of their gear as otherwise I’d be flocking out to buy one of their fabulous dresses celebrating motherhood. Being an archaic outcast ‘on the wrong side of history, ‘is about to get seriously stylish!