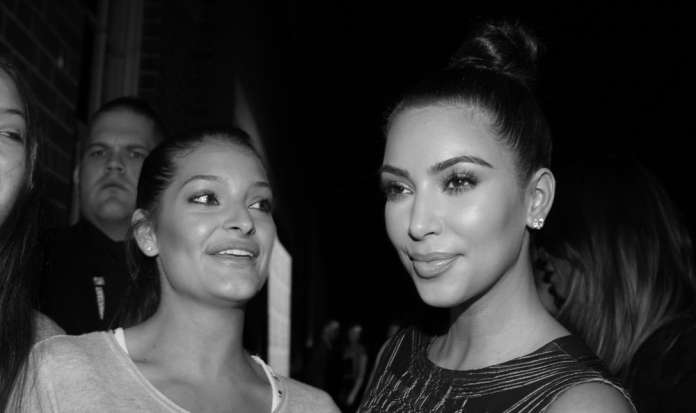 According to various tabloids, Kim Kardashian, the queen of vacuous celebrity culture who appears to be famous for displaying her surgically enhanced posterior at every opportunity, is paying a surrogate mother to have another baby for her. Apparently Kardashian, already a mother of two naturally conceived children, is unable to have any more children thanks to a problem experienced in her last pregnancy.

While there is an argument for saying that we ought not to concern ourselves with the private lives of celebrities, the problem is that people like Kim Kardashian rely upon public interest in order to generate their vast wealth and the unpleasant truth is that in a post-Christian society where the cult of the individual and moral relativism reigns supreme, celebrities such as Kardashian are looked up to by many as role-models. Their choices can have repercussions upon society.

You only have to walk down the street or open a newspaper to see how ordinary people appear to be embracing options once considered outlandish or pursuing lifestyles beyond their means, inspired by the examples of various celebrities. The rise and normalisation of cosmetic surgery is one such example.

Surrogacy appears to be de rigueur amongst celebrities who are either wishing to avoid pregnancy or unable to conceive themselves. At the beginning of the year Emma McQuiston, otherwise known as Lady Weymouth, detailed the reasons behind using a surrogate for her second son, emphasising that she had supposedly ‘good’ reasons. This was not due to vanity or laziness and seeking to remove some of the stigma and normalise the practice.

Taboo exists for a very good reason and that is because no matter how well-intended, surrogacy always involves the exploitation and instrumentalisation of another woman’s body and treats children as though they are commodities to be bought and sold by the highest bidder. While at the moment surrogacy remains beyond the reach of the ordinary man or woman, nonetheless we can see it beginning to trickle down beyond the uber-wealthy with more common or garden z-list celebrities turning to surrogates.

What’s so frustrating is the uncritical way that the tabloids and popular culture shows appear to report the issue, gushing over the cuteness of the new arrival and generally revelling in the drama of it all. What nobody touches on is the actual cost of this for the women involved. Jennifer Lahl’s documentary ‘Eggsploitation’ ought to be required viewing for all journalists wishing to understand the wider issues involved for both egg donors and surrogate mothers.

Nothing is ever mentioned about the woman who will in the vast majority of cases be recovering from the cesarian section surgery (surrogates are discouraged from natural labour because it increases the chances of their bonding with the baby) and who will be left alone to deal with the bloody, milk-ridden and tearful postpartum after-effects, with only a bundle of cash, rather than a warm bundle of fleshy joy to console them.

Reporting on Kim Kardashian’s surrogacy news, Good Morning Britain invited the controversial Barrie Dewitt-Barlow, who runs a surrogacy agency which was only recently heavily criticised by the HFEA,  for comment. I don’t know what was more astonishing: Drewitt-Barlow’s admission of how surrogate mothers effectively give up bodily autonomy for cash; his assertion that if you had the money and went to his agency then he could promise you that within a year someone would be carrying babies to your precise specifications, twins, triplets of whatever sex you chose, including if you were gay having one from each parent; his complaints about how the HFEA wouldn’t allow this in the UK and it’s all a legal minefield; or the fact that interviewer Susanna Reid just let it all pass unchecked without even attempting to explore some of the wider ethical issues. If anyone is in need of her colleague Piers Morgan’s interview technique, then Dewitt-Barlow is the ideal candidate.

There could be no better example of how the practice amounts to little more than the baby trade, with Dewitt-Barlow explaining the vast amounts of money involved in US surrogacy (most of which goes to the various lawyers and agencies) and bleating about how terrible it was that in the UK the surrogate can change her mind right up until birth, whereas in the good old US of A, the child was recognised as legally belonging to the commissioning parents, who in a deft piece of legal fiction will be recorded as the child’s birth parents, even if they are of the same sex, before the child or children are even born.

Individuals such as the respected family lawyer Natalie Gamble are campaigning for changes and clarifications to the UK surrogacy laws to make the process easier and cheaper for couples in the UK. Gamble incidentally heads up a surrogacy organisation called Brilliant Beginnings, which has a not-for-profit status, although on its website it links to it’s sister organisation, Gamble’s law firm, who would no doubt benefit if the commercial surrogacy market were to be opened up in the UK. Like Dewitt-Barlow, Gamble is herself a same-sex parent of two donor-conceived children and clearly feels passionately about the issue, although there is no suggestion that Gamble’s agency is involved in any flouting of the law.

Perhaps most interesting were how the restrictions placed upon Kim Kardashian’s surrogate mother were accepted as being standard and in the best interest of the baby. She cannot smoke, drink alcohol, take drugs or have sexual intercourse in the weeks leading up to the pregnancy, which includes refraining from sex for 3 weeks after the initial embryo implantation.

In addition she is banned from hot tubs or saunas, can’t go near cat litter, won’t be allowed to apply hair dye, can only have one caffeinated beverage per day and cannot consume raw fish. In short, her contract regulates her everyday behaviour and forces her to comply with suggested guidelines for pregnant woman. Her body is legally no longer her own. If she loses any of her reproductive organs in the process, she’ll be paid an extra $4K and if any of the babies are found to have a disability, she has no say over whether or not they are aborted.

Barrie Dewitt-Barlow spoke approvingly of this, also stating that it was important that a surrogate was married, or in a long-term stable relationship, noting that a woman in this situation is apparently more likely to take pre-natal vitamins, eat good food and look after herself than a single woman. He also said that a single woman is far more likely to be promiscuous, go out drinking on a Friday or Saturday night and have different men in bed, implying that this would be a bad thing for the baby.

This is the type of sexual morality, in short, advocated by many faith groups. It was fascinating that the implication that single women were likely to be promiscuous and that promiscuity could prove physically harmful has gone unchallenged. If Dewitt-Barlow is right (and bear in mind a stopped clock is twice a day) then he’s admitting that safe sex does not exist and promiscuity is physically risky.

Personally, I’d challenge the assertion that a single pregnant woman is more likely to be promiscuous but I’m surprised that the feminists haven’t been all over this one. What is ironic is that while feminists on both sides of the Atlantic are frantically rushing to draw parallels between the pro-life views of Donald Trump, the DUP and the fictional dystopia Gilead of the Handmaid’s Tale, which is undergoing a popular revival thanks to a new TV serialisation, many self-identifying feminists are currently ignoring and indeed validating the use of handmaids right under their very noses.