NewsPaperthe art of publishing
HomeNewsCaroline Farrow: Give me clumsy Eric Bristow over a Twitter snowflake any...
25

Caroline Farrow: Give me clumsy Eric Bristow over a Twitter snowflake any day 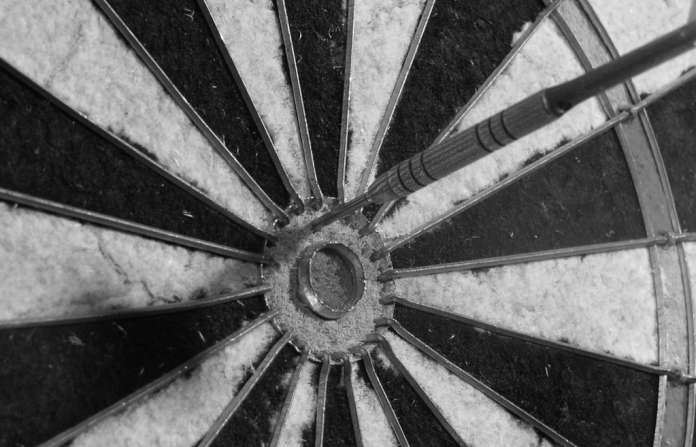 Former world darts champion, Eric Bristow, is the most recent celebrity victim of the contemporary witch-hunting craze, whereby people who dare to express unpalatable or unpopular views see their reputations and careers destroyed by a bunch of fervent keyboard warriors.

Bristow’s crime was to make some crass and insensitive remarks about the paedophilia scandal currently engulfing the world of football, which compared footballers unfavourably to rugby players and darts players and suggested that they were not ‘real men’ but ‘wimps’. Bristow then went on to say that had he been a child victim of sexual abuse, or had this sort of thing happened in the community in which he was growing up, then as soon as the victims became old enough and strong enough to deliver physical admonishment, they would have gone round to the perpetrator’s house and sorted him out! He also claimed that there was no point waiting until 30 years after the crime, before reporting childhood sexual abuse.

What sealed his fate, however, was that he committed the ultimate twenty-first century crime for which there can be no redemption. The punishment must be swift, brutal and serve as an effective deterrent. That’s right – he uttered a sentiment which could be construed as homophobic, referring to a male football coach who sexually abused young boys as a ‘poof’. It made no difference that realising that he had crossed the Rubicon, Eric Bristow later frantically attempted to correct the error, by claiming that he had meant ‘paedos, not poofs’, the damage was done.

He woke up the next morning to a slew of condemnation on Twitter and, more seriously, to discover that he had been axed from his job as a commentator by Sky Sports as well as being dumped from a forthcoming gig at Newcastle Football Club. Getting him sacked from his role as a TV pundit, where his commentary has been appreciated by darts fans for the past 23 years, was merely a starter. What this self-righteous Twitter mob really wanted was him to face criminal sanctions as a result of some poorly-phrased tweets and so he also found himself reported to the police and faced calls to be stripped of his MBE.

Make no mistake, Bristow’s views were clumsy, inelegant and do a huge disservice to victims of sexual abuse and especially these vulnerable men who have been extremely courageous to go public about the ordeal that they suffered. Mocking men who have to live with the lifelong trauma of childhood sexual abuse and suggesting that they are somehow lesser men does nothing to help the stigma and shame felt by those who have been abused, and neither does it encourage others to come forward. The remarks were indeed thoughtless and irresponsible, though to be fair to Bristow, he did not explicitly call the footballer victims, ‘wimps’, but neither is it unreasonable to draw this inference.

But let’s be honest – this man is hardly a notable opinion-former or influential when it comes to developing public policy. His image is that of a beer-drinking darts player from the East End of London who has been around since the year dot. I remember him from my own childhood, thirty years ago. A series of poorly-punctuated late-night, ill-thought through tweets, does not make him villain of the century or unfit to comment upon the sport that he has been a World Champion of multiple times over. Judging from the outrage, anyone would have thought he was worse than the actual abusers themselves.

In defence of Bristow, he was merely expressing and reflecting the views of the community in which he was raised, where this is precisely what would have happened to anyone who interfered with little children. Strong male figures would have taken matters into their own hands and taught the perpetrators a lesson that they would not forget. The reasons why sexual abuse was not instantaneously reported are complex and wholly understandable, but objectively speaking, it is always going to be more difficult to ensure that justice is served, thirty years down the line.

The real reason that the wrath has descended is that Eric Bristow represents a certain machismo or male working class point of view, one which does not subscribe to identity politics or the cult of victimhood and which therefore must be exterminated and suppressed. Several tweeters loftily exclaimed that we shouldn’t expect any better from a professional darts player in tones that were far more bigoted, intolerant and far more hate-filled than anything that Eric had actually said. The reaction of Piers Morgan when Bristow used the endearment ‘darlin’ to address co-presenter Susanna Reid is extremely telling. ‘She’s not your darlin’, Morgan indignantly proclaimed.

How dare this low-life ruffian be so over-familiar with someone so clearly above his station! It is perfectly okay for the flamboyant showbiz judges on Strictly Come Dancing to call everyone ‘darling’, but when a man knocking sixty from the East End of London dares to do it, it’s horribly sexist and further evidence of his all-round villainy.

Bristow’s tweets were in poor taste, but seemed to me to be more indicative of a kind of black humour, typical of the East End, which seeks to find a funny side to even the most appalling of tragedies.

Unfavourable comparisons between football and rugby players are a common trope amongst sports fans. Are we now so delicate that we must expunge everyone from public life who has ever told a sick joke, in case their presence causes us some irreparable mental trauma? Have these people never actually heard or been exposed to a tasteless joke following a major tragedy, which was the staple of many a childhood? What on earth did they do without a petition to sign and the opportunity to watch a head roll? Most of those clutching their virtual pearls will probably never have had any intention of watching the darts on Sky anyway and most of the sport’s fans most likely would have remained in blissful ignorance of a niche Twitter row, or not really cared enough about it to let it spoil their enjoyment of the coverage.

These online lynch mobs are far more hate-filled and intolerant than the supposed religious zealots whom they wish to stamp out, and have made themselves the new moral custodians of both thought and expression in public life. The effect that they are having upon people in terms of feeling free to express their thoughts or engage in a bit of public banter, is chilling. Dare to express the wrong opinion and you can expect to be publicly shamed, lose your job and forced to make a public recantation along with an assurance never again to repeat your heresy so that everyone can judge whether or not you really are suitably remorseful. It’s time for companies to wake up and realise that they do not need to kowtow to a handful of perennially offended professional tweeters, whose views are then amplified by virtue-signalling column writers always on the lookout for new material.

I grew up in Essex and spent many of my formative years with and still number among my closest friends those who self-identify as hard-working Cockneys, who use the same vernacular and who express themselves in the same terms as Eric Bristow and whose views are still mainstream in my former local village pub, as I suspect they are in many communities outside of the metropolitan bubble.

He may no longer be a world champion, but my respect for Bristow rose after noticing how he initially dealt with the news of his sacking. He magnanimously wished his colleagues at Sky Sports well, said that he looked forward to watching their coverage and cracked a joke: ‘Santa isn’t the only one with the sack at Christmas.’ He also reported that he spent the day, ‘practising with the lads; my son and daughter turned up for a while, isn’t that nice, proper family stick together’. Traditional family values? Working-class male of a certain age from the East End.  No wonder he is hated. He probably voted for Brexit.

Give me a salt of the earth, totally grounded diamond geezer over a special snowflake on Twitter, any day of the week.