NewsPaperthe art of publishing
HomeNewsCaroline Farrow: Not wanted: 60-yr-old adoptive sado-masochistic mother who strips and gets...
31

Caroline Farrow: Not wanted: 60-yr-old adoptive sado-masochistic mother who strips and gets divorced 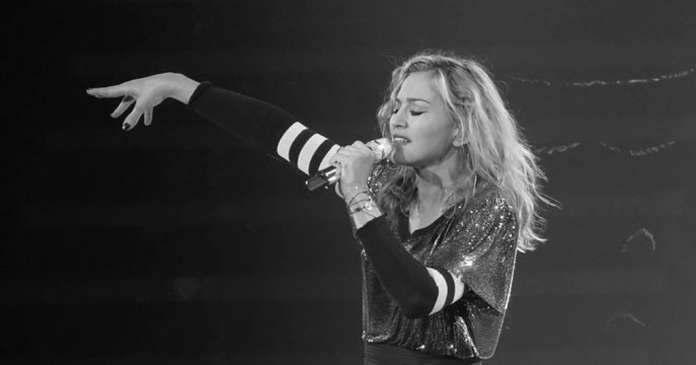 Here in the UK and in the Western world generally, we tend to have pretty stringent standards when it comes to vetting potential adoptive parents. It’s a generally understood principle that children who are in need of adoptive families are more vulnerable and will be more likely to experience emotional difficulties thanks to their traumatic start in life. Prospective families need to be carefully vetted to ensure that they will be able to provide a loving, stable and permanent home for a child who will have an increased need for security.

There isn’t an adoption agency in the land who would approve a twice-divorced single mother of four, who is knocking on sixty. Neither would they look fondly upon anyone who had forged an entire career out of producing and marketing soft pornography which promoted, among other things, sado-masochism and who still continues to ply their trade as a stripper, regularly appearing on stage semi-naked in sexually provocative dance routines.

Any social worker worth their salt would surely ask whether a woman who refuses to age gracefully and deliberately chooses to court controversy by sexually objectifying herself would be able to be a suitable role-model for an emotionally traumatised child. They might also ask whether someone who is notable for enjoying a series of toy-boys barely out of their teens, would be able to provide a stable environment for such a child.

Is a woman who seemingly enjoys an itinerant, peripatetic lifestyle able to give a child who has been wrenched out of their homeland and from their birth family the necessary security and reassurance of their presence 24/7, or is she going to be likely to leave them with a nanny and a team of staff while she goes off and does her thing, earning money that she does not need? What arrangements did she make for her other two similarly adopted young children who don’t have a father, when she went off on a world tour last year?

What would an adoption panel make of the fact that such an individual’s behaviour and style of parenting has proved so intolerable and humiliating for her sixteen-year-old son that he ran away from her at the first opportunity and sought refuge with his father, with whom he now permanently lives? Is a woman who is unable to exercise any discretion when it comes to the emotional welfare of her vulnerable son, who engages in a public slanging match hurling expletives at his father, drinking from a tequila bottle and begging a man to come and have sex with her, using the coarsest possible language, really the kind of woman whom we ought to be applauding as she adopts not one, but two vulnerable children to add to her brood?

According to the government of Malawi – absolutely, Madonna is totally the right kind of person to adopt two more children from the country. We’ll overlook all the above along with her last public performance at the recent wimmin’s march which was so full of expletives that the live-stream had to be stopped and in which she threatened and wished violence upon the President of the United States.

She’s exactly the type of person to adopt two little girls who don’t even speak English yet! What does it matter if the birth relatives of the children she adopts are unlikely to ever have contact with them ever again or, if going by her past behaviour, Madonna seems likely to undermine the socially conservative norms of the children’s country of origin and ignore their families’ religion? She may have made all the right noises in order to fast-track the process, but let’s face it her track record when it comes to parenting, foul language in front of children and respecting religion is not a good one.

Vetting prospective parents for suitability, ensuring that children are going to be kept connected with their roots – well that’s all just for ordinary people. When it comes to the welfare of children, clearly being wanted and having oodles of cash is all that counts.

Or at least that’s the message that Malawi has just conveyed to the world about how much value they put on the wellbeing of their children. Let’s be honest, there’s no way that anyone else in Madonna’s situation would ever have been approved for adoption, which is precisely why she has gone to one of the world’s poorest countries. Money talks.

The so-called charitable donations to Malawi that Madonna seems to think entitle her to privileged treatment are irrelevant— children are not commodities to be bought and sold to the highest bidder. Far from being an altruistic gesture and, goodness knows, Madonna can more than afford to spare a few million from her estimated $560 million fortune, any money given to Malawi is nothing more than a bribe, the necessary cost of acquiring some more children in order to give her the self-affirmation she so desperately craves. Can it be any coincidence that this adoption comes less than a year after the relationship with her son turned so disastrously sour?

The very worst thing about this is that because these children are black and from a desperately poor country everybody is supposed to stand back, applaud and fall over, as so many mainstream media outlets have done, with the cuteness of it all.  These are human beings, not puppies, who deserve the same loving and secure relationship with ideally both a mum and a dad, as every other human being. Madonna’s vast wealth does not militate against her unsuitability as a parent and neither will it somehow magically guarantee them emotional contentment. Living a life in the public spotlight under the shadow of a famous and unstable parent all too often results in heartbreak and tragedy.

Stella and Esther, the adopted twins still have a biological dad and five living siblings. If Madonna really cared about what was in their best interests then she could easily have provided for all of their futures, together as a family. She could have brought them all over to America, or heavily invested in the local community, instead of adopting the children as her latest virtue-signalling accessories.

Funny isn’t it, how all those people who howl at the notion of cultural appropriation seem to have no issue with wealthy liberals buying children from other cultures to take back to America.