NewsPaperthe art of publishing
HomeNewsCaroline Farrow: Rachel Reeves appears to be putting herself before her country...
0

Caroline Farrow: Rachel Reeves appears to be putting herself before her country and her new baby 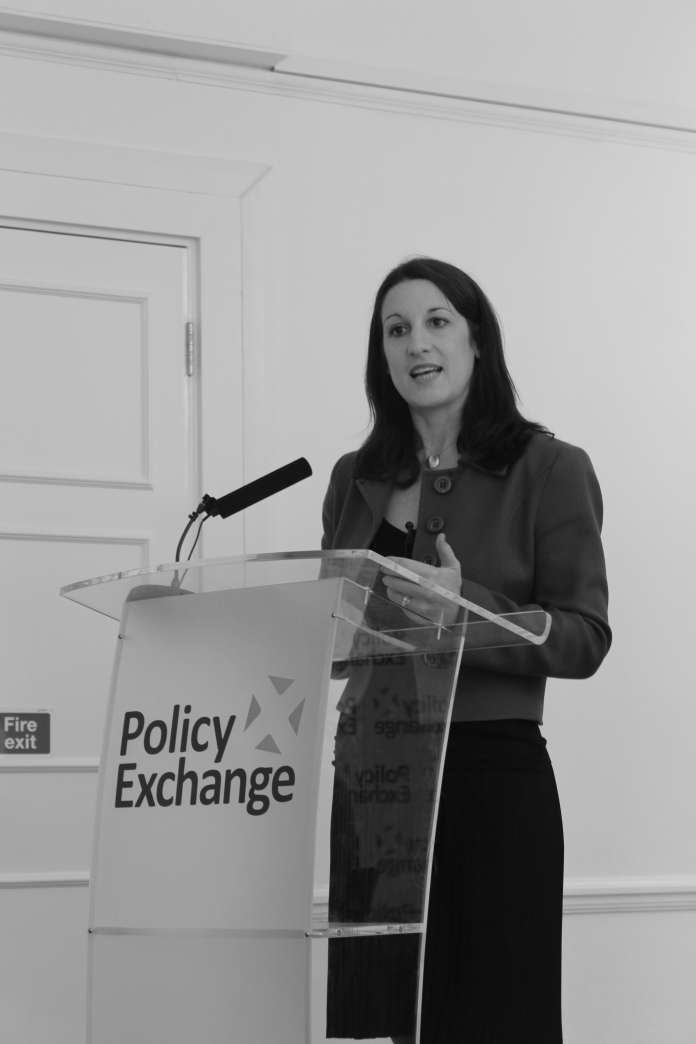 Keen to vaunt his women-friendly credentials, David Cameron has distanced himself from the remarks made by Tory MP for Romford Andrew Rosindell. He asked whether Shadow Cabinet Minister Rachel Reeves would be best placed to become Work and Pensions Secretary in the event of Labourwinning the general election, as she would be five weeks away from giving birth.

Mr Rosindell asked whether or not, given the advanced state of her pregnancy, Ms Reeves would be able to take on the demands of that particular job and noted that people ought to be placed in positions at work that they can handle. This seems a perfectly sensible outlook but, predictably, it kicked off the Twitter liberal outrage mob with Ms Reeves declaring the comments proof that the Tories have a women problem.

I would note that the reverse seems to be true. Andrew Rosindell was not making a general comment about the ability of pregnant women to be able to work, nor was he even questioning the right to maternity leave. Rather his remarks reflected the law that stipulates that employers have a duty of care towards pregnant women who must undergo a risk assessment and whose working hours and conditions must be adjusted if there is a possibility that their health could be adversely affected.

Mr Rosindell seems to understand better than Ed Milliband that pregnancy is a time when women are accorded extra legal protection in the workplace and for good reason – a woman needs to be able to take care of herself and her unborn child. In a week which has seen movie mogul Harvey Weinstein criticised by midwives for allegedly putting pressure on six-months pregnant Kiera Knightly to undertake a gruelling pre-Oscars schedule, involving transatlantic flights and nightly appearances on chat-shows and at parties,no-one is questioning Ed Milliband’s intended strategy of putting Ms Reeves forward as one of Labour’s most prominent faces during the forthcoming General Election campaign, at a time when she will be seven months pregnant.

It may present the right ‘women-friendly’ image to the electorate and Ms Reeves always has the right to decline should she not feel up to it,but one has to question whether or not putting that amount of pressure on apregnant woman is responsible. Let’s face it: this is the last opportunity that Ms Reeves will get to have such concentrated exposure for the next five years. As a career politician, she’s unlikely to turn it down. I’m not saying that she is not capable, nor that pregnant women ought not to appear on TV or continue in their duties – to do so would be profoundly hypocritical given that I have made frequent appearances throughout my own pregnancies and that I am currently expecting.

The difference is that I am under no career pressure to appear and at liberty to say no and ask the broadcaster to find a different individual to represent a similar viewpoint; something which I have done repeatedly over the past few weeks, when frankly schlepping up to a London TV studio or attending a press conference, is the very last thing I want to do in the late stages of pregnancy, when suffering from restricted mobility, along with other unmentionable pregnancy-related ailments. And at least, unlike Rachel Reeves, I don’t have to juggle pregnancy with a London-based ministerial role alongside a Leeds constituency.

The law allows women to begin their maternity leave as early as 11 weeks before the expected arrival date of the baby, recognising that the third trimester is often a physically challenging time for women. Were the Labourparty to be successful, Rachel Reeves would be thrust full-pelt into a high-pressure, high-profile role 5 weeks before her due date at a time whenmost working women are beginning to anticipate winding down and are putting in place systems to begin to handover their workload to their colleagues or maternity cover.

In the real world, it is hugely unlikely that an employer would take on a woman in the late stages of pregnancy anticipating that she would be able to give the role her maximum attention for five weeks. Any responsible potential employer who felt that a pregnant woman was indeed the right candidate for a particular role, would defer the start date until the end of her maternity leave, remembering that they wouldn’t in any event be liable for maternity pay, given the advanced state in pregnancy that the woman has commenced her job.

The decision to plough on regardless right up until the due date sets a very poor example to other working women who are not as fortunate asRachel Reeves, either in terms of a sympathetic employer, or of enjoying anticipated robust health right up until their baby arrives. A woman may develop all kinds of complications in her third trimester, many necessitating early delivery or bed rest.

However, as a would-be high profile government minister, Ms Reeves will be modelling the expectations of the Labour party, whose prominent female members have repeatedly gone on record to state that young mothers who don’t work are a problem. Perhaps this is why she has also decided in advance not to take her full entitlement of a year’s maternity leave and return after six months? She wouldn’t be the first – around half of new mothers are cutting short their maternity leave due to fears about finance and career security.

How many employers will now point to Ms Reeves as being a sterling example for their pregnant workers to emulate? At 37-38 weeks, there’s no shame in sitting on the sofa, drinking tea, watching vacuous telly, grabbing some rest while you can, and accomodating elephantine calves in slipper socks rather than squeezing them into a pair of uncomfortable Jimmy Choos.

No-one is questioning whether Ms Reeves ought to be entitled to maternity leave and of course she ought to be entitled to return to a role within any newly formed Labour government. But it is equally right that theelectorate ought to be aware that the Work and Pensions role is a not insignificant one and question whether or not Ms Reeves is being fair to herself, her unborn child and to the country should she insist upon fulfilling the role for such a short period of time.

Share
Facebook
Twitter
WhatsApp
Email
Previous articleDavid Keighley: The Cliff Richard affair is damning evidence the BBC cares little for journalistic standards
Next articleLaura Perrins: They are not pro-choice. They are pro-abortion