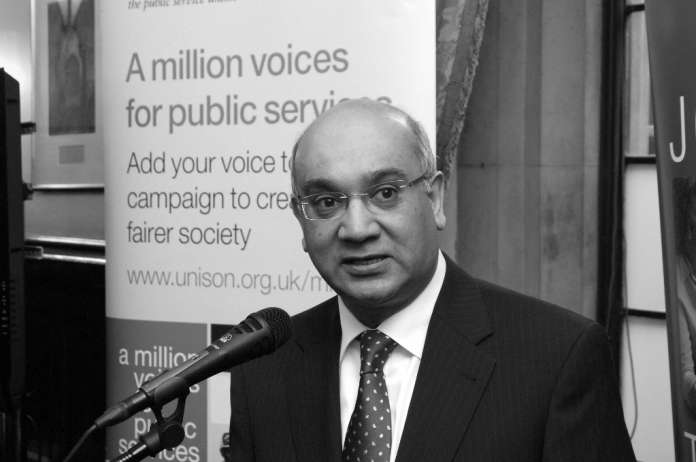 I don’t want to revel in the sordid and stomach-churning details about Keith Vaz’s alleged exploits with rent boys and narcotic substances, but it’s depressing to see a number of political commentators of all colours, – including Jeremy Corbyn – attempt to play down this issue, as being merely a private matter.

It isn’t. Keith Vaz has chaired the Home Affairs Select Committee, which has led an inquiry into the issue of prostitution. Earlier this year, the inquiry released an interim report suggesting that soliciting should no longer be considered a criminal matter, because prostitutes are being ‘penalised and stigmatised’. Like anyone else who breaks the law. As Chair of this inquiry, Keith Vaz had an obligation to disclose that, as someone who allegedly regularly used prostitutes, he therefore had an interest and stood to benefit from any relaxation of the law. Mr Vaz has apparently expressed the opinion that most sex workers do not enter the trade willingly, which is worrying considering he appears to have no qualms using them.

It also transpires that another of Keith Vaz’s inquiries on the Select Committee was examining the harmful effects of cocaine. He exhibited shock and horror in the Commons following the revelation that some of his colleagues may have taken poppers and promised to review their effects and campaign for a ban, if the evidence showed them to be harmful. Mr Vaz also called for the Government to review its drugs policy, which is ‘not working’. That he has apparently encouraged others to take poppers and allegedly even offered to reimburse an escort for the price of their cocaine (at least he’s not a cheapskate) calls into question his judgement and impartiality on this issue too. Both inquiries now need to be scrapped. After the scandal of the Hinduja brothers and repeated probes into his financial affairs, this man should not have been allowed anywhere near Whitehall.

Whenever the marital infidelities of politicians or those in public life are exposed, today’s tendency is to dismiss it as being inconsequential. What does it matter if a secretary of state is sleeping with everyone from their secretary to the neighbour’s cat, so long as they are able to do their job well, goes the logic. It’s just another way of virtual-signalling, of showing how sexually enlightened we are and how we don’t ever commit the cardinal sin of ‘judging’.

Actually, these things do matter, because if a person cannot be trusted to keep the vows of fidelity that they took for the person that they are supposed to love, if they cannot keep their promises to their nearest and dearest, then why on earth would we trust them to keep the promises made to the group of strangers who comprise the electorate? As the case of the Lloyds boss caught having an affair while away on business trips, who has issued an apology to all his staff, demonstrates, these things do matter and dent professional confidence in you. How we can be sure that someone is concentrating on their work when they are juggling a complex personal life and embroiled in a web of deceit.

If a friend or family member were to discover that their spouse had betrayed them with a prostitute, our instinctive reaction would be one of horror and of support to the betrayed party. It wouldn’t be to write it off as a private matter for the conscience of the adulterer, and our repugnance would be multiplied by the knowledge that they had potentially endangered their spouse’s health by unprotected sex. And that’s before we get on to the issue of family money being squandered on prostitutes and drugs. Or how this stupid behaviour had not only endangered the marriage but jeopardised the family and children’s wellbeing not only emotionally, but also financially, meaning that the adulterous party now faced losing their job and source of income.

Make no mistake, what Keith Vaz has allegedly done is inexcusable on both a public and a private level. And yet, the activists seek to paint him as a victim – forced into this sordid activity on account of that old canard of homophobia. Yes, really. Because apparently our society is not progressive enough to accept gay people in public life and he’s been forced to live a lie. Although one has to question whether a man who fathers children with a woman, really is an exclusive homosexual, or just someone who is unable to keep his appetites under control. I’d suggest the latter. There’s no evidence to suggest that were he to have been in a long-term relationship with a man, Mr Vaz would have been able to curb his propensity for rent boys. I have far more pity for his wife and children than for a man who has expressed scant remorse and who has the audacity to complain about the press for catching him out.

What we seem to be witnessing is people so scared of being tainted with homophobia, that they are defending the indefensible. There are too many moral issues at stake here, including the exploitation of potentially vulnerable young male immigrants by a powerful, seemingly Teflon-coated politician – with a history of scandal and sleaze – to be able to turn a blind eye.

Shame is a taboo concept in today’s ‘anything goes’ society, but it exists to serve a purpose. In the case of Keith Vaz, a man who cheats on his wife by allegedly having unprotected drug-enhanced sex with rent boys, which significantly ups the risk of sexually transmitted disease and injury, deserves to experience opprobrium because this should not be acceptable behaviour by anyone’s standards.

To ignore it is to sanction infidelity, marital breakup, broken families and the de-stabilisation of society.

Share
Facebook
Twitter
WhatsApp
Email
Previous articleLaura Perrins: All Theresa May needs is a crown on her head
Next articleLefty Lunacy: Pro-EU peer’s Remain-fuelled rant sinks without a trace