NewsPaperthe art of publishing
HomeNewsCaroline Farrow: The Pope has won hearts and minds in America
1

Caroline Farrow: The Pope has won hearts and minds in America 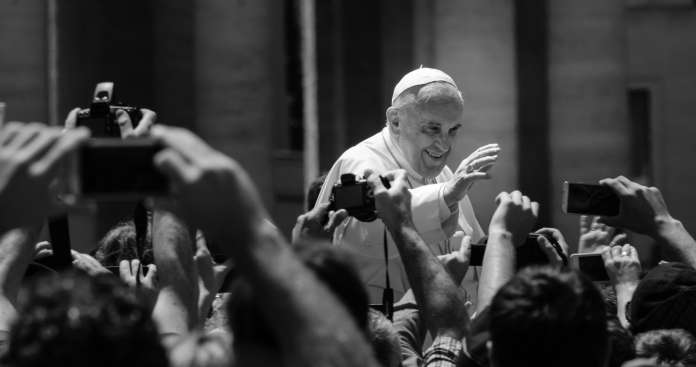 I have to confess to being quite nervous ahead of the Pope’s speech to Congress. On those few occasions that he has spoken in English, to be honest, he’s been less than engaging. It’s clearly a language he struggles with and at times Francis has been less than comprehensible. His speech to the European Parliament in 2014 was a damp squib and poorly received.

This time, he pulled a blinder – his speech was both lucid and a masterclass in how to construct a convincing oratory. Using language which appealed to core American values of liberty, freedom and the American dream – the hardworking men and women who do an honest day’s work in order to bring home the daily bread, save money and build better lives for themselves and their families.

The speech transcended both left/right political values and managed to avoid getting tangled up in the culture wars. That it was lauded by the liberals and progressives is an indicator of its success. The Pope was not looking to convert the conservatives – he knows that most of them will be firmly on side when it comes to issues of gay marriage and abortion. While it would have been great to hear the Pope specifically denounce the culture of abortion, it’s not as though what the Church teaches on this area is a secret. It was highlighted just a few a weeks ago, with his proclamation regarding the Year of Mercy.

What needs to be remembered is that in contrast to the enormous intellectualism of his predecessor, Francis is a pope of gestures, not words. That he may not have specifically referred to the issues of religious freedom affecting America, his speech was preceded by an unscheduled visit to the Little Sisters of the Poor, who forced the Obama regime to amend legislation in order to accommodate religious beliefs. Francis was clearly signalling his support for them and had, earlier in the day at the White House, described religious freedom as one of America’s most treasured possessions.

The speech to Congress was typical of what Francis has named a culture of encounter. It was all about getting people on side, identifying with their dreams and disappointments, speaking as one them, in order that they may then be open to listening to the deeper and more challenging messages of hope, that the Catholic Church has to offer. When he’s got someone like Hilary Clinton praising him to the rafters, then one may only hope that as well as his messages on social justice she and others like her, may well then be open to listening to his other, equally important thoughts on the challenges facing the family and the value of human life, at every single stage.

If winning hearts and minds of the American people was his aim – then job done.