NewsPaperthe art of publishing
HomeNewsCaroline Farrow: Times have changed - there is no need for an...
11

Caroline Farrow: Times have changed – there is no need for an enquiry into historic adoption 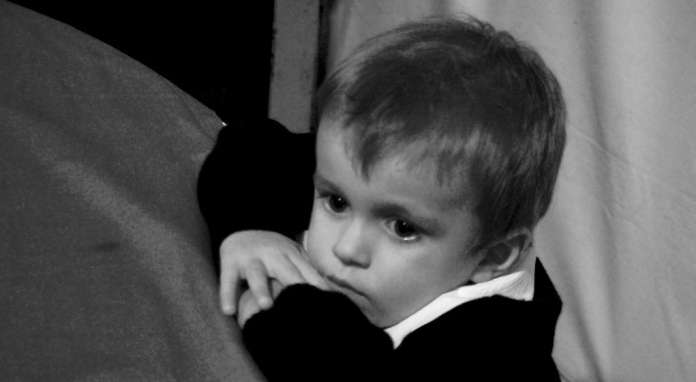 Cardinal Vincent Nichols, the head of the Catholic Church in England and Wales has apologised for the harm and hurt caused to young unmarried mothers who were pressurised or forced into giving up their babies for adoption by agencies acting in the name of the Catholic church, throughout the course of the twentieth century.

He is absolutely right to have done so. One cannot begin to imagine the lifetime of heartbreak and sorrow endured by so many women as a result of having their newborn babies forcibly removed from them. No matter how well-intentioned, forced adoption is an act of intolerable cruelty for both mother and baby.

We now understand just how damaging this practice can be and not just for the mothers. Current adoption protocols build in enormous safeguards and support for the adoptee, who is not simply left to get on with life in their new family, but whose parents are thoroughly vetted and given appropriate support in terms of helping their child come to terms with the circumstances surrounding their birth and subsequent adoption. It is recognised that many children who are adopted may experience emotional difficulties as a result, including problems with attachment. Adoptees are now granted by law, the right to access their birth certificates and find information about their birth parents to help them construct their own personal sense of identity and belonging.

Back in the post-war years when coerced adoption was rife, very little was understood about mental or emotional health and so the mothers and their babies were just expected to get on with life and be grateful. Women went on to get married and have families while keeping a terrible secret to themselves and their children very often grew up with a sense of anxiety and resentment out of a sense of  having been abandoned.

The harm which was done is indisputable and I hope that the victims can take solace from this public apology from the Cardinal for any hurt which was caused as a result of Catholic institutions or in the name of Catholicism.

Cardinal Nichols’ apology is significant and important but to put it should be remembered that the majority of the UK mother and baby homes or agencies which facilitated coerced or forced adoption were not Catholic. The first ones were set up in the 1890s by the Salvation Army and the Church of England has this week offered a similar apology.

Catholicism was very much a minority and socially unacceptable Christian denomination in the UK throughout much of the twentieth century and so a false equivalence should not be drawn with Ireland, where the Catholic Church’s mother and baby homes functioned as agencies of the State and were founded out of a sense of charity and mission. No one else was looking out for the supposed welfare of unmarried mothers and their babies, so various religious orders stepped in to the breech, to stop young women from becoming destitute and inflicting appalling poverty on their offspring.

We know that the reality was often very far removed from the ideal, but the founders of various homes were not acting out of a sense of vindictiveness or a desire to inflict punishment. They genuinely thought it was better that the baby should go to the stable family environment provided by a home with a mother and father who were desperate for a baby and who had the financial means to ensure a comfortable lifestyle. A spokesman from the Catholic Children’s Society noted that following a review of their records, they estimate that about 75 per cent of women who passed through their UK homes, kept their babies but it was very difficult for them thanks to the values of wider society. Most women would have felt pressure from very many sources, as indeed they do today when faced by an unplanned pregnancy.

So is there really any need for the public inquiry demanded by the victims’ lawyers, who are set to be the biggest beneficiaries? Such an inquiry would examine attitudes and practices towards adoption until 1976 – forty years ago. We already know that attitudes were very different, it was socially unacceptable to be an unmarried single mother and very little was available in the way of State welfare and support.

This tendency to want to beat ourselves up or point the fingers of blame for attitudes and actions committed before some of us were even born, is deeply unhelpful. The important thing is not to stay trapped wallowing in the grief of the past, but to identify the issues, learn from them and move on.

An inquiry would only have value if it were to be brave enough to see whether these attitudes towards women and motherhood have permeated into contemporary society. It is easy enough to condemn forced adoptions that occurred before we were born or were young children, but are we paying enough attention to the thousands of forced adoptions which take place in today’s society, sometimes on the most specious of grounds. Have attitudes to mothers who are seen to be lower-class, poor or have learning difficulties really moved on all that much? What about parents who are deemed to have the wrong social values and deemed to morally deficient and unsuitable to care for a child as a result? How are these paternalistic attitudes any different from declaring a woman immoral on the grounds that she had extra-marital sex?

What about cases such as this one, where the mother had her birth child forcibly removed and her perfectly commendable method of attachment parenting criticised by a childless judge, with the baby deemed to be the property of two men. What about other cases and disputes around commercial surrogacy? Is this not a form of forced adoption?

Furthermore, it ought to be remembered that while adoption is not the outcome that one would automatically desire for children, it remains nonetheless a whole lot better than many alternatives. It has at its heart the desirable aim to give children a happy and secure childhood and a stable family environment where they can be loved, nurtured and flourish.

Every mother deserves the chance to love, cherish and raise her baby herself, but if she is unable to do so, then adoption remains a far far better alternative for a child than for them to be aborted. As my friend and her two children who were adopted at nine and seventeen weeks, and her three grandchildren would attest, adoption, when it is done freely, can be an incredible and precious gift.

In a time when we have almost 200,000 abortions a year, many of them being repeat abortions or to mothers who already have children and cannot afford any more, have our attitudes to unplanned pregnancies really become any more progressive than those depicted in Philomena?