NewsPaperthe art of publishing
HomeNewsCaroline Farrow: Tough questions that expose how Amnesty has been hijacked by...
15

Caroline Farrow: Tough questions that expose how Amnesty has been hijacked by the right-on Left 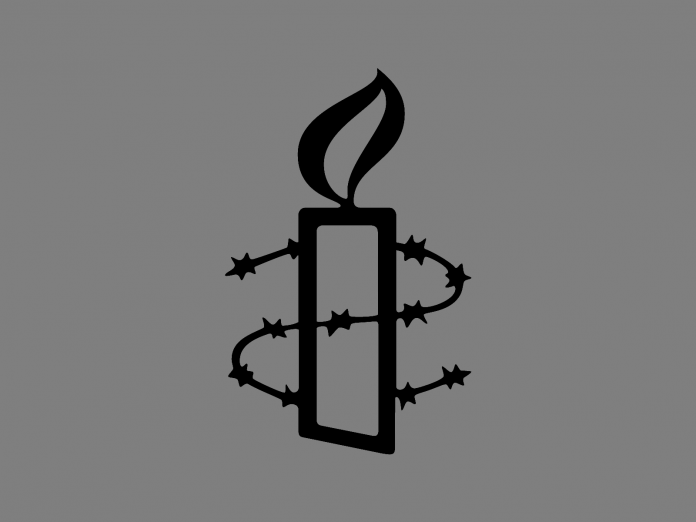 I suspect I am far from alone in admitting that I was an ardent supporter of Amnesty International as a teen. The plight of those who were imprisoned or faced brutal punishments simply on account of voicing a divergent political or religious opinion seemed to me to be the height of injustice at a time when I was just beginning to discover my own voice.

Amnesty’s motto ‘it is better to light a candle than curse the darkness’ perfectly encapsulates and positively channels the existential angst universally experienced by teens and young people throughout the globe. Rather than simply raging against injustice, Amnesty invited their members to make a positive difference, both by writing to unjust regimes to continue to pile on the pressure as well as by writing letters of encouragement and praying (if you were that way inclined) to the prisoners who had been denied one of their universal human rights – that of freedom of speech and of religion.

It was therefore with an extremely heavy heart that I had to withdraw my long-standing membership of Amnesty International back in 2007, cancelling the direct debit and returning the membership with a letter explaining why I could no longer support it. It appeared to be morphing from an organisation with one very simple moral purpose, the rights of political prisoners of conscience, to an entirely different animal; highjacked by left-wing groupthink and embracing the world of slick, glossy, corporate, professional charities and NGOs, more concerned with image, fund-raising and dubious liberal causes, than their original core purpose.

The final straw for me occurred when Amnesty officially moved from a neutral position on abortion and became an advocate of it as a supposed ‘human right’, despite the fact that nowhere is abortion mentioned as such in either the UN or the European Convention upon Human rights. The organisation that I had previously passionately admired for their stance against the death penalty was now ironically in favour of and lobbying for the very thing which it claimed to abhor – the death penalty for the most vulnerable members of society.

In a move worthy of parody, Amnesty has launched an audacious and misleading campaign which targets not Syria, Iraq, China, Pakistan, India, Nepal or any one of a number of Middle Eastern countries, but Ireland, as being the new human rights pariah. Thanks to its protection of human life enshrined in the constitution, Ireland is, according to the logic of Amnesty, denying women the fundamental human right, namely the ability to be able to terminate the lives of their unborn children.

Together with the mandatory hashtag “She’s no criminal”, Amnesty has launched an assault on the media, shaming Ireland for their backward auld ways, attacking and blaming the Catholic Church for the fact that five referenda have confirmed the Irish aversion to liberalisation of the abortion laws and telling them that it’s time to move on and get with the programme. The success of the campaign to introduce gay marriage has convinced Amnesty (who are headed up in Ireland by Colm O’Gorman, one of the leading advocates for the yes campaign) that the Irish are beginning to see the error of their ways. Equality for all, unless you happen to be one of those awkward unwanted unborn babies.

In the light of this unsavoury and deeply misleading campaign, next time you get waylaid in the street by one of their cheerful chuggers, earnestly enquiring about whether or not you care about human rights, or should you be on the receiving end of one of their telemarketing calls, designed to guilt trip you into a regular monthly direct debit, here’s a list of questions to ask one of their representatives:

1)  Do you think sticking scissors into the skull of an unborn baby and using suction to remove their brains, before crushing their skulls, an acceptable way to abort children? If not, why then, did your organisation explicitly oppose a ban on this gruesome and barbaric practice in 2007.

2)  Why do you believe that abortionists like the convicted butcher Kermit Gosnell, have a human right not to be prosecuted for their willful destruction of late-term unborn babies?

4)  Do you believe in equal rights and respect for all regardless of disability? Why then do you believe disabled unborn children justify being killed more than abled-bodied ones?

5)  Why does your campaign for liberalisation of the abortion laws in Ireland feature the tagline ‘she’s not a criminal’ when the 2013 Protection of Life During Pregnancy Act, abolished the procuring of an abortion as a crime and placed the burden of criminality upon the doctors? Isn’t this misleading? How many post-abortive women have been jailed in Ireland for this supposed crime over the past 50 years. (Answer none). Did you know that in article 40.3.3 of the Constitution, right after the part about the protection of life, the next paragraph says that nothing in the constitution stops women from going abroad? As this could be interpreted as tacit approval, why do you persist with the lie that women who have abortions are criminalised in Ireland?

6)  Why have you conflated the issues of missed miscarriage and abortion in the testimony of Lupe, on your website to illustrate why you believe abortion needs to be legalised in Ireland? You do realise that abortion is not in fact a treatment for missed miscarriage and all of the correct medical protocols were followed in this case, which has nothing to do with abortion laws? Surely an organisation the size of yourselves ought to be able to afford medical advisers? Isn’t it both insensitive and dishonest to treat a missed miscarriage, where a baby has already died, as though it is the same as abortion? You do realise that best practice for a missed miscarriage is in fact conservative management, where the body is left to expel the foetus naturally? How can we trust an organisation which uses either mistaken or dishonest material to illustrate its cause? Why have you rehashed the pro-choice propaganda, which capitalised on the tragic death of dentist Savita Halapannavar who died from a mismanagement of sepsis and not thanks to lack of abortion.

7)  What’s your stance regarding conscience rights for professionals who do not wish to participate in abortion procedures? As the story of this midwife demonstrates, in Sweden these conscience rights have been eroded, meaning that doctors, midwifes and nurses are forced to act against their consciences.

8)  What are you doing to support women in China who are subject to forced late-term abortions and sterilisations thanks to their country’s one-child policy which is still enforced?

9)  Why did you force Gita Saghal out of your organisation in 2010 when she opposed your courting of those who support Jihadists and regimes such as the Taliban. Now you have  finally severed your links with the terror apologists, Cage five years later, do you not believe Ms Saghal has been proved right and is owed an apology?

10)  Where do you stand on gross violation of women and children’s human rights involved in the commercial surrogacy trade, which is indistinguishable from the buying and sellng of children? Is Amnesty International planning to bring any pressure on international governments to prevent this trade in human misery and desperation and often depends on the exploitation of poorer women who risk their short and long-term health. Do you support surrogacy contracts in which a woman signs over her bodily autonomy to a richer third party who is able to compel her terminate a pregnancy in certain circumstances?

11)  Do you not believe that there are enough organisations already concerned with the promotion of LGBT rights? Like abortion, same-sex marriage is not defined as a human right by either the UN or the EU? Where do you stand on conscience rights of those who have opposed their countries arbitrary redefinition of marriage? Do you support the rights of business, such as the Ashers Baking Company, not to be forced to participate in a political campaign or face prosecution for refusing to produce goods promoting a cause they vehemently oppose?

12)  Could it be that by focusing on popular Western liberal causes such as abortion and gay rights you are after the low-hanging fruit, rather than the more difficult stuff such as the treatment of Christians in Saudi Arabia, meaning that you can continue to justify your existence and attract more donors for your espousal of right-on causes? How much are your executives paid? How many prisoners of conscience do we not know about because you are spending so much of time and resources campaigning on non-human rights issues, like abortion and gay rights?

Chances are your friendly Amnesty “totally concerned about human rights” representative will be unable to give satisfactory answers. In which case I thoroughly recommend the Benenson Society which embodies the spirituality and the idealism of Amnesty’s original Catholic founder.