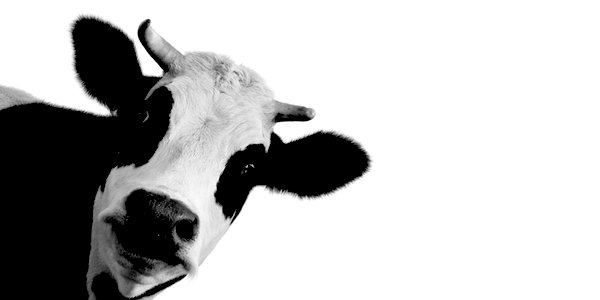 THE Green Wreckers who destroyed Australia’s cheap, reliable electricity are now targeting our cattle industry. They use fake science and false advertising to threaten our right to produce and consume real meat.

This stupidity relies on a totally false argument that grazing animals cause global warming by releasing carbon dioxide and methane to the atmosphere.

Grasses and crops extract CO2 from the atmosphere and add minerals, water and nutrients from the soil. They then use solar energy to create plant sugars and release oxygen.

All grasses are either eaten by grazing animals and termites, or burnt in grass fires lit by humans or lightning. Then comes the rain, the grasses re-grow, and the cycle starts again. Cattle harvest these crops and grasses, creating meat, milk, fats and bones (that’s real carbon farming).

Some of the carbon products that cattle eat are expelled from both ends as CO2 and methane, but not one atom of new carbon is introduced to the atmosphere by grasses, crops or cattle. They are just cogs in the endless carbon cycle that supports all life on Earth.

Moreover, contrary to the usual alarms, the atmospheric warming impact of methane (CH4) from cattle is negligible, since the few radiation absorption lines of methane are swamped by the absorption bands of the much more abundant water vapour. The same heat cannot be trapped twice.

As physicist Dr Tom Sheahen points out: ‘Worrying about methane emissions is the greatest waste of time in the entire lexicon of global warming fanaticism … CH4’s effect is so tiny as to be completely irrelevant.’

Cattle even aid carbon sequestration as their meat gets incorporated into long-lived human bodies. As the decades and centuries pass, prodigious amounts of carbon are transferred from the atmosphere to grasses, to beef steak and hamburgers, to milk and cream, and thus to human bodies and bones.

Eventually, millions of human bodies are buried (together with the considerable carbon fixed in their wooden coffins). Unlike the carbon temporarily captured in soils, much of this carbon in human cemeteries is permanently removed from the atmosphere.

Not only are Greens ignorant of the full carbon cycle of life, they also can’t count properly – they just measure whatever suits their red-green agenda.

‘Sequestration’ or trying to bury carbon for ever, is anti-life and serves no useful purpose. All farmed soils will become severely deficient unless they are fertilised with carbon-bearing organic nutrients (like composted biomass or cattle manure) and mined or manufactured fertilisers containing lime, magnesite, phosphate, nitrogen and trace elements.

Cattle have always served human needs by converting inedible grasses into edible proteins and fats. Their hides make leather, and their bones and waste are recycled to make fertiliser.

Our hunter-gatherer ancestors treasured meat, supplemented by seasonal fruits, bulbs and tubers. When threatened by occasional starvation, they learned how to process and eat grass seeds safely. We interfere with this ancient food heritage at our peril.

But now Green wackos from the aptly named Extinction Rebellion plan to ration and tax real meat while fraudulently labelling a manufactured plant-based concoction as meat.

Australia has about 26million cattle producing meat, milk and cream. If meat is to be rationed, why not also ration milk and cream for breakfast cereals, desserts and cappuccinos?

Why cull Australia’s cattle when India has more than 300million cattle and lets millions of them roam freely because Hindus consider them sacred?

Why ration red meat in Australia when Brazil alone has more than 230million cattle and South America’s beef consumption exceeds that of the US and Australia, in total and per capita?

Why ration red meat in Australia when China, with about 97million cattle, continually increases its meat consumption?

Even if all cattle vanished from the face of the Earth, grass growth would explode to feed mammoth bushfires, or be consumed by termites, or just rot – a real Zero Sum game to achieve world starvation. Maybe depopulation is their plan?

Here is a message for the cattle-haters, people-haters and meat-counterfeiters: ‘Hands  off  our  grasslands, our cattle and  our  real  meat.’