NewsPaperthe art of publishing
HomeNewsCerberus: Better the EU Devil you know? But this Devil plots far...
28

Cerberus: Better the EU Devil you know? But this Devil plots far worse terrors to come 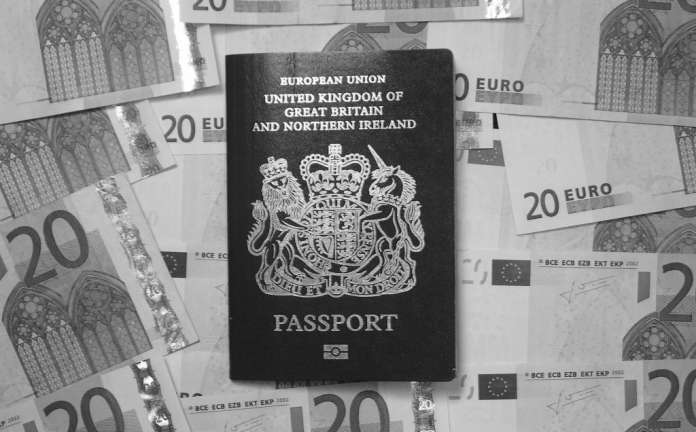 Fewer than four weeks to go – and thank God for that, many would say. So, as we enter the final lap, how to assess the balance of advantage between Leave and Remain?

First, the most momentous political struggle of the post-War era is becoming increasingly savage and personal. Yesterday, we had Sir John (Britain at the heart of Europe) Major in the Mail on Sunday lambasting the Leave campaign for peddling “downright untruths” and presenting a “crass and distorted” picture of the issues.

For all his Pooterish reputation, Major is no stranger to inflammatory language. The man who took us into the disastrous ERM, and fought desperately to keep us there as the economy tanked in 1992, once branded Cabinet Eurosceptics “bastards”. As for backbench critics of the joys of European integration, every time he heard their names, he saw the “flapping of white coats”. Unable to unify his party over Europe, by the 1997 election, which he lost spectacularly, he was hit by a mass revolt of Tory candidates after he refused to rule out joining the euro.

Then, the wildly pro-EU Observer, thought it significant that over 500 economists in a poll believe that Brexit would harm the UK economy. Take that with a pinch of salt. After all, 364 economists wrote to The Times in 1981, saying that Margaret Thatcher’s policies would destroy the British economy. Events soon proved them wrong and as a result of her free market reforms we have the strongest economy in Europe – and one that acts like a magnet for the impoverished, jobless youth of southern Europe, flocking to our shores as their stony-faced, remote leaders insist on sticking with the wealth-destruction machine that is the euro.

After taking innumerable direct hits over the economy – disgracefully manufactured by the propagandists masquerading as civil servants in the Treasury – Leave is having rather better of the argument. A combination of distressing pictures of refugees (genuine asylum seekers and economic migrants) perishing in the Med and new official figures showing that immigration is at near record levels has switched the focus back onto immigration. The Daily Mail on Saturday summed this up magisterially, pointing out that by 2013, 1.24 million people born in Eastern Europe were living in the UK – up from 170,000 in 2004. This inflow of over a million is the biggest in our country’s history – exerting huge pressures on public services and housing, brutal downward pressure on the wages of the low paid, and threatening the social fabric of the country. According to the Mail’s projections, in 50 years, perhaps sooner, white Britons could be in a minority.

At its simplest, the referendum will be won by whichever sides sets the agenda. If the public go to the polls on June 23, believing that living standards and the wider economy are the key issue, Remain will win. But if they think that uncontrolled mass migration must be curbed, Leave will take the prize. Clearly, the race is too close to call right now and we won’t have the benefit of an exit poll on the night of the 23rd to avoid having to stay up to the small hours to discover the result.

Vote Leave, the official campaign led by Michael Gove and Boris Johnson, has been reluctant to play the immigration card for fear of appearing extreme. Staffed, as it is, by plenty of young, metropolitan liberals it has sought to focus on the cost of EU membership and the much disputed claim that Brexit would release £350 million a week for the NHS. This claim has failed to stick – partly because it is not correct, but mainly because an issue as momentous as Britain’s EU membership cannot be resolved by such a relatively footling matter. A “saving” of £20 billion a year is small change in a country where state spending routinely runs at over £700 billion a year.

Hence the change of direction signalled by the Gove-Johnson letter to David Cameron reported in The Sunday Times warning him that his failure to ditch his undeliverable pledge to cut immigration to tens of thousands is “corrosive of public trust in politics”. And, if any more petrol were needed, in The Sunday Telegraph employment minister Priti Patel effectively accused the Prime Minister and the Chancellor of being too rich to understand the impact of uncontrolled immigration on ordinary people.

Economics versus immigration. The battlelines are more clearly drawn. And, given that they have fired off so many forecasts of material misery in the event of Brexit, Remain will struggle to keep up the artillery barrage of the past couple of weeks.

But there are deeper, more emotive factors at work, than masses of statistics about the economy or migration. In the end, many people, especially those not committed to either side of the argument, will form their judgement on an assessment of risk. Is it safer to stay in the EU, despite the fact that we will never regain control over our borders or over the European courts that prevent us deporting foreign criminals and terrorists? Or is it safer to Leave, despite the fact that lofty domestic and international authorities claim that we are playing with fire over our economic prospects?

(Of course, there are powerful counter-arguments that we would flourish outside the failing EU if we quit, freeing ourselves from burdensome red tape, cutting costs on business and enabling us once again to strike lucrative trade deals with far more dynamic parts of  the world – all cogently made by David Davis in his piece on this site on Saturday. But Remain is at least marginally ahead on the economic front.)

Amid the muddled middle of the electorate – those not convinced by the clarity of the sovereignty argument – one phrase is often heard: “better the Devil you know”. Better to stick with the EU with all its manifest faults than take Mr Cameron’s fabled leap in the dark. But do you really know this Devil? Do you know that over the next 5-10 years, he has far worse terrors to unleash? Visa-free travel for Turks (coming very soon) and eventual entry of a country riven by civil strife, increasingly in thrall to militant Islam and open to terrorist infiltration. Yet more unquantifiable mass migration. The transformation of the Eurozone into a single federal state with the power to bully the grumpy British colony on its margins. More powers for the European institutions and courts to impose their laws and will on Britain. A European army undermining Nato, the lynch-pin of our security  No, this is a Devil you don’t know and whose sinister ambitions you can only begin to hazard a guess at.

To change the metaphor. What do you do if your house catches fire? Say you detect a little smoke in an upstairs bedroom, then you notice a few flames in the bathroom, then a window cracks on the landing. Of course, you can try to put the fire out. We have – David Cameron’s renegotiation – and that has failed. The moment comes when you realise you have to flee the house. The safe option is not to stay any longer – it is to leave and leave quickly.

Ultimately, the Brexiteers can only win if in the next few weeks they can persuade the country that the smouldering European house will shortly be ablaze. The safe place is on the other side of the street.