NewsPaperthe art of publishing
HomeNewsCerberus: Leadsom took tea with a tigress – and got mauled
10

Cerberus: Leadsom took tea with a tigress – and got mauled 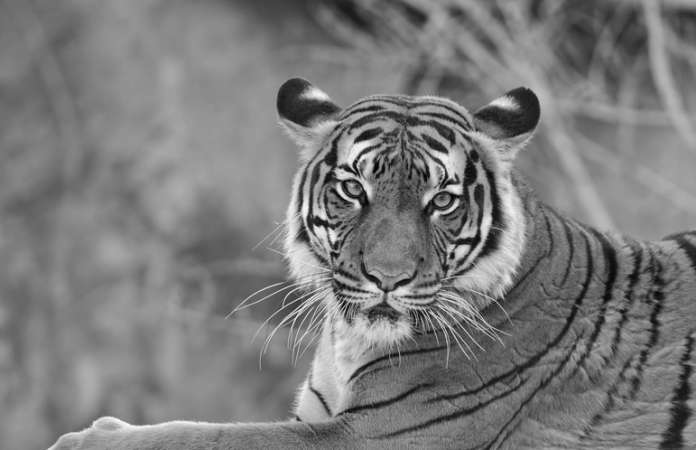 Well, not any more. Apple pie may retain its universal popularity, but after the “Mothergate” broth cooked up by The Times, motherhood is clearly a topic of burning controversy, not far short of should we stay in the single market, build a third runway at Heathrow, or invade France?

A swarm of angry wasps has descended upon Andrea Leadsom’s blonde locks for her contention that being a mother gives one a special stake in the country’s future. To take just a couple of the splash headlines in the main Tory-supporting newspapers, we have “Leadsom’s enemies stick the knife in” (The Sunday Times) and “Tory women turn against Leadsom as motherhood row deepens” (The Sunday Telegraph).

One unnamed figure in Vote Leave claimed she would be a “disaster” as Prime Minister and branded her “Andrea Loathsome”. But pride of place should go to Foreign Secretary Philip Hammond who said that party members do not want to witness a slagging match, then added helpfully from the margins of the Nato summit in Warsaw that “most of my colleagues [presumably foreign and defence ministers] have never heard of Andrea Leadsom”. One presumes Mr Hammond, a leading supporter of Theresa May, has yet to sign her sanctimonious “clean campaign” pledge.

Mrs Leadsom’s mistake was tactical rather than strategic. She gave an interview to Rachel Sylvester of The Times, an enthusiastic Blairite and one closely associated with the dominant modernising wing of the Conservative Party. Educated at a private school and Oxford, she is married to Guardian diplomatic editor and former political editor Patrick Wintour. Leadsom was taking tea with a tigress.

As for The Times, it is uniformly metropolitan liberal in its world view and has been gunning for the Tory Right, especially the socially conservative rump, since the days of William Hague. It more or less invented the “mods versus rockers” divide in the party and has had a soft spot for Mrs May since her infamous “nasty party” speech in 2002. More recently, it has turned its attentions to Ukip, never missing an opportunity to blow up some old-fashioned observations by obscure parish councillors into screaming headlines about some kind of ghastly phobia or another. This witch-hunt (or should that be dinosaur hunt?) reached its apogee in 2014 with European elections coverage targeting Nigel Farage and his party at every turn. It didn’t work since Ukip won that election comfortably. The Times was also a strong supporter of Remain in the referendum. Another lost cause.

Leadsom compounded her tactical error by linking her remarks about the importance of motherhood to her political outlook to Theresa May, observing that her rival for the Tory leadership did not have children. This led to the mischief-making headline “Being a mother gives me edge on May – Leadsom”. This is something that she did not say. In fact, she specifically asked that the paper not to make that connection, telling her interviewer:  ‘I don’t want this to be ‘Andrea has children, Theresa hasn’t’, because I think that would be really horrible…’ Predictably, that request was ignored. Understandably, Leadsom later said she was “disgusted” by the paper’s reporting.

Leadsom’s mistake in talking to The Times need not prove fatal. She should be focusing her campaign on her policies, of which she has plenty, and on her own understanding of Conservative philosophy and belief. Specifically, she should be highlighting her main difference with May – that she believes in Brexit and her opponent does not. Moreover, Leadsom impressed in TV debates arguing for change while May skulked in the shadows of Remain. In other words, Leadsom is in line with majority opinion in this country (and overwhelmingly among Tory members and voters)  and she has the drive and determination (and skill) to ensure that the revolution is not betrayed. Getting Britain safely out of the suffocating embrace of the EU is a huge challenge that can only be met by a Government led by a Prime Minister who is a true believer.

She is certainly up against it. Aware that their readers are nervous, even fearful, of the Brave New World to come, editors of the main pro-Brexit papers (The Daily Mail, The Sun and The Daily Telegraph) have all plumped for May on the grounds the country needs experience and, dreaded phrase, a “safe pair of hands”. Actually, that is the last thing it needs. It needs leaders with a commitment to radical reform because the old world of the cosy and incompetent Brussels club is coming to an end.

The winds of change are not just blowing through Europe. Brexit has ruptured the political landscape. Labour is in meltdown as its three component parts – leader, MPs, and membership – wage war upon one another while its working class core vote looks on in horror and seeks another home, quite possibly in a reborn Ukip centred on capturing seats in Labour’s former Midlands and Northern heartlands. The next Tory leader will have to grapple with the consequences of the June 23 political earthquake, which won’t always be as benign for the Conservative cause as they appear today. And in this environment, featuring large numbers of angry and disappointed people, mainly from the hard Left, civil strife cannot be discounted.

May looks on course for victory. But Leadsom has one key advantage. Her outlook is far closer to the views of the 100,000 plus Tory members who will decide the outcome. She has to learn to take her case to them.