NewsPaperthe art of publishing
HomeNewsCerberus: May 2018 is a fair bet for an early election
33

Cerberus: May 2018 is a fair bet for an early election 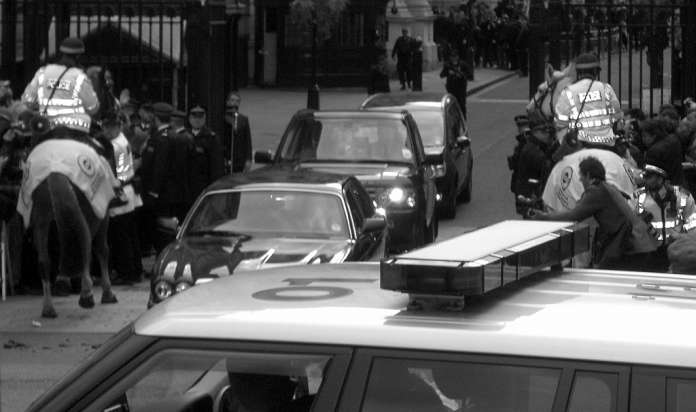 We live in interesting times – which might just be the best reason why Theresa May will have to call an election before the allotted date of  May, 2020.

The Prime Minister faces the most daunting in-tray of any leader in modern times. First, within two years, she has to negotiate successfully Britain’s exit from the EU – a project fraught with difficulty and complexity and one that will be the target of wrecking tactics at home and abroad.

Second, she has to balance the nation’s books, still a tall order with the deficit running at £50 billion a year and one not helped by the Tory backbench rebellion that swiftly put paid to Chancellor Philip Hammond’s politically inept proposal to raise National Insurance contributions for the self-employed. That £2 billion lost will have to come from somewhere.

Then there are her plans to revive grammar schools – one measure guaranteed to unite the disorganised rabble that passes for the Parliamentary Labour Party and one that will, as former Education Secretary Nicky Morgan said yesterday, also act as a rallying point for disgruntled and dispossessed Cameroon Conservatives of a liberal, progressive persuasion.

On top of that, she will face persistent sniping from the sanctimonious Nicola Sturgeon, who appears to have given up on attempting to govern Scotland (where her record is dreadful) and has instead appointed herself Grievance-Monger in Chief. Scotland won’t get an independence referendum this side of a 2020 general election, but that won’t stop Sturgeon trying to shore up her position and distract from her failings by harping on about it.

Finally, there is the Great Repeal Bill, intended to end our membership of the EU and enshrine into UK law (temporarily) its many rules and regulations before they are ultimately filleted by future administrations. This Bill and others needed because of our exit, covering areas such as immigration, farming and fishing, are bound to become the focus of Remainer resistance. Abroad is hardly any easier with a maverick in the White House and revanchist Putin still dreaming of restoring his country’s supposed former ‘glories’.

Article 50 may have been triggered with a huge majority in the Commons and eventually the Lords, but there is no sign that the Remainers have abandoned ship. Yesterday, we had Tony Blair on the Marr Show speaking of the need to revive centre ground politics and commit Labour to opposing Brexit if negotiations go badly and the public turns against it. That is most unlikely given the national mood and the way the people want Mrs May to get on with saying goodbye to Brussels, but it could happen.

And we should not overlook the ambitions of George ’Six Jobs’ Osborne, who clearly believes that if he can retain a parliamentary powerbase while taking over the editor’s chair at the Evening Standard, he can yet emerge as leader of the metropolitan Tory faction opposed to Mrs May’s Home Counties Conservatism.

Factor in the parliamentary arithmetic (May has an effective majority of just 17 in the Commons and no majority in the Lords) and one can begin to see the case for going to the country and winning a decisive victory – an attractive bet with the hapless Corbyn at the helm and with Labour MPs in despair over their prospects. The Fixed Term Parliaments Act is less of an obstacle than many suppose, mainly because the Labour leadership could hardly vote against an early election.

Yet, despite the jungle drums in the Sunday papers suggesting that Tory HQ is toying with an election as early as May this year, the odds are firmly against any precipitate move. The Prime Minister is hardly impetuous and she and her aides have repeatedly ruled out any early dash to the polls. Instead, they have emphasised the importance of getting on with the job and governing and delivering the verdict of the referendum. May’s reputation rests on her unflashy, diligent approach and her reluctance to “play political games” – Ms Sturgeon please note.

So no election this year. The Government will soldier on, wrestling with its bulging in-tray and trying to make headway over Brexit. But next year could be a different story. If the Great Repeal Bill is mauled by Parliament, if the EU once it has gone through the French and German elections, cuts up really rough, if attempts at domestic reform (such as grammars) and fiscal consolidation are derailed, the pressure on Mrs May to name the day could become unstoppable.

Much will depend on how the Great Repeal Bill fares in Parliament when it is debated and voted upon in the second half of this year. But a general election in May 2018 does not look out of the question.