NewsPaperthe art of publishing
HomeNewsCerberus: May needs to put an end to Brexit summer squabbles
24

Cerberus: May needs to put an end to Brexit summer squabbles 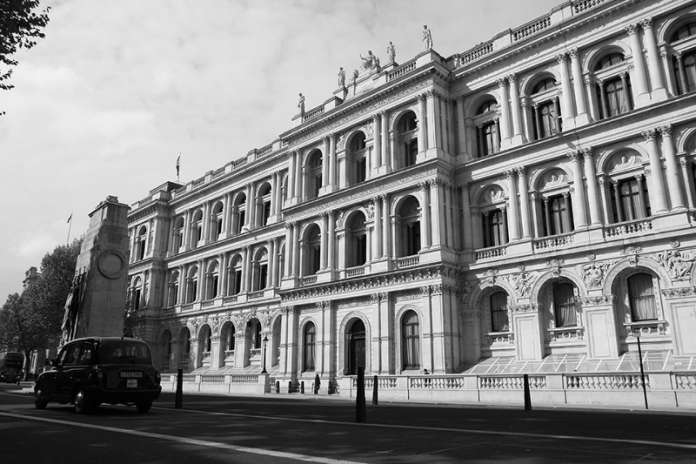 Like Margaret Thatcher before her, Theresa May has chosen the Swiss Alps for her summer holiday. She and her husband Philip have been pictured trekking through the mountains in coordinated outfits and sensible boots. The Prime Minister has said that she favours Switzerland for its “peace and quiet”. She could have added that it was outside the EU. But that would not have been conducive to her quest for thinking time.

Mrs Thatcher also liked the smack of firm government and rarely missed an opportunity to let her ministers know who was in charge. Mrs May is only a month into the job but already commentators are questioning her guiding philosophy. What is her vision for the country? What does she want to achieve? And, more specifically, what does she mean when she says Brexit means Brexit? It is hard to imagine that if Mrs Thatcher were in her kitten heels today she would have had so little to say about the biggest challenge facing this Government – or indeed any government of the last 40 years.

Predictably, with the Downing Street cat taking the mountain air, the ministerial mice are beginning to play. It may be the middle of August and the media may be full of the British gold rush in Rio, but the weekend papers still featured reports of Whitehall infighting over Brexit. According to The Sunday Times, ministers have been privately briefing the City that Brexit could be delayed to 2019, mainly because they are waiting for the results of the French and German elections next year.

The Sunday Telegraph unearthed a “feud” between Boris Johnson and Liam Fox with the International Trade Secretary demanding that the Foreign Secretary cede to him the FCO’s economic diplomacy unit and concentrate on diplomacy and security. Boris has rejected the demand set out in a letter to him from Dr Fox amid signs that Mrs May’s Whitehall tinkering (creating two new departments to lead on Brexit) has sparked an old-fashioned turf war.

Meanwhile, The Mail on Sunday reported that Mrs May faces an autumn ambush from hardline Tory Eurosceptic MPs fearful that the absence of any road-map for quitting the EU signals that we are heading for “Brexit Lite”.

Her peace and quiet disturbed, according to ITV News, the Prime Minister has been forced to instruct Fox and Johnson to stop squabbling and get on with their job of constructing a Brexit plan that will work.

So far, these quarrels are little more than summer squalls and pose little threat to the impression of order and authority that Mrs May has swiftly brought to Downing Street. But time is not on her side. When Parliament returns next month and before the Tory party conference at the beginning of October, she needs to say far more about how she intends to go about severing Britain’s ties with the EU, her timetable for departure and her red lines in the divorce talks.

When will she trigger Article 50 and the two-year deadline for departure? When does she anticipate Britain formally leaving the EU? Does she envisage any trade off between UK access to the single market and curbs on the free movement of EU citizens to the UK? She should be aware that hardline Tory supporters of Brexit – who number as many as 50-100 in the Commons – will not tolerate any arrangements that fall short of the full restoration of national control of immigration.

Nigel Farage, sporting a much celebrated moustache, re-entered the fray at the weekend, warning of public anger and demonstrations if there was an attempt to fudge the outcome of the referendum. It was a timely intervention. Mrs May will need to show she has got a grip on her administration when she descends from the mountains.