NewsPaperthe art of publishing
HomeNewsCerberus: Obama faces a rough ride over Brexit from the sceptical British...
60

Cerberus: Obama faces a rough ride over Brexit from the sceptical British press 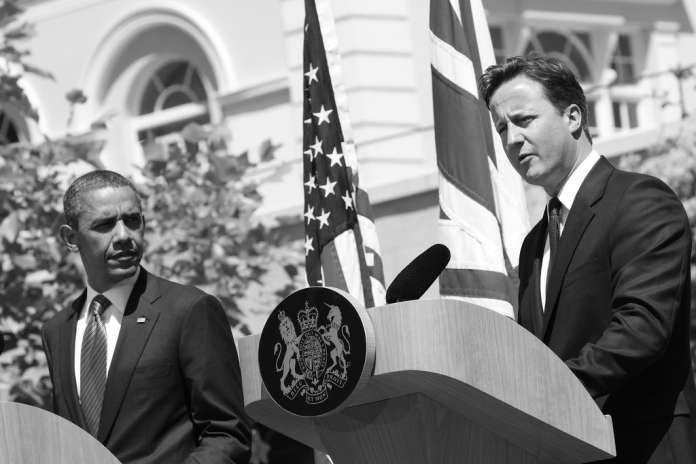 Henry Kissinger, the top American diplomat of the Nixon and Ford era of the 1970s, summed up the US attitude to Europe when he asked: “Who do I call if I want to call Europe?”.

The short answer, as the veteran geopolitical sage admitted a few years ago, is that you might as well pick a number at random. Despite decades of political integration, the EU is still a long way from being the kind of superstate it would like to become. Yes, it has a foreign affairs commissioner and a European External Action Service with ‘embassies’ in 140 countries But it also has 28 foreign ministers and remains generally incapable of adopting a coherent approach to problems on its doorstep – witness Syria and the migrant crisis and Ukraine, to name but two, let alone the Balkans calamity of 20 years ago.

But still the US, in a negligent, absent-minded way, thinks it would find the world a simpler place if Europe were a single political entity and one phone call would suffice. In part, at least, this is the thinking behind Barack Obama’s visit to the UK this week, in which he will spring to the aid of his buddy Dave and make clear that he believes Britain should stick with its current arrangements.

Ben Rhodes, the White House deputy national security adviser, has said: “We believe that all of us benefit when the EU can speak with a strong and a single voice and can work with us to advance our shared interests whether on security or prosperity. We believe that the UK has benefitted from the single market; that is good for the British economy and that, in turn, is good for the United States economy.”

Leave aside the fact that there are plenty of people on the American Right, including the erratic Donald Trump, who take a different view. The foreign policy establishment in Washington, especially the dominant Democrat faction, backs British membership of the EU.

As Kissinger indicated, this partly because of administrative tidiness. But it is also because of American ignorance of the wider world, not altogether surprising in a country where to this day only one third of the population holds a passport and where surveys consistently reveal quite staggering gaps in understanding and knowledge. Richard Littlejohn in the Daily Mail makes a living out of lampooning American attempts to comprehend ‘Englandland’.

As Boris Johnson has robustly pointed out, it is sheer hypocrisy for the Americans to bang the drum for British membership of the EU when they are so deeply wedded at home to the concept of national sovereignty. After all, the United States of America was born out of a rebellion against foreign rule (ours) and to this day displays a remarkable resistance to sharing its powers with other states or international institutions.

The idea that the USA would enter into arrangements with neighbours such as Canada and Mexico that compromised its independence is laughable. Yes, it is a member of the North American Free Trade Area, but that does not involve the creation of a flag, president, parliament or supreme court empowered to over-rule the one in Washington. Nor does it guarantee free movement of Mexicans or Canadians – or require the introduction of a single currency and central bank.

America is not a member of the International Criminal Court at The Hague or the international convention of the laws of the seas. It is, of course, the central pillar of Nato, but that is fundamentally a free partnership of allies, committed to coming to one another’s aid if any single member is attacked. In that respect it is no different to alliances forged by sovereign states throughout the ages.

Yet, this interfering, bossy EU with grandiose pretensions as a superstate is the system that Obama thinks is best for Britain, which just happens to be his country’s oldest and most powerful and reliable ally.

This American President has been notoriously isolationist, retreating from America’s responsibilities across the globe and contributing to an unholy mess in the Middle East that now, via the migrant crisis, threatens to overwhelm Europe. But his days are coming to an end and soon there will be another American president, perhaps one who will need Britain’s support in sorting out the chaos Obama has left in his wake. That support – and the independence to give candid counsel when America is on the wrong track – is far more likely to be forthcoming from an ally not immersed in the labyrinth bureaucracy of the EU and its presumptious External Action Service.

Obama, who came to office as the darling of the UK’s liberal elite, still enjoys high approval ratings in this country, despite his failure to make any significant impact on the world stage and despite his inadvertent promotion of President Putin as the major powerbroker of the Syrian conflict. Dave clearly hopes and believes that his intervention will bolster the lacklustre Remain campaign.

But there is still a danger that Obama’s entry into the fray will backfire. The President, normally insulated from the rough and tumble of American politics and treated with deference by the American press, should expect some tough questioning from the Eurosceptic British media when he conducts his press conference on Friday.