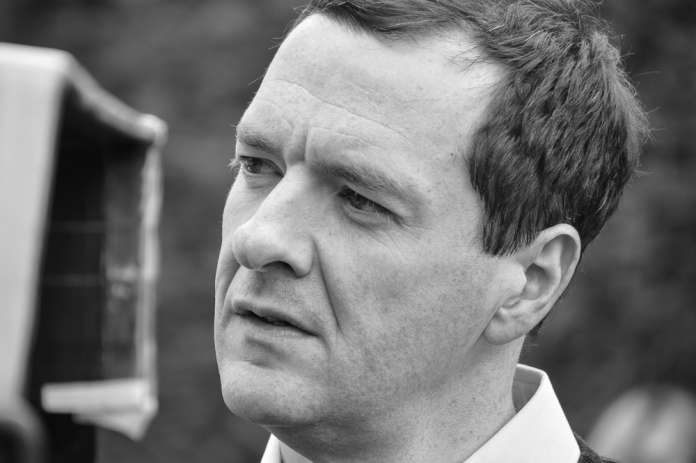 Wets versus Dries, Mods versus Rockers, and now Cameroons versus Mayites? For the past 40 years, the Tory party has been beset by a long-running, frequently low level guerilla war between Left and Right, and, as Mrs May’s honeymoon shows signs of coming to an end, the battle lines for future internal conflicts are being drawn.

The clearest signs of the re-emergence of this historic rift came last week as George Osborne, the ousted and humiliated Chancellor, raised the banner of revolt. Osborne rejected May’s call for a return of grammar schools, said she had “wobbled” over his vision of a Northern Powerhouse, hinted at opposing her apparent commitment to a “hard Brexit”, suggested that the delay over the nuclear power station at Hinckley Point had achieved little, denied he had been dismissive of her in Cabinet, and said he would “not necessarily” be a distraction to her government.

He also said that, unlike his friend and close political ally David Cameron, he was not thinking of retirement at the tender age of 45. Positioning himself as a pro-European centrist rival to May’s government, he added:  “I will be championing … the liberal mainstream majority of this country … who do not want to be governed from the extremes, who want Britain to be internationalists, outward-looking, free-trading, who want a socially just society. That is the cause that I believe in.”

In short, Osborne announced himself as the leader of  the Tory Left, the faction that has governed the party for most of the time since the days of Ted Heath in the mid-1960s all the way until today. The exceptions, of course, were the Thatcher era from the mid-1970s to 1990, when she was cut down by the Left over Europe, and brief interregnums under William Hague (2000 to 2001) and Iain Duncan Smith (2001-2003). But for most of the last 50 years, the centre-Left has held sway in the Conservative party, most notably under the “modern, compassionate Conservatism” of David Cameron, at the helm for more than a decade.

At first sight, May is not a natural leader of the Tory Right. In her long stint as Home Secretary, she kept her cards close to her chest, rarely straying beyond her brief. Her most notable contribution, which dismayed many on the Right was her “nasty party” speech as Tory chairman at the 2002 party conference. She was a strong supporter of same-sex marriage, which split the party on Left versus Right grounds and led to many party members defecting to Ukip. On the other side of the coin, her party conference speech last year – “immigration is making it impossible to build a cohesive society” – was well received by the Brexit-supporting Right. Yet, for all that, Mrs May backed Remain, while doing precious little in the campaign to swing the vote that way.

More brutally, Mrs May has purged the Cameroons, clearing them from Downing Street and sending prominent figures, such as Osborne, Michael Gove, Nick Boles, Nicky Morgan, Ed Vaizey Hugo Swire and Anna Soubry to the back benches.

Some commentators, most notably Peter Oborne in Saturday’s Daily Mail, see May as leading a populist counter-revolution against the elitism of Cameron and Blair before him, positioning herself as the champion of ordinary people against the privileged, the provinces against the centre, and the voters against the political class.

But these are early days. Mrs May has a majority of only 16 and a House of Lords broadly opposed to her emerging political agenda. Neither quite of the Right or of the Cameroon Left, she is currently an enigma, whose gut instincts are largely unknown. Indeed, her advisers, most obviously her co-chief of staff Nick Timothy, have left a deeper political footprint so far than her.

The dangers for May are clear enough. By clearing out the Cameroons so completely, to the extent that the former Prime Minister has decided to quit Parliament, she has created the conditions for an organised hostile cabal to form on the back benches, led by Osborne, and possibly Gove. She has also decided to pick a fight over grammar schools, a move widely applauded by Tory traditionalists and one that commands plenty of public support. But grammar schools are opposed by the Tory Left and are one of the few issues that unite the rabble that now passes for Corbyn’s Labour party. Party and parliamentary management are going to prove tricky issues for her.

Her position on Europe – that Brexit really does mean Brexit – also commands widespread support, though it remains to be seen whether the Cabinet, where Remainers predominate, will back her in the hard pounding to come – both at home and in Brussels. Her authoritative personal style and her composure are definite assets and her outline agenda – a country that works for everyone – has potentially huge appeal. And she has the massive advantage that Labour looks unelectable for a decade.

There are echoes here of John Major succeeding Margaret Thatcher and then winning the 1992 election with a small majority. Major, buffeted by Europe, proved neither fish nor fowl, one moment posing as a Eurosceptic, the next speaking of his mission to put Britain at the heart of Europe. His vacillation only encouraged the persistent infighting that came to mark his premiership.

May must avoid his errors, not least by building a solid body of support in Parliament, giving clear leadership over Brexit, and responding to the popular clamour, shown in the referendum vote, for a government more in touch with the hopes and fears of people who will never go to Notting Hill.