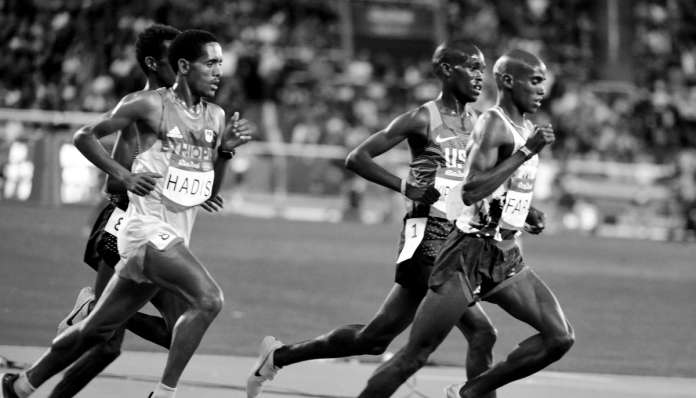 Ministers have been understandably quick to seek to draw political lessons from Britain’s stunning success in the Rio Olympics. According to The Sunday Times, Theresa May wants to harness the spirit of our “world beaters” to draw up a blueprint for Brexit. Business Secretary Greg Clark has spoken of copying the approach adopted by UK Sport and creating an environment in which excellence can thrive.

These are laudable sentiments. Certainly, the Olympics gold rush is a rebuff to the moaning Remainers, whose defeatist and negative attitudes were best summed up by luvvie actress Emma Thompson who said before the referendum that outside the EU, Britain would merely be “a cake-filled misery-laden grey old island”. With more gold medals than 1.4 billion strong China – and many more per head of the population – and the fifth biggest economy on the planet, this is some island.

But are ministers learning the real lessons of the Rio? Or are they intent on going back to the 1970s and attempting to disinter the mouldering corpse of State intervention in industry?

Clark spoke of bringing together a long-term strategy for our industrial and commercial future and recognising our strengths from science to the creative industries. A la the Northern Powerhouse, greater infrastructure investment is on the cards.

This is perilously close to the “picking winners” policy of the 1970s which degenerated into backing losers – propping up loss-making industries such as British Leyland and British Steel with vast amounts of state aid, all of which went down the drain.

Ministers and civil servants may think they can identify sectors of the economy that will flourish with government support, but advocates of the free market recognise that the future s unknowable. The next big idea in commerce and industry may be just round the corner, but which corner and when? Entrepreneurs, inventors and investors are the people best placed to make such judgements – at no cost to the overburdened taxpayer.

But Rio does prove one thing: that elitism delivers results. UK Sport has been ruthless in spending its £350 million Lottery-funded Olympics budget on hiring the best coaches and providing the best training centres in sports with the best chance of gold medal success. It has created elites up and down the land – in cycling, rowing, swimming, athletics, gymnastics – and withheld funding from areas with a disappointing track record.

The trouble is that in much of the political world and the media, elitism is a dirty word, implying privileged treatment for a few and a mediocre service for the many. Yet, elites work. In every walk of life, success depends on the creation of an elite capable of world class performance – just as we saw in Rio.

Rather than getting bogged down in trying to spot the next great commercial money-spinner and job creator, ministers would be better advised to concentrate on the areas that they are already responsible for: such as education and health, areas in which Britain’s performance would win few medals of any stripe.

If Clark and May want “excellence to thrive”, how about getting serious about restoring elite state schools – grammar schools in other words? If post-Brexit Britain is going to top the economic league table it is going to need an extensive academic elite. Of course, we have elite schools but the entry requirement is onerous and hard to come by – parents with bags of money. A genuine commitment to excellence would sweep away the leftish prejudices that still insist that all children are the same and should endure the same education – irrespective of their talents, energy and ambition.

We need a new wave of highly selective and academic schools capable of producing the business, academic, professional, creative and scientific elites of tomorrow – the people who will ultimately lead post-Brexit Britain in the 21st Century. And we need hard-headed universities to match.

And, after the latest survey showing that one third of our Rio medal-winners attended private schools, it is worth bearing in mind that grammars don’t just produce academic elites. Their focus on all-round excellence and achievement creates the scope for a revival of competitive school sport – now almost unknown in the bog standard comp.

And alongside these academic institutions, we need high class technical and vocational schools capable of producing skilled workers with the know-how to play a pivotal role in what must amount to a second Industrial Revolution. This kind of clear thinking underpinned our staggering medals haul in Rio. We need to start applying it to our creaking, second-rate public services.