NewsPaperthe art of publishing
HomeNewsCerberus: Trump must use his muscle to impose Pax Americana
37

Cerberus: Trump must use his muscle to impose Pax Americana 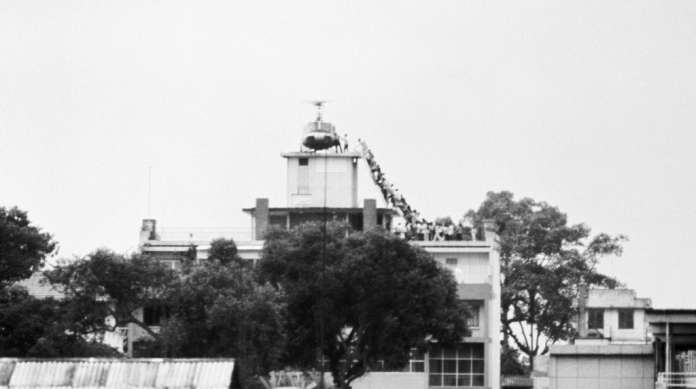 Are we really on the brink of World War III? Is this the Cuban Missile Crisis of 55 years ago when the United States and Russia (or the Soviet Union as it was then known) last squared up for a fight? Judging from some of the press headlines of the past week, you might be forgiven for thinking so.

At the weekend, the Daily Mail, among other papers reported that Russia’s Prime Minister Dmitry Medvedev had said that America’s cruise missile bombardment of a Syrian airbase believed to be the platform for a deadly sarin gas attack on the rebel-held town of Khan Sheikhoun had brought the US to the verge of a direct clash with Russian forces in Syria. In the days since, the war of words between the two countries has hardly abated, with the Americans now warning they will strike again if Bashar Assad resorts to further use of chemical weapons and demanding that President Putin abandons his support for the Syrian dictator.

Yes, although the rhetoric is fierce, April 2017 does not feel like October 1962. Unlike then, when JFK confronted Nikita Krushchev over a Soviet plot to install nuclear-armed missiles less than 100 miles from the American mainland, and forced him to back down, no one is scanning the blue skies over London for the sight of an incoming Russian ICBM or a giant Bear bomber. The world has changed a lot since 1962. This may be a war of words, but it is not the real thing, thank God.

For a start, this is not a clash of super-powers. There is only one super-power on the planet – and it is not run by the dead-eyed Russian autocrat Putin, the ex-KGB man widely credited as running rings around the West for the last decade. The US is the only super-power and it is only now emerging from the long slumber of the Obama years. Trump, the most inexperienced US president of modern times, is metaphorically rubbing his eyes and peering into the gloom of the mutual suspicion and hostility that has characterised US-Russian relations since the end of the last war. But, by abandoning the isolationist stance of his campaign days and striking at Assad, he has reminded the world of his country’s awesome military power – far in excess of any rival, including Putin’s Russia.

At its simplest, the world’s policeman has returned, perhaps temporarily, to his beat. Dictators and despots the world over will be sleeping less easily tonight, if only because they cannot be sure what Trump will do next. His unpredictability may worry his allies, but it is equally a source of anxiety to his foes, whether in the Kremlin, Damascus or North Korea. After firing 59 cruise missiles into the night sky of the eastern Mediterranean, it would seem a safe bet that neither Assad nor his pudgy fellow psychopath Kim Jong Un will be planning anything adventurous in the next few weeks.

These things go in cycles, especially in the USA. In the 1950s and 1960s, Uncle Sam was regularly to be found, truncheon in hand, patrolling the mean streets of the world, first in Korea and then, catastrophically in Vietnam. Britain had Suez, its day of reckoning as a world power (for which the Americans bear the bulk of the responsibility). America had Vietnam and the 1975 rush for the exits from the roof of the US embassy in Saigon, leaving its South Vietnamese allies to the non-existent mercy of the Communist Viet Cong. Further humiliations followed under Jimmy Carter and it took the Thatcher-Reagan era to restore Western self-confidence and achieve the once unimaginable prize of victory in the Cold War.

That should have been the end of history, but with the rise of Islamist terrorism and disorder, aimed mostly at the unfortunate peoples of the Middle East, but regularly shedding the blood of Westerners, the last 25 years have failed to live up to the promise of a new world order – one of free markets and liberal values.

George W Bush and Tony Blair, responding to the horrific murder of 3,000 people on American soil one sunny day in September 2001, sought once more to reimpose the Pax Americana by crushing Saddam Hussein and bringing democracy to Iraq. But although they planned for war, they did not plan for the peace.  Then came the surge, pushing back the Sunni insurgents. Next followed Obama, a more eloquent version of Carter and much feted by liberals the world over, not least in David Cameron’s shiny modern new Conservative Party. America went home and retreated behind warm words and red lines subsequently crossed by brutes with impunity.

This is the hesitant, confused but still powerful America Trump has inherited. He speaks of making America great again. He also speaks of putting America first. It is a big circle to square. America can only be great again if it takes up what Kipling called “the white man’s burden” or, as JFK put it, Let every nation know, whether it wishes us well or ill, that we shall pay any price, bear any burden, meet any hardship, support any friend, oppose any foe to assure the survival and the success of liberty.

Trump, the archetypal American isolationist, the man whose campaign rhetoric repudiated the concept of the US as the world’s policeman and most of its history for the last 100 years, stands at a crossroads. He can retreat to Trump Tower and hope that the world, angry and clamouring at his gilded gates, leaves him alone, which it won’t. Or he can confront the formidably hard task of global engagement. This means knocking Putin into line, getting rid of Assad, obliterating Isis, and restoring a measure of stability and decency to the Middle East. It also means enabling 10 million Syrian refugees to return home from either internal or external exile, thereby stabilising an unhappy Europe, from which Britain has wisely extricated itself – just in time.

It also means America relearning some hard lessons. With great power and wealth comes great responsibility. Back in 1956, Eisenhower stabbed the colonial powers Britain and France in the back over Suez and gave the green light to the kind of Arab nationalism that has intermittently disfigured the world for more than half a century – a decision that he later privately bitterly regretted, calling it his gravest foreign policy error.

Modern liberals blame Bush and Blair for the chaos in the Middle East today, for the seemingly endless Syrian war that has already claimed around half a million lives – ten times the American death toll in Vietnam and more than its grim tally in World War II. But its origins go deeper. They hark back to the American betrayal of Britain and France 60 years ago and the country’s schizophrenic attitude to the exercise of power. Post the Iraq war the US could have kept 50,000 – 100,000 GIs in the region indefinitely. Then there would have been no Al Qaeda, no Isis, no Syrian war, no Assad-Putin-Rouhani axis – and rogue states like North Korea would have been kept in their box. The lives of perhaps a million people would have been saved.

Bring the boys home is a powerful message. But if the boys come home, bad guys take over, lives are lost by the truck-load, and the boys have to go back. We understood that once in the days of the Pax Britannica, when we had the power. It is about time Trump and his friends took a look at the history books.

Share
Facebook
Twitter
WhatsApp
Email
Previous articleLaura Perrins: The trans-agenda is worthy of a fascist state and must be stopped
Next articleAndrew Cadman: Feminist-dominated Parliamentary democracy is the enemy of social conservatism