NewsPaperthe art of publishing
HomeNewsCerberus’s Election Watch: Crosby must have Juncker and Co on the Tory...
101

Cerberus’s Election Watch: Crosby must have Juncker and Co on the Tory payroll 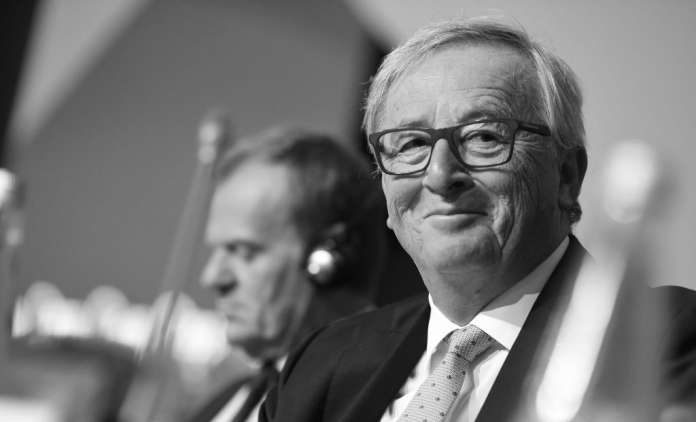 Has Lynton Crosby, the Tory election guru, got Juncker and Co on his payroll? That seems the only logical conclusion to draw from the botched attempt by the Brussels bigwigs to bully British voters into an eleventh hour U-turn over Brexit and a repudiation of Theresa May at the ballot box next month.

Hamfisted press briefings by Juncker’s Chief of Staff Martin Selmayr after a private dinner in Downing Street – to the effect that Mrs May was ‘delusional’ and ‘living in another galaxy’ – have infuriated the Prime Minister and united the Eurosceptic press (far and away the most popular newspapers in Britain) behind her.

After Selmayr, nicknamed the Monster at the Berlaymont, leaked a deliberately tendentious account of the dinner party exchanges to a German newspaper, the PM came out all guns blazing in a quite electrifying speech outside the door of No 10.

In a performance redolent of Margaret Thatcher at her most spellbinding (think Bruges 1988 and the ‘folly of the European superstate” or ‘No, No, No’ just before her fall in 1990), May gave the bibulous Juncker and his henchmen the full handbag.

They were issuing threats and leaks deliberately timed to affect the result on June 8. As she put it, “there are some in Brussels who do not want these talks to succeed”. Once we had the Iron Lady (a Soviet insult that backfired badly on the Kremlin), now we have a new Boudicca, determined to throw off the imperial yoke.

They may not want the talks to succeed but they are sure going about it the wrong way. No sooner had Mrs May issued her counterblast than the papers piled in behind her. Hands off our election, trumpeted The Daily Mail. Nuclear Juncker, joked The Sun.

Hasn’t the Brussels elite learned anything from the referendum campaign? Don’t they remember that support for Brexit went up after the poster boy of the Davos Dynasty, Barack Obama, warned that we would be at the back of the queue if we had the temerity to break with the EU?

And not just the US President. The leaders of China, Japan, India, Germany, France, Australia, New Zealand and Canada were of one voice. Brexit would be bad for Britain – a view endorsed by the high priests of the global economic temple, such as the IMF, the World Bank and the OECD.

There is a reason for the convention that you do not interfere in other people’s elections. They don’t like it, and lecturing and meddling has a habit of proving counter-productive.

None of which should detain the Aussie campaign chief. Perhaps Crosby would like to invite the Brussels bigwigs to embark on their very own election speaking tour, explaining to the ignorant and xenophobic Brits why they should swing behind that enlightened little fellow Farron and his splendid idea of a referendum replay.

Before Junckergate, May was heading for a landslide. Now it looks like an avalanche.