NewsPaperthe art of publishing
HomeNewsChange UK, disappearing up its own aspirations
163

Change UK, disappearing up its own aspirations 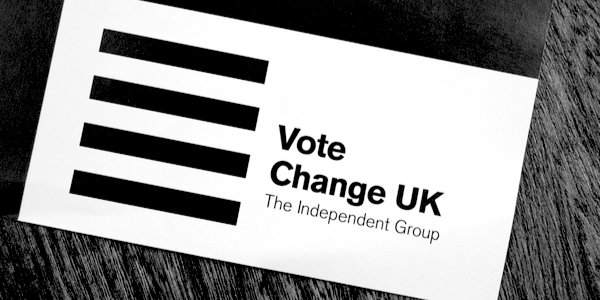 CONSERVATIVES, Labour and Liberal Democrats all now miserably fail to live up to their descriptive titles. But no political party has been more inappropriately named at inception than Change UK, formed to keep us in the EU and perpetuate technocratic, corporatist government. Founded to preserve the discredited status quo, its candidates ought to have included Francis Rossi.

Earlier this week six of the 11 Change UK MPs returned to being independents, including Chuka Umunna, still searching for a party which shares his own high opinion of himself. It would take a heart of stone not to laugh at this latest splintering; but remaining stony-faced will be the voters who originally returned each of this shower as Labour or Tory, yet still are being denied by-elections in which to make their feelings known.

It also is reasonable to assume that before the next general election most or all of the half-dozen defectors from Change UK will seek asylum in the LibDems. Asked that very question, the former interim leader Heidi Allen answered ‘never say never’; from which one confidently can predict that the woman whom South Cambridgeshire returned in 2017 as a counterfeit Conservative will soon be knocking on the door of her spiritual home.

Mind you, it would understandable if even the LibDems were to turn away the former leader of what previously was The Independent Group, after this toe-curling performance by the ‘proud TIGger mum’.

That was hopeless Heidi at the launch of Change UK, about to introduce some of the well-known names who answered after ‘the call went out from TIGger Towers’. One respondent was journalist Rachel Johnson who, in January 2018 after being evicted from the Celebrity Big Brother house, declared: ‘I’m definitely not going to do any reality TV again.’ Yet just over a year later, she volunteered for the political equivalent.

Asked to differentiate Change UK from the LibDems, Johnson was stumped for an answer and broke the silence by telling the interviewer she was ‘enjoying the view’. Still, at least Rachel was sufficiently self-aware to realise that she and other party candidates for the European Parliament were just larking around and did not take herself seriously as a putative politician.

The same cannot be said for Gavin Esler, the former BBC presenter whose biases and ‘excremental venom’ were recorded by TCW’s David Keighley here. Grandiose Gavin saw ‘a chance to have a voice in forging something big and new that will change Britain for the better’ and told the Huffington Post: ‘Brexit is about expertise. You cannot and should not have someone who really knows what they are talking about balanced by someone who is essentially the village idiot.’

Gavin Esler: TV news must stop giving airtime to the 'village idiots' of Brexit – the dubious right wing supposed "think tanks" and pseudo-experts among ERG MPs who simply haven't a clue what the implications of Brexit truly are. https://t.co/ufFVLTlBlA

When challenged by the Brexit Party’s Martin Daubney on his ‘village idiot’ insult, excitable Esler went into finger-jabbing mode.

His going ‘full Lammy’ failed to impress voters even in London, the region in which Esler stood: in this Redoubt of Remain, Change UK trailed a dismal and distant sixth.

Results elsewhere were even worse: in North West England Change UK finished behind UKIP and, with fewer than 50,000 votes, was not far ahead of Tommy Robinson. Despite which, Change UK intends to limp on, its remaining quintet being led by Anna Soubry – remember her? Fortunately, the disastrous performance by her party in the European elections has not dampened the admirable sense of humour for which Anna is renowned, the new leader telling Channel 4 News: ‘I don’t have an ego, I can assure you.’

It’s the way she tells ’em. Still laughing along with Anna is former Labour MP Chris Leslie, who it is easy to forget was Shadow Chancellor before John McDonnell. Chris is now more likely to become a quiz question than return to front-line politics. Incidentally, in Change UK Nicola Murphy, wife of Chris Leslie, remains the chief executive; and Anna Soubry’s bidie-in, Neil Davidson, continues as party treasurer. Ah, the new politics.

There are three other sitting MPs, all fugitives from Labour, that few can name and about whom no one, apart from their betrayed constituents, much cares. It is difficult to imagine this rump attracting new members and any recruits can expect anonymity. Change UK might have little future as a political party but will be ideal for providing witness protection.