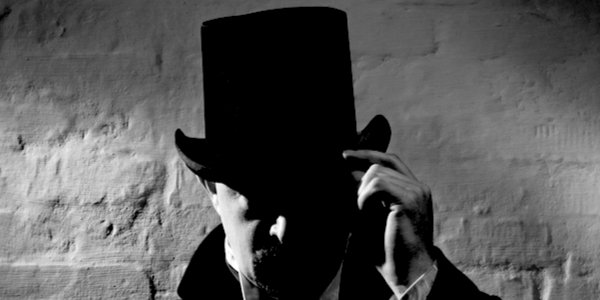 OUR Man in Westminster, Sir Charles ‘Chatty’ Chatterton MP, is committed to truth, transparency and decency. He is happy for TCW Defending Freedom to publish his correspondence to his constituents. Sir Charles has represented the people of Greater Tittleham since entering Parliament in 1966. Out of a sense of duty to the nation, he remains an Assistant Under Secretary at the Department for Transport.

I am loathe to write to you at this time of year when I am sure you are busy harvesting, thatching and tending your livestock. However, I must crave your attention for a few moments in the hope that you will offer me your down-to-earth yet sage advice on the tiresome question that is: who should be the next Prime Minister?

As an elder of the Party, some might say one who is pre-eminent amongst his peers, it has befallen upon me humbly to accept the mantle of ‘kingmaker’ when it comes to choosing such people. I do know that the parties involved are eagerly awaiting my endorsement. I regret to admit that since the defenestration of dear Margaret my recommendations have been unmitigated disasters, but in my defence the options in each case have been exceedingly poor.

To help me to gauge the opinion of the common man I have already begun my research. Yesterday evening I left my dear Lady Veronica engrossed in her recipe books and my secretary Catherine tapping away on her computer, and instructed Clarke to drive me in the Bentley to the Dancing Dolphin on the cliffs overlooking the Channel in Nether Tittleham. I did so to enjoy a glass or two of their excellent Hake’s Teeth IPA and allow me to mingle, incognito, with the diverse clientele. I was able to chat with convivial constituents replenishing their spirits after a hard day of honest toil, and harassed holidaymakers unwisely seated in the outside dining area of the hostelry fending off the rapacious gulls as they fought over the ownership of the chipped potatoes.

I have to admit I was out of my depth in most of the conversations as the good people I met preferred to talk about something called Love Island, the ladies who play Association Football, and the location of petrol stations charging less than two pounds per litre. However, I was able to elicit the occasional comment about the two contenders. One lady remarked that Sunak had ‘nice teeth’, and a gentleman slurred that Truss ‘had funny eyes’. A young person believed that the erstwhile Chancellor was in competition with Donald Trump.

As the sun slowly subsided over the silvery sea and the gorged gulls returned to their distant dunes and steep seaward slopes, I reflected on the unsatisfactory nature of the evening’s research and hence my request to you for more sober and considered opinions of the merits or otherwise of the candidates. My expectation is that given the size of the National Debt and the entrenchment of hostile actors in our institutions, neither the squanderer Sunak nor the Thatcher imitator Truss will be able to avoid national bankruptcy and a great calamity. But be reassured, regardless of the outcome I shall continue to serve my country by assisting in the dispersal of electric vehicle charging points and cycle lanes throughout the land, or be ready to serve in whatever capacity is required of me by the new incumbent of Downing Street.

On a happier note, the melancholic mood that my excursion to the coast had engendered was alleviated when I found that on my return Lady Veronica had thoughtfully left out for me a slice of a recently baked lemon drizzle cake, whilst Catherine, having finished her typing, had stayed up to welcome me with a large glass of a decent 50-year-old Glenfiddich.

I often feel blessed that I am supported by such caring ladies, loyal staff and the thoughts and prayers of your good selves.

Share
Facebook
Twitter
WhatsApp
Email
Previous articleSummer classics: The young Mendelssohn
Next articleWe must slash the cost of governing – but is Sunak the spender up for that?