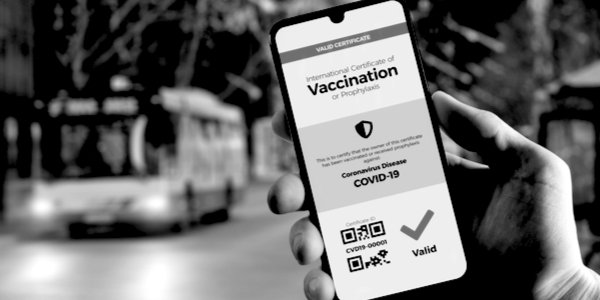 TCW Defending Freedom has seen a copy of a letter sent to his constituents by Our Man in Westminster, Sir Charles ‘Chatty’ Chatterton.

Once more I must apologise for the period of time that has elapsed since my last correspondence.

Fortunately, I have had the pleasure of meeting many of you in the saloon bar of the Drunken Ferret where I have had my ear to the ground (sometimes literally, I am obliged to confess) to keep abreast of your concerns.

I have noted your dissatisfaction at the prospect of so-called Vaccine Passports. This should not be a cause for worry. I have been assured that neither Seth Griddle, landlord at the aforementioned hostelry, nor Viv Dumble at the Blind Shepherd in Over Tittleham, has any intention of complying with that nonsense. Nor is it the intention of Tittleham Academicals or their deadly rivals Tittleham Rovers, both perennial props of the Pot Noodle Southern Counties League Division Five, to inflict any form of medical apartheid on their dwindling but faithful supporters.

I had hoped to give you a detailed report on my Parliamentary fact-finding mission to Costa Rica. It was my intention to inform you about the investment of our overseas aid in a hotel and wellness complex owned by their Finance Minister, the Right Honourable Senor Juan Carlos Quesada. Sadly, the trip was abandoned when the host was arrested by the FBI whilst negotiating a transaction for illicit drugs in Miami.

As you would expect, I have not been idle during the parliamentary recess. In my role at the Transport Department it has been necessary to participate in several tedious meetings about taxpayer subsidies for electric vehicle charging points in such places as Peterborough and Slough. I am sure that those unfortunate enough to live in these locations will need to keep their batteries topped up at all times to facilitate their escape.

I may say I have worked considerably harder than many of my colleagues. It would be churlish of me to name names, but I’m sure you have noticed the evasion of duty by the paddle boarding (whatever that is) frolics of the soon-to-be-demoted Raab, and the alarming sight of the disco-dancing Gove. I understand that Rees-Mogg has spent the entire summer repainting his Crimean War toy soldiers, whilst Nadhim Zahawi has been collecting vampire memorabilia. I have also heard that the Health Secretary, Mr Javid, has been fending off lucrative offers to play the Mekon in a new Dan Dare film, and that my ‘pair’ Deirdre Goth-Jones-Gollip has spent the entire break researching a forthcoming book, From AiA to Zie: The Definitive Guide to Personal Pronouns.

We were asked to troop back to Westminster a couple of weeks ago to pretend to be concerned about the most recent chaos we have bequeathed to Afghanistan. You recall it began with clueless orchestration from Blair and Bush, and ended with the distressing denouement from BoJo and Biden. After two hundred years of failure in that hellhole, one would have thought that we had realised that they were not overkeen on our interventions. If any of these clowns had bothered to read Kipling they would have known the outcome of their folly:

A scrimmage in a Border Station

A canter down some dark defile

Drops to a ten-rupee jezail.

All I can say is good luck to Johnny Chinaman if he thinks he can do any better.

In summary, dear friends, despite the Afghan fiasco, tax rises and widespread incompetence in Whitehall, I urge you not to despair. Whenever my Bentley approaches the pot holes and sink holes on the B7492, I know that very soon I will be welcomed once more into the bosoms of the wonderful people of Tittleham, and that all will be well as I recline in my library with a glass of port and a slice of Lady Veronica’s prize-winning lemon drizzle cake.

Nil desperandum and all that . . .