NewsPaperthe art of publishing
HomeNewsCheck out Tesco’s coldstore, ladies, before you sue for equal pay
62

Check out Tesco’s coldstore, ladies, before you sue for equal pay 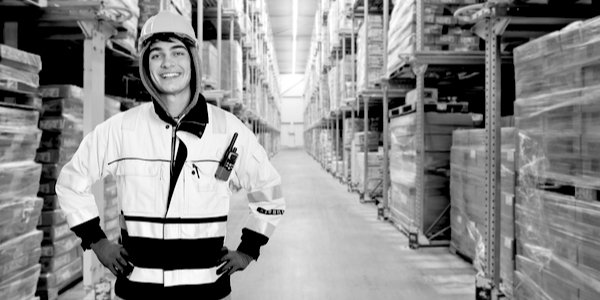 Another case of sex discrimination for Today or Woman’s Hour (BBC Radio 4 programmes that are steadily merging into one): Tesco has been paying men more than women for the same job. Well, not quite: warehouse staff get £3 per hour more than shopfloor staff. Those crafty people at Leigh Day are preparing to represent 200,000 women in the biggest-ever equal-pay case in the UK.

Tesco have responded with the necessary platitudes about how they take equality extremely seriously. They will be looking into this, of course. Well, I suggest as part of their internal inquiry that they arrange a job swap for a month. And let’s see if the argument that a till operator should be paid the same as a stockroom worker still holds.

I write from direct experience. In my youth I took a part-time job with Bejam, the frozen-food retailer. In a mainly working-class area, there was strong demand for products such as ‘economy’ chicken drumsticks, ready-cut chips and large tubs of ice cream. Foodstuffs that I had never seen in my sheltered upbringing. I remember a prophetic comment by a colleague, who jokingly described his ready-meals section as ‘horsemeat’. Sure enough, twenty years later he was proved right.

Anyway, I digress. My job was to manage a section (later, I became overall supervisor), keeping the cabinets full and tidy. Twice a week we had huge deliveries by articulated lorry, comprising about twenty pallets seven feet high with frozen goods. In rain, hail and snow we took in these loads, knowing that this was the easy task. For the next four or five hours we toiled in the Siberian chill of the coldstore, where we shelved the goods as we checked them off, fumbling with the various inventory sheets and trying to write with numb fingers.

In my three years at Bejam I never acclimatised to the coldstore, regulated at -18C. The work was dangerous: one worker had his toes crushed by a lorry’s tail-lift bearing the weight of a full pallet. Bones became brittle in the extreme cold and I heard of a store down south where a chap lost most of his foot to the solid mass of a dropped Christmas turkey. On these frantic days we were expected to tally up the inventories and fill our cabinets before going home. Near Easter or Christmas it was bedlam. We sweated profusely on the shopfloor, having stepped from icy cold into relative heat.

Meanwhile, at the front of the store sat our till girls, busily working through the great trolley hauls of the weekly shop. Very fanciable they were too – many a romance blossomed in the Greenock branch of Bejam PLC. Sometimes a till girl would poke her head into the coldroom to tell us the tomato-and-cheese pizza cabinet was empty, or that a customer wanted to know if we’d got any more 4lb bags of peas. She was only doing her job, but you can imagine the industrial language! I remember thinking at the time that this job was like National Service. It was backbreaking work, yet there was a wonderful esprit de corps, and we had lots of laughs.

One time, we decided to do something different. Each of us full-timers took a turn at working on the till for a day, while one of the female staff went into store-room duties. As a little extra spice, the guys wore a wig and some make-up. Very un-PC by today’s standards, but it was innocent fun, and we derived much amusement from whether customers would see through our drag. I didn’t like the job itself, finding it too easy to make mistakes with the till or counting the change, and I think both parties gained more respect for each other. Perhaps that is needed now at Tesco.

Gender stereotyping is now verboten, but at the time we realised that girls were much better at the tills. They interacted with customers, smiling and commenting on the weather or the cuteness of a baby. Customers would have been immiserated by a taciturn young bloke like me. But similarly, the till girls would have run a mile from our regime of taking in deliveries, spending hours in the coldstore and hurling heavy boxes around all day. They preferred a role in which their people skills shone.

Both parties were poorly paid. I can’t remember if we had the same wagescales, but in a struggling industrial area of devastatingly high unemployment, nobody made much complaint. I’m not suggesting that we deserved more money than the till operators, but I hope that Tesco, and the imminent court case, will take account of the considerable differences between working in cold and danger, and working in the warmth and safety of a seat at the checkout.