NewsPaperthe art of publishing
HomeNewsChernobyl and the sanctity of truth
0

Chernobyl and the sanctity of truth 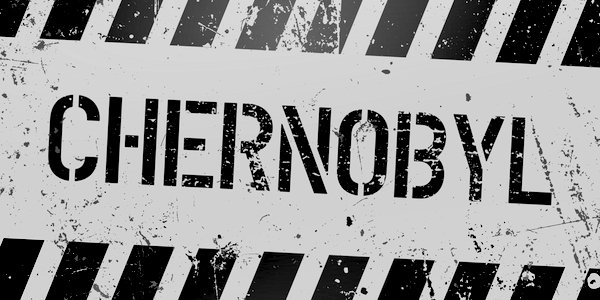 THE Sky drama Chernobyl would be morally powerful enough in normal times. But watching it for the first time on DVD under the present lockdown made it even more so.

The five-part series, broadcast last year, shows how the nuclear disaster at the Chernobyl power plant in 1986 in the former Soviet Ukraine was totalitarian Leninism taken to its logical moral conclusion.

One scene especially illustrated how Leninism as practised in the Soviet Union was a religious faith. It even aped the Christian Trinity. Its equivalent of God the Father was the State; its Christ was Lenin; its Holy Spirit was the security apparatus of the State.

I have no idea whether this happened in real life, but shortly after the nuclear explosion at Chernobyl the drama portrays an old Bolshevik addressing the local Communist committee. He reminds this Marxist-Leninist congregation of Chernobyl’s ‘real name’: the V.I. Lenin Nuclear Power Station.

To tumultuous applause he tells them that Lenin would have been proud of them for sealing off the district and preventing people from leaving the nearby town of Pripyat. He exhorts them to put their faith in the State and its power to stop the spread of ‘disinformation’ about the accident by swarming the area with police.

Jared Harris’s performance as the scientist Valery Legasov, who exposed the official lies of the Soviet bureaucracy about the safety of their nuclear power industry, is magnificent.

In its portrayal of the clean-up operation after the disaster, Chernobyl shows how, despite the venality of the political system they live under, men and women made in the image of God can rise to extraordinary achievements  – the three divers who turned off the water taps in the radioactive plant to prevent another, worse explosion; the miners who worked around the clock to shore up the exploded reactor to prevent radiation from polluting the Dnieper River; the soldiers who manually removed highly radioactive granite from the roof of the plant; the helicopter pilots who flew in the drops of boron and sand to put out the fire from the explosion.

But the main message of Chernobyl is the sanctity of objective truth. This is summed up by Valery Legasov: ‘What is the cost of lies? It’s not that we’ll mistake them for the truth. The real danger is that if we hear enough lies, then we no longer recognise the truth at all. What can we do then? What else is left but to abandon even the hope of truth and content ourselves instead with stories?’

In this respect, Chernobyl shows how Leninism was a faith that relied on lies and bred them whereas Christianity, which Leninism tried unsuccessfully to supplant, is a faith which, when practised properly, cherishes objective truth and pursues it. As the true Messiah said: ‘If ye continue in my word, then are ye my disciples indeed; And ye shall know the truth, and the truth shall make you free’ (John 8v31-32 – Authorised Version).