Chewing the fat with the Wimmin’s Committee 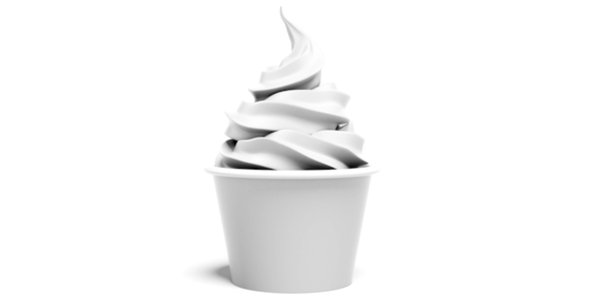 HAVE you ever been offended by frozen yoghurt? No? Clearly you’re not trying hard enough to be offended. US singer and actress Demi Lavato (no, never heard of her either) was most upset with The Bigg Chill, a Los Angeles-based frozen yogurt shop, over the low-fat options being offered to its customers and went on social media to share her pain: ‘Finding it extremely hard to order froyo [frozen yoghurt] from @The BiggChillOfficial when you have to walk past tons of sugar-free cookies/other diet foods before you get to the counter. Do Better Please’.

Lavato received a fair bit of ridicule on social media for this hyperbole but rather than going quietly, she doubled down, condemning a low-fat, low-calorie menu offered by the shop: ‘This screams diet culture and I won’t be gaslit by the media or anyone else that says otherwise.’

If this stupidity were confined to LaLa Land and MailOnline’s sidebar of shame, we could all go about our lives in the hope that ignoring it would starve it (see what I did there?) of further attention. However, such dangerous nonsense has inveigled its way into political institutions which should know better. A recent example of this was a report published in March by the House of Commons Women and Equalities Committee, ‘Changing the perfect picture: an inquiry into body image’.

The committee seem to have used the notion of ‘body appearance discrimination’ to stick their noses into a subject that one would  expect the Health Committee to look at. But the real foolishness of the report comes with stinging criticism of the Body Mass Index calculation as a means of assessing healthy weight: ‘The use of BMI inspires weight stigma, contributes to eating disorders, and disrupts people’s body image and mental health. Public Health England should stop using BMI as a measure of individual health, and instead focus on a “Health at Every Size” approach.’

The report criticises the National Child Measurement Programme, a scheme under which every child is weighed in reception class (age 4-5) and Year 6 (10-11) to assess obesity. Weight results are sent only to the parents, who have the right to withdraw their child from the programme. But for the Women and Equalities Committee weighing children in primary schools ‘is likely to cause harm to children’s mental health and could hinder the development of a positive body image’.

More disturbing is the claim about ‘Health at Every Size’. This bogus nonsense arises out of ‘fat activism’, a branch of the woke religion that sees criticism of obesity as a form of hatred and discrimination. And yes, fatphobia is a thing, especially in Hollywood. ‘Health at Every Size’ is promoted by the Association for Size Diversity and Health, a US non-profit organisation that owns the phrase as a registered trademark. Proponents believe that health is a result of behaviours which are independent of body weight and that favouring being thin discriminates against the overweight and the obese.

The notion that one can be fat but healthy has been exposed by too many serious studies to need dwelling on. Covid has demonstrated this link again. Japan, a country with a large elderly population (about 29 per cent over 65 years old compared with about 12.5 per cent in the UK), and thus potentially more vulnerable to Covid than most, has had 24 times fewer deaths per capita from/with Covid than the UK. There’ll be many reasons for this but one will surely be that only 4 per cent of Japanese are classed as obese whereas in the UK it’s nearly 30 per cent. Whether obesity directly increases the risk of death from Covid, or increases the risk of comorbidities (eg diabetes, heart disease, high blood pressure) which greatly multiply the impact of Covid infection is not certain, but the link is clear. One study found that for people with a BMI of 35 to 40 (obese), risk of death from Covid-19 increases by 40 per cent and with a BMI over 40 (morbidly obese) by 90 per cent compared with those not living with obesity.

BMI (which you can calculate online, for example here) is a rough guide to obesity and is misleading in some circumstances; athletes tend to have a high BMI as they carry much more muscle than average. But coupled with the waist to height ratio (waist circumference should not be more than half your height), it’s a good indicator of weight problems.

Like many who’ve made up their mind before looking at the evidence, the Women and Equalities Committee conducted a poll which found that 61 per cent of adults feel negative or very negative about their body image most of the time. As 63 per cent of UK adults are classed as overweight or obese that isn’t a surprising finding. And feeling negative about an aspect of one’s life may not be a bad thing: those negative emotions may be the spur to take action, including losing weight. But for Caroline Nokes, chair of the Women and Equalities Committee, such a suggestion would be outrageous: ‘The use of BMI as a measure of healthy weight has become a kind of proxy or justification for weight shaming. This has to stop.’

Where does such idiocy come from? The Women and Equalities Committee seem to have been captured on this issue by a number of interest groups, who presented evidence to them:

·       AnyBody, the UK branch of Endangered Bodies, which aims to challenge the limited representations of bodies in contemporary society. Anybody is concerned that the governmental weight initiatives are ‘problematic because they do not account for the complex nature of food’.

·       The Centre for Appearance Research at the University of the West of England (‘the world’s largest research group focusing on the role of appearance and body image in people’s lives’),told the committee that anti-obesity language and campaigning ‘are stigmatising and weight-focused public health initiatives risk perpetuating weight stigma, disordered eating, and health inequalities, by focusing on weight as a metric for health’.

·       Beat, an eating disorder charity, took aim at the National Child Measurement Programme, claiming it can lead to poor body image/body dissatisfaction and pose significant risks to children who may be vulnerable to developing an eating disorder.

Organisations who were not asked to give evidence include the National Obesity Forum, a group of health professionals and specialists who campaign to raise the risk that obesity poses to health. Whether some of the Forum’s hobby horses (such as listing calorie information on food in cafes and restaurants) would make any difference is debatable, but one would expect a parliamentary committee to hear a range of opinions before arriving at any conclusions.

The report typifies what can go wrong when political correctness drives discussion of an issue: the preference for emotion over facts and logics; undue prominence given to special interest groups with an agenda; the pursuit of policies which will actually harm those whom the self-righteous claim to be defending, and the joylessness produced by the scolding of anyone who dares to question the woke narrative for fear hurting someone’s feelings. It’s hard to resist the temptation to make some weight joke as a rebuke to the PC puritans wagging the finger at us. But I’m not going to do that – it would just be Bad Manners.