NewsPaperthe art of publishing
HomeCOVID-19Chop suey . . . and a side order of fatal virus
0

Chop suey . . . and a side order of fatal virus 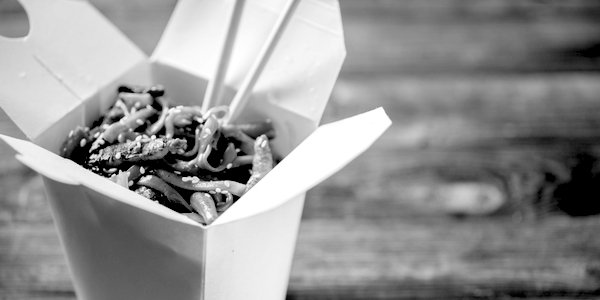 I HAVE to relate a disturbing idea to you. With the proliferation of nuclear weapons to less stable states in the Third World, it is only a matter of time before at least one will be used, probably by a local military commander on the basis of pre-existing instructions. It is probable the device will be detonated in the middle of a heated conflict to destroy an invading land force. It is also possible that the device will be used in international waters. This nearly happened in 1962, when the commanders of Soviet submarines deployed near Cuba were permitted to fire their nuclear-tipped torpedo without recourse to a higher authority in certain circumstances. Those circumstances happened to one submarine during the Missile Crisis, and it was only because the submarine’s captain did not get the unanimous support of his senior officers (there was one holdout) that the torpedo was not used against American ships.

Once one side in a future conflict has released a nuclear weapon, the opponent is more likely to do so as well. If the weapons are of small yield, the tit-for-tat may proceed for a disturbing length of time. The major powers will be obliged to intervene, even if one of the belligerents is a client state of one of them, because if another power intervenes to stop the local Armageddon, a regional war will escalate. This is not without precedent. The Austro-Serbian War escalated into World War I even before the Austrians had fully mobilised.

After the fallout has settled, there would have to be a peace conference. A line would have been crossed in human affairs, and it is probable that the failure of the United Nations to contain the fighting will result in an increased assertion of the powers of the Security Council to interfere in the sovereignty of lesser states to regulate the size and composition of armed forces and also to impose compulsory and binding arbitration. The disaster of a regional nuclear war would bring World Government one step closer.

While the above scenario may sound idealistic in the face of horror, it would seem to be the median outcome of the first use of nuclear weapons in wartime for approaching a century. However, there are other disasters which invite discussion and coordinated change.

One example is the global pandemic that we are experiencing. Unlike World War II, it is possible to see the end of this from the beginning, and the issue is not whether or not humanity will get over this crisis, but what steps should be taken to minimise casualties. There are quarantines and the prospect of a vaccine, while the natural defences of the human body will provide immunity after a period of inconvenience for most people. So all the measures that are being taken are to save lives.

But after this pandemic runs its course there has to be a reckoning of some kind. Already there is mounting criticism of the People’s Republic of China, or Country Zero as it should be called. There are credible reports that when the outbreak was discovered, instead of a rapid medical response local officials buried the news, much in the same way that the Soviets were in denial in the critical hours and days after the reactor exploded at Chernobyl in 1986.

There is also the issue that the virus jumped the species gap from bats, which are known to carry numerous pathogens, because bats are a form of delicacy on some Chinese tables. While China projects an image of a high-tech industrial powerhouse externally and its leadership projects an image of unassailable absolute power to its subjects, this invincible controlling edifice does not appear to extend to managing the basics of food hygiene: a random example might be not eating certain virus-laden animals. If a Chinese citizen expresses the wrong ideas he will be swept off to a re-education camp or worse before he can say ‘Little Red Book’, but if he is selling the germ-ridden corpses of bats to the general public, that seems to be quite all right to the comrades. Perhaps after all the mass deaths of the Mao years, the survivors have acquired an attitude to human mortality such that they do not strongly object to having a fatal disease as a side order to their main meal.

Joking aside, there would seem to be the need for a medical version of a peace conference or the establishment of a United Nations to devise global standards of the reporting of and response to pandemics, if even one of the world’s most powerful and authoritarian countries can be so clumsy as to let one loose on the human race every couple of decades. China seems to have prior form on letting these nasty bugs slip out and their state news organisations appear to be indulging in a spot of disinformation rather than providing the obligatory mea culpa and some form of atonement.

The human race will emerge from this crisis, some countries better than others. But there has to be a more co-ordinated way to contain future pandemics, as there is to contain war; also, people of China, for pity’s sake stop eating bats.