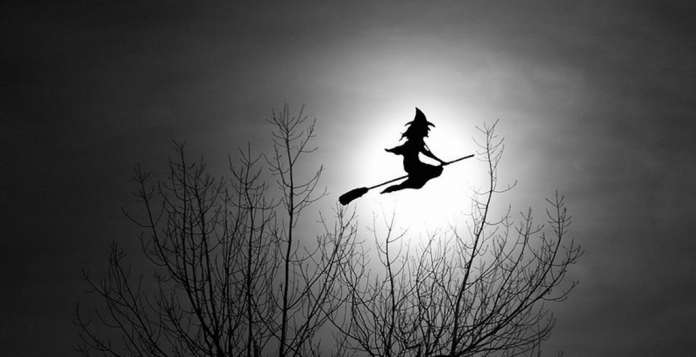 ‘Trick’ or ‘treat’? I can report a ‘trick’, certainly, for our hapless education ministers but I have news of a big ‘treat’ for history teachers!

It is time to light the celebratory pumpkins in the classroom. Just guess what is top of the pops when it comes to new topics for the toughened up A-Level History exam? It has only recently been reported, in the winter 2016 edition of Cambridge University’s “Research Matters”: “Research by Cambridge Assessment today reveals that one in three UK schools is going beyond ‘Hitler and the Henrys’ and is teaching at least one new topic offered in the new OCR A Level History – with Popular Culture and the Witch craze of the 16th and 17th Centuries at the top of the list.”

Great news, then, for Harry Potter fans but, also, and more worryingly, perhaps, for pupils interested in the occult or in devil worship.

Expect a revival of interest in Hammer Horror’s, Witchfinder General, starring that master of horror, Vincent Price. Its fictional depiction of a real 17th century witchfinder, Matthew Hopkins, has acquired cult status for its presentation of violence, torture and general sadism. Hopkins is specified for study on the OCR version of the A-Level witch craze syllabus.

Given the enormous popularity of Jack the Ripper as a teaching topic for 11-14 year olds under the new ‘free-for-all’ History National Curriculum, the growing popularity of the witch craze for A-Level can be seen as logical development. Teaching about witches in history lessons, however, is not new. It has been creeping into school history teaching for a while and was even available within an earlier A-Level syllabus. What is new, is its current ascendancy and the likely reasons for it.

The witchcraft topic does, after all, fit well with current notions of what constitutes ‘best practice’ in the classroom and what is most likely to impress Ofsted inspectors. The exam board makes this clear in its latest report: “It’s perhaps not surprising that this topic is so popular – it’s exciting, real bums-on-seats stuff, with some fascinating and at times gruesome stories… It allows students to explore so many different approaches: gender, cultural, political and intellectual…including considering the interaction between elites and ordinary people.”

The report notes that Professor Alison Rowlands from Essex University, an expert on the history of witchcraft and witch-persecution, is “thrilled, but not surprised” that the witch craze is so popular at A-Level. She adds that it “enables students to look at the wider historical themes of gender, legal change, and religious tension… More broadly I would hope it also encourages students to think more critically about issues which still have relevance today, such as why and with what consequences some people are scapegoated by others, and what constitutes a ‘fair’ trial.”

Study of the 16th and 17th century witch craze may tick the boxes of today’s PC agenda in education as the exam board and Professor Rowlands suggest, but it does so by sacrificing the integrity of history as an A-Level subject. The witch craze topic has historical importance but an understanding of it requires a great deal of underlying knowledge, especially of the political and religious background of the period that the new A-Level syllabus does not require.

As an academic subject, history should not be a vehicle for promoting notions of political correctness or of any other agendas. A model question in a textbook to go with the new witch craze course is indicative of the direction of travel:‘Witchcraft, a crime supposedly committed by women, was essentially a crime against women.’ How far do you agree with this view in the period from 1560 to 1660? (“The Witchcraze of the 16th and 17th Centuries” – Alan Farmer. Access to history – Hodder Education pub 2016)

This latest ‘trick’ from the Blob should certainly spook the former education secretary, Michael Gove. Back in 2010 he told the Conservative Party conference that the “current approach we have to history denies children the opportunity to hear our island story. This trashing of our past has to stop”.

I doubt that he envisaged a surge of interest in teaching about witchcraft or, indeed, of Jack the Ripper, as the way forward.