NewsPaperthe art of publishing
HomeNewsChris McGovern: Banning homework would mean ignorance for all
15

Chris McGovern: Banning homework would mean ignorance for all 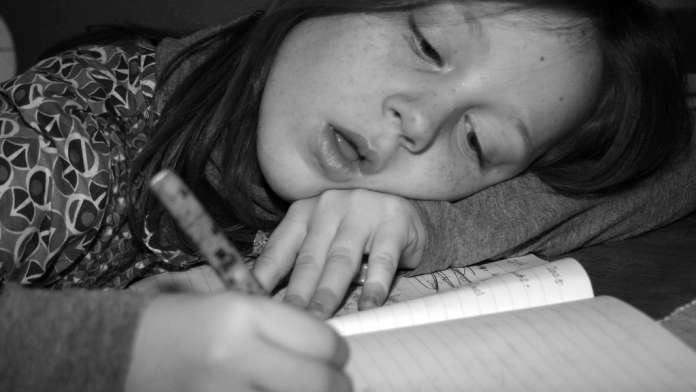 Rather like Mary Berry and Alan Bennett, children’s author and former Children’s Laureate, Michael Rosen, has become something of a ‘national treasure’. This bestows on him an element of immunity to criticism. And why would anyone wish to question the insight and wisdom that emanates from the author of “Fluff the Farting Fish”, “What is Humanism? How do you live without a god? And other big questions for kids” and the forthcoming “Who are Refugees and Migrants?”

From a grammar school, Oxbridge and BBC background he is the most influential of commentators on childhood and schooling, writing a regular column for The Guardian. Spades of credentials attach to his name. They won him a place on Desert Island Discs as long ago as 2006. The following year the National Union of Teachers awarded him the Fred and Anne Jarvis Award in recognition of his “campaigning for education”.

They do not come much more ‘authentic’ than Michael when it comes to forwarding the wellbeing of humanity. Why, he even backed Jeremy Corbyn’s campaign for leadership of the Labour Party in 2015, contributing to a volume entitled Poets for Corbyn. And his Jewish roots did not stop him from signing a letter that attacked The Jewish Chronicle for how it reported Corbyn’s links to alleged anti-Semites.

All in all, Michael Rosen is a ‘right on’ sort of guy whose views the educational establishment, the Blob, and indeed many Guardian readers, treat with great reverence.

His latest Guardian offering comes in the form of a letter to the Education Secretary, Justine Greening. He laments the role parents are playing in supporting children with their homework because it gives some kids an advantage – those who have supportive parents and who can actually cope with the task set. “Dear Justine Greening,”he opines, “homework widens the gap between rich and poor children”.

This really will not do, according to Rosen. There is too much homework being set and it is too difficult for some parents. Of course, he has a point. As a head teacher I used to give the assembled gathering of new parents a tongue-in–cheek explanation of how the school saw homework as a team effort between teacher-parent-pupil: “We set it, you do it and the children carry it back.” I think that most parents got the point that the pupil’s role should be more than ferrying back to school homework completed by mum or dad.

In another role, I worked with children from homes where parents are themselves products of an education system that left them illiterate and innumerate. This is the real heart of the issue and one that Rosen ignores.

He has identified a problem that does, indeed, contribute to a widening gap between children. He sees it, though, only in terms of “rich and poor kids”. His message is that if we got rid of homework things would be so much fairer. In effect, ignorance for all would means equality of outcome.

Rosen does not seem to realise that there are plenty of ‘poor little rich kids’ whose parents deny their offspring the one thing they most need, which is time, including homework time, with mum and dad. “Some people are so poor, all they have is money,” was a message I came across on a recent visit to India.  It is a definition of poverty that is well beyond the ken of Michael Rosen.

There are plenty of children in low-income families where parents are educated enough and desirous enough to give their children both love and lots of support with homework. This is true, not least, of immigrant families, often living in deprived circumstances, but whose children are doing so well at school because of parental support and involvement. It explains the relative success of high-immigrant London schools compared to other parts of England.

True, Britain’s white working class is falling further behind but the remedy for this surely lies, partly, in a campaign of adult education. Too many white working class parents today are illiterate or only semi-literate and, as consequence, incapable of helping their children. The damage already done by our education system will not be rectified by Michael Rosen leading us in the direction of dumbing down for all.