Chris McGovern: Blackadder goes forth. And our schools go backwards 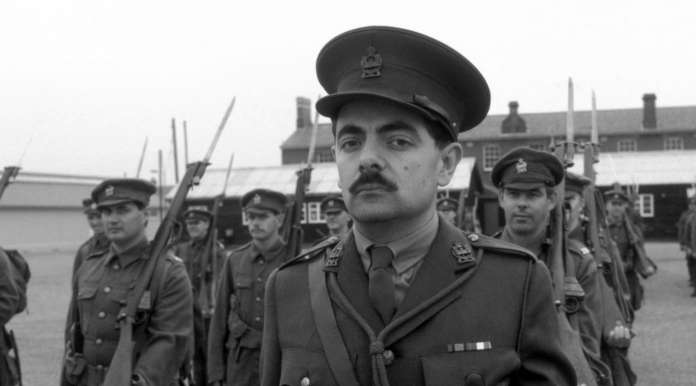 In its latest burst of self-congratulation, the Department for Education has told The Sunday Times that: “England’s schools have been transformed in recent years with 800,000 more pupils now being taught in good or outstanding schools since 2010.” Another page of the same newspaper offers an insight into what exactly the Department and the educational establishment, the Blob, mean by its ‘self-assessment’ of ever-improving standards and ever-improving schools.

As part of new and more rigorous A-Levels, sixth formers will be able to study the World War 1 TV comedy series, “Blackadder Goes Forth”. This is now regarded as appropriate for a syllabus for the ‘advanced level’ study of English. Given that time and space on that syllabus is limited, other texts will have to be excluded. Blackadder can only gain entry if something else is omitted.

I wonder if this was what the former Education Secretary, Michael Gove, had in mind when he promised us more academic rigour in the public examination system. Shortly after Russell Brand and rapper Dizzee Rascall appeared on a draft A-Level syllabus for English earlier this year, a source close to Gove at the Dfe ridiculed the proposal and claimed that the examination board concerned “must be having a laugh if they think A-Levels in Dizzee Rascall and Russell Brand are going to be let through.”

The laugh is now on Gove. Not only has he been unceremoniously dumped out of office by the Prime Minister, but under his watch, whilst he was still in charge at the Dfe, the Brand-Rascall syllabus was approved by the exam watchdog, Ofqual.

To rub salt into the wounds of Gove’s defeat by the Blob the approved syllabus for this ‘advanced’  study of English, also includes Twitter feeds from the journalist Caitlin Moran, speeches by transvestite potter Grayson Perry, a charity advert from the NSPCC, an episode from CBBC TV “Horrible Histories” series, Jamie Oliver’s cookery show and newspaper columns from “The Secret Footballer”.

Of course, there is nothing intrinsically wrong with any of these examples of English. I write as a fan of “The Secret Footballer” and an admirer of Grayson Perry’s work. However, once we make such material part of ‘advanced’ study, something else, something richer and  more demanding has to be excluded. In plain English, this is called ‘dumbing down’ – big time!

To discover that Blackadder is now, also, to be included represents, in terms of academic rigour, a further step down, even from Dizzee Rascall and “The Secret Footballer”. Ironically, Michael Gove criticised the use of Blackadder as a vehicle for promoting left-wing propaganda in school history lessons on the Great War. He lost that battle to the Blob and ended up agreeing a new National Curriculum for History that made any teaching at all about World War I entirely optional. In contrast, the history of Benin (west Africa), Baghdad, and the Mayas were placed on a compulsory list.

According to The Sunday Times, in his annual report next week, Sir Michael Wilshaw, the Chief Inspector, will admit that England’s schools are in danger of falling further behind, internationally. Given that they are, already, up to three years adrift of the best education systems in the world, politicians need to take notice of his warning.

Just how bad do things have to get before the triumphant march of the Blob is halted? Rather than spending time in announcing her admiration for Henry VIII, as she did a few days ago, our hapless and ineffectual Education Secretary Nicky Morgan needs to get ‘streetwise’ and face up to the realities of the problems that are confronting her.

Share
Facebook
Twitter
WhatsApp
Email
Previous articleNick Wood: Cuts won’t take us to Wigan Pier but they will save us from bankruptcy
Next articleReader’s Comment of the Day: We don’t need any more of the Wonga politicians