NewsPaperthe art of publishing
HomeNewsChris McGovern: Bottom up reform of schools has been tried and failed....
1

Chris McGovern: Bottom up reform of schools has been tried and failed. Alpha males are our only hope 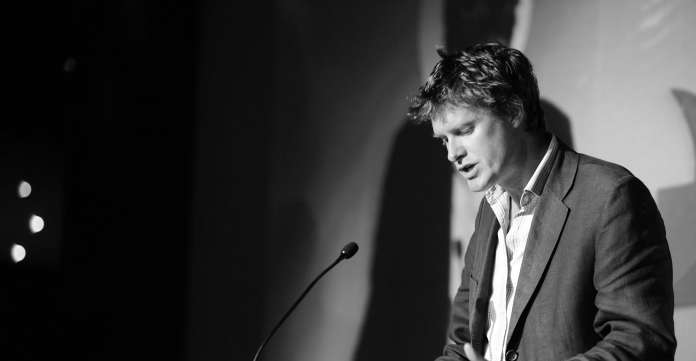 The shadow Education Secretary Tristram Hunt has promised to end what he describes as the “alpha male” reform culture in education. He has been telling the Association of School and College Leaders that the “cult of the big reformer is over”. He wishes to see reform coming from below rather than being imposed on schools from above. Under a Labour administration, change will come “through giving teachers and school leaders the freedom and autonomy to deliver an exciting education”.

His message is seductive and appealing; most of all to the ‘Blob’, the educational establishment, whose appetite for ever-greater power and influence is insatiable.

Unfortunately, Mr Hunt seems to be unaware that the reason for the ‘top down’ approach to school reform is precisely because, by the late 1980s, the alternative ‘bottom up’ approach was failing. Left largely to its own devices, the teaching profession and its ‘entourage’ was leading our education system and our children along the road to ruin. As a pupil at a prestigious private school in Hampstead, schoolboy Tristram was, to some extent, sheltered from the onslaught of fashionable, teacher-driven pedagogy that has been leaving behind it a wake of illiteracy, innumeracy and ignorance ever since.

However limited its success may have been until now, ‘top down’ reform provides the only real hope of arresting the tide of decline. Too often, the process of Government -led reform has been hijacked from ‘below’ by the Blob. I recall Mrs Thatcher being amazed to see that the main proponent of everything she loathed about trendy, knowledge-free history teaching had been chosen to write the original national curriculum for the subject. She managed to veto his appointment but, eventually, in that subject and in all others, she lost out to the educational establishment – the ‘fashionistas’ of reform. Michael Gove’s recent revision of the history national curriculum has suffered the same fate, but he has managed to restore a little more rigour in other subject areas through a ‘top-down’ approach, difficult as it has been and, probably, at the cost of his job.

If his success was patchy, imagine where we would have been with Mr Hunt’s strategy of ‘bottom up’ reform. In primary schools, phonics for teaching reading would have been discarded, learning times tables would have been ditched and any external measure of attainment rejected. The ‘pass rate’ at GCSE and A-Level would, have reached 100 per cent and ‘failure’ would have been abolished. Since even Gove could not keep such literary giants as Russell Brand, Dizzee Rascall, “the Secret Footballer” and Blackadder off the A-Level English syllabus, it is difficult to imagine to what depths that subject, and others, would have plunged under ‘bottom up’ control.

The problem with “alpha male” led reform in education has not been, as Tristram Hunt would have us believe, that we have had too much of it. The problem is that too many of these so-called “alpha males’ running education have been weak, shallow and spineless. A real “alpha male” would have provided the leadership to regenerate our “alpha female” dominated education system years ago!