NewsPaperthe art of publishing
HomeNewsChris McGovern: Children should start school later like the rest of the...
3

Chris McGovern: Children should start school later like the rest of the world 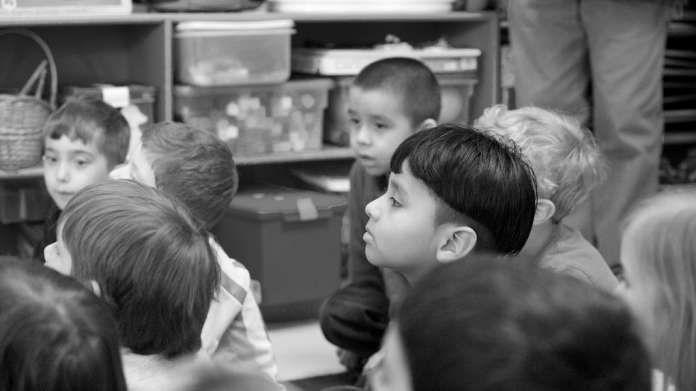 What do Barack Obama, George Soros and Roger Federer have in common with Mother Teresa, Madonna and Coco Chanel? Answer – they all have August birthdays. Clearly, being born in late summer does not close the door to achievement. It may, however, make the pathway to success a little steeper if the school year following that August birthday begins in September.

According to a recent DfE review, August-born children outnumber September-born children by three to two in terms of being classified as having ‘special educational needs’ (SEN). If we have what the Government describes as “the best generation of teachers ever”, it is alarming that they are so prone to confusing maturity with ability. The review shows that too few schools are capable of recognising the extent to which attainment, especially at a younger age, is related to date of birth. This all too common blind spot in teacher evaluation of pupils is inexcusable and damaging to summer-born pupils.

Children born in the summer term (April 1st to August 31st) will, at best, have behind then only one term in reception. Some parents, especially of July/August birthday children, decide against sending them to school, at all, until they have turned five. Consequently, they miss out on reception, altogether. Small wonder, then, that many are behind when they start Year 1.

To his credit, Nick Gibb, the schools minister, was aware of the issue and it was he who ordered the review. None of the findings should come as a surprise. Back in 2008, Malcolm Gladwell’s best seller, The Outliers, spelt out the problem’s global dimension and not just in terms of academic achievement. He pointed out that in the sporting world, for example, the most talented youngsters are creamed off by clubs at an early age, as young as nine or ten. Those falling on the wrong side of the ‘cut-off’ month, and who are almost twelve months younger than those who fall on the right side, invariably ‘miss out’. They ‘miss out’ most of all on the specialist coaching and the extra practice that goes with being in the ‘advanced’ group for sport. One example, from Canada, provided by Gladwell is starkly illustrative. In ANY elite group of hockey players across the country 40 per cent were born in the three months after the ‘cut-off’ date but only 10 per cent in the three months before. It is a pattern he sees repeated around the globe, as much in the field of schooling as in sport.

It is a problem that has been bedevilling our primary schools forever. True, the disproportionate number of summer-born children classified as SEN diminishes in secondary school but, even by the age of 16, it remains significant at a ratio of 6:5 (Aug:Sept birthday).

What is to be done? As usual, if there is a way of ‘getting it wrong’, the DfE will find it. The ‘plan’ is to allow summer-term children the option of starting reception a year late. The flexibilty to do this already exists in some local authorities. The consequence of this change, of course, will be to make March the new August and the Spring term the new Summer Term. In fact, it will makes matters worse because the current 12-month range of ages in a class will be increased to 17 months.

A better solution would be bring the UK in line with most of the rest of the world, including the Asia-Pacific superstar education systems, and to delay formal schooling for a year or two. This would enhance the role of parents and, indeed their responsibilities. It would, also, enhance the importance of pre-school learning.

The summer-term birthday issue should be addressed by providing extra support within the classroom for those younger children who would, in any case, be more mature if they started formal schooling at age 6 or 7. In other words, what most helps summer-term children is what helps all children of whatever age – good teaching in line with their ability. The prospects are a lot better for an August birthday child taught by a good teacher than for a September birthday child taught by a mediocre or poor teacher. Ultimately, the quality of teaching matters more than the date of birth.

Share
Facebook
Twitter
WhatsApp
Email
Previous articleTCW Week in Review
Next articleKathy Gyngell: Tim Farron has one thing in common with Obama. He is soft on drugs