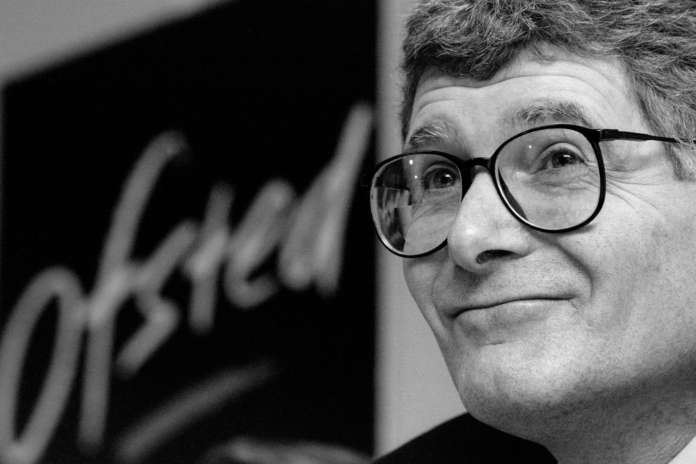 Telling the truth about our education system can be a painful experience. The amount of venom it generates is in direct proportion to extent of the truth told. This was well understood by former Ofsted chief, Sir Chris Woodhead, whose death this week has been widely reported.

We should be grateful, indeed, that he was prepared to take the flak that went with ‘telling it how it really is’. Not even Michael Gove provoked such hostility from the educational establishment, the ‘Blob’. Woodhead’s attack on under-achievement, wasted talent and deceitful manipulation of results was always more potent because he was coming from ‘within’ the profession. Unlike Gove, Chris Woodhead knew what it was like to be on the ‘front line’ in the classroom.

The crop of recent obituaries have praised his courage in confronting motor neurone disease rather more than the courage needed to launch an assault on the big battalions of self-interest and self-congratulation that determine the education of our children. This, some have described, as “controversial”, as if launching a rescue bid for pupils drowning in a sea of mediocrity is a matter for debate.

During his early years as a teacher in the 1970s Woodhead was as much an acolyte of trendy ‘progressive’ teaching as other entrants to the profession, including myself. Failure to embrace new ideas about ‘child centred’ learning meant that the access door to teaching would be closed to you. Besides, in those heady days of experimentation and innovation, the changes in teaching methodology all seemed so exciting. How wrong we were!

This became obvious to me as plans were put in place to dump the GCE 0-Level and the CSE exams, and replace them with the single all-ability GCSE exam. The disastrous dilution of standards consequent upon the change is, now, fairly obvious. At the time of transition, however, the voices of protest from myself and a colleague at Lewes Priory Comprehensive School in East Sussex were very much voices in the wilderness.

Accused of “insubordination and mutiny” by the school’s governing body, we both lost our jobs. Remarkably, within the educational establishment, only Chris Woodhead offered support. Freedom of speech may have been brutally stifled but the ‘great and the good’ of the education world, including some very prominent commentators who are leading head teachers today, said nothing and turned the other way. These days they sit happily on the bandwagon that criticises educational standards because it has become so obvious, so easy and so much more legitimate. When it was dangerous to do so, they kept quiet.

In contrast, Woodhead, as chief executive of the National Curriculum Council and, then, of the Curriculum and Assessment Authority, had the courage to appoint us to influential committees. We may been lone voices, an “aberration” according to one examination board chief, but Chris Woodhead had come to understand that we were right and that we needed to be supported.

Subsequently, a lot of water was to flow under the educational bridge. As chief inspector of schools, Woodhead became something of a ‘hate figure’ to the ‘Blob’. His claim that 15,000 teachers were incompetent and should be sacked caused uproar within the profession. In this matter, of course he under-stated his case. It takes a lot more than 15,000 incompetents to reduce standards to the level of being three years behind the best education systems around the world.

Chris Woodhead was as honest as he was courageous. He was head and shoulders above the current brigade of educational commentators and policy-makers and he will be sorely missed.

Share
Facebook
Twitter
WhatsApp
Email
Previous articleNick Booth: We wanted Europe a la carte but we got the rip-off tourist menu
Next articleLouise Kirk: Women cannot ‘have it all’ without damaging their families and homes