NewsPaperthe art of publishing
HomeNewsChris McGovern: Dunkirk movie will come as a shock to many youngsters
62

Chris McGovern: Dunkirk movie will come as a shock to many youngsters 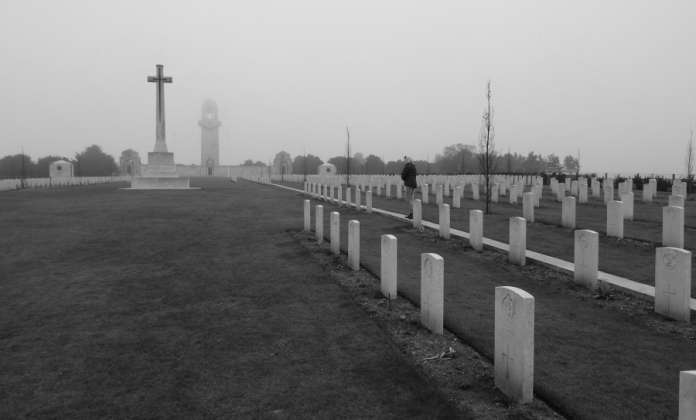 Times columnist, David Aaronovitch, is suffering from “shock”. He has told readers that, after watching the new cinema blockbuster, Dunkirk, he discovered that neither of his two older daughters, “both graduates and historically literate knew what Dunkirk was.” He should be shocked. A nation that allows its history to be forgotten or erased ceases to be a nation.

It is schools that we should be able to rely on to prevent this from happening. A key responsibility they have, surely, is to pass on to the next generation knowledge and understanding of their own country’s national identity. Dunkirk 1940 should be high on any national identity list for the UK. Instead, it seems to have been largely forgotten in the classroom and does not even get a mention on the new National Curriculum for History. Indeed, teaching children anything about World War II and Churchill is relegated to purely optional status under the heading “Examples (non-statutory)”, as something teachers are advised they “could include” in their lessons.

To be fair to the Coalition Government that produced this statutory document, it was not its intention to discriminate against Dunkirk or, indeed, any part of World War II. A host of other defining events and personalities from British history, including World War I, are given exactly the same optional status. They do not have to be taught.

Extraordinarily, this “non-statutory” ranking provides World War II with a higher status than some other defining landmarks of our history such as the Napoleonic Wars. These have been left out altogether. They are not even mentioned. Nelson and Wellington, Trafalgar and Waterloo are as absent as Dunkirk and the Battle of Britain.

Wishful thinking! Some years ago the DfE sent a 40 minute video on World War II to every school in the country to commemorate the anniversary of VE Day. Churchill’s role in the war was reduced to a few seconds of coverage, largely concerned with his losing the 1945 general election. The gender perspective was taken more seriously, however, with pupils being informed that the war was “sexist”. And, currently, model lessons published on the Times Educational Supplement Resources website show that Jack the Ripper is a great deal more popular than the likes of Nelson and Wellington or Gladstone and Disraeli when it comes to the 19th century.

With regard to British history but, significantly, not to Islamic or African history, the new National Curriculum is an anarchic Sex Pistols free-for-all – anything goes, especially if it denigrates the British ruling class and, above all, the Empire.

As for teaching about Dunkirk, you must be joking! Since the hidden agenda of much history teaching is, too often, to dilute or to denigrate any sense of national self-worth, the heroic bits featuring white males are at best played down and at worst expunged.

As it turns out, David Aaronovitch’s shock about his daughters’ ignorance of Dunkirk was somewhat mitigated by his view that the ‘miracle’ has become too embroidered with a “Dad’s Army” Britain-alone mythology to be helpful to contemporary Britain as it faces Brexit. He points out that because of the Empire “we were never alone” and that, for example, “190,000 Indian had died, were wounded or were captured in the service of the British Empire” during the war and its immediate aftermath.

He implies that we are too embarrassed to remember the Empire and asks, “…how do you explain a small group of white people ruling over a very large number of black and brown ones?” For an answer, Mr Aaronvitch needs to sit in on a few school history lessons. He would learn that for sheer human wickedness, nothing much trumps the British Empire.

What he will not find addressed, however, is the question of exactly why two and a half million Indians volunteered to fight for the British alongside many others from across the Empire and the Dominions.

Anyone who thinks remembering Dunkirk is some sort of right wing fetish should shell out £2.50 on a copy of the July 17th-23rd Big Issue magazine. Its front page is plastered with a Dunkirk picture and the words – “Dunkirk Spirit. The everyday heroes who changed the world.” I bought mine from a young man of Indian origin in Newcastle-upon-Tyne.

Dunkirk was self-evidently a miracle of salvation and a foundation on which could be built the resistance that led to the eventual defeat of Nazism. It should never be forgotten in Britain or around the world and, not least, in our own nation’s classrooms.