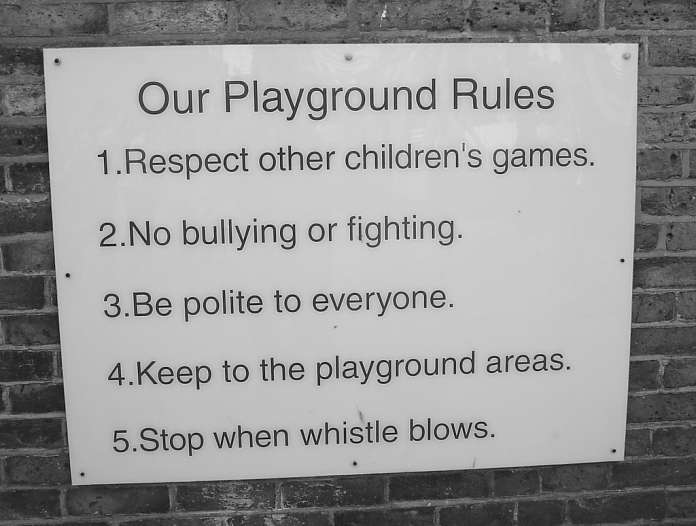 “Creating a Culture: How school leaders can optimise behaviour“, is the title of a new report by the Government’s ‘behaviour’ tsar, Tom Bennett. He was asked to answer this question: “Is there a national problem with behaviour?” And, would you believe it, this is his answer – “The evidence suggests there is.”

Who would have thought that? Marvellous, what these educational investigations come up with!

Although Ofsted now rates nearly 9 out of ten schools as “good” or “outstanding” it seems that the little blighters are, nevertheless, playing havoc in many classrooms. Teachers may be leaving in droves but too many schools are covering up the extent of the problem in order to keep on the right side of Ofsted inspectors. In particular, schools are failing to exclude classroom trouble-makers since data about pupil exclusions have to be passed on to Ofsted at inspection time. Schools that resort to excluding pupils are likely to receive a black mark for how they manage pupil behaviour and, so, it is ‘goodbye’ to that coveted rating of  “outstanding”.

On reflection, I suppose that the choice of Mr Bennett to lead the investigation was an indication that not even the DfE has been completely taken in by the judgements of Ofsted. After all, Mr Bennett is a former Soho nightclub bouncer. He may have been the person best qualified to do the job but he was not the obvious choice if so many of our schools really are so good. All credit to him for coming up with a conclusion that matches reality. Here it is – “Standards of behaviour remain a significant challenge for many schools.”

Anyone who watched the BBC series on the Chinese teachers who were parachuted into a comprehensive school in southern England will be heartened by Bennett’s honesty. The school concerned was voted the best ‘comp’ in the land by The Times Educational Supplement. The Chinese teachers did succeed in raising levels of learning in the enlarged class of children they taught. They were, however, appalled and horrified by the standard of pupil behaviour with which they had to deal.

Three cheers, then, Mr Bennett, for identifying an important symptom of our educational under-performance, even if it should have been self-evident. Only one cheer, though, for the remedies you are proposing. Requiring head teachers to demonstrate knowledge of how to create a good behaviour culture is rather too little, too late. What on earth is going on in our schools if this is not already the case?

One might conclude the same regarding your suggestion that schools are given greater guidance in handling challenging pupils. Your call for a national standardised method for collecting data on pupil behaviour is sensible but not, in itself, going to solve the problem. Your final suggestion that schools need more internal inclusion units is, equally, sensible but amounts to ‘fire fighting’ rather than to solving the fundamental problem.

What, therefore, should we be doing? Firstly, we need to recognise that a major cause of poor behaviour is poor teaching and inadequate pupil learning. This is unlikely to change while a failed ‘child centered’ ideology has the status of ‘holy writ’ in schools and in teacher training. Whole-class teaching not only allows the teacher to see all the pupils all of the time, it is much more effective as a methodology and much less stressful for the teachers. In addition, it allows for slightly larger classes. This would solve teacher shortages and free up more of the budget in order to give good teachers a pay rise and to attract the best graduates into the profession.

Secondly, we need schools to stop feeding the addiction of pupils to digital technology. This addiction reduces ‘attention span’ with the consequence that children suffer ‘withdrawal symptoms’ when they are not in front of their screen and frequently this can result in bad behaviour. Brain scans show that the digital technology has the same effect on the brain as cocaine or heroin. ‘Yes’ to digital technology but ‘no’ to over-dosing!

Thirdly, and crucially, we need to make sure that parents recognise their key role in bringing up their children. The State’s record on parenting is, at best, poor and, at worst, disastrous. Parents must not be ‘let off the hook’. Responsibility for poor behaviour in the classroom must not be seen as simply a school problem. It is, equally, a problem for the whole family.

Who knows, with more parental support and some better sense in the classroom, the Government might be able to move on from relying on their ex-nightclub bouncer to solve a root cause of our below-par education system.