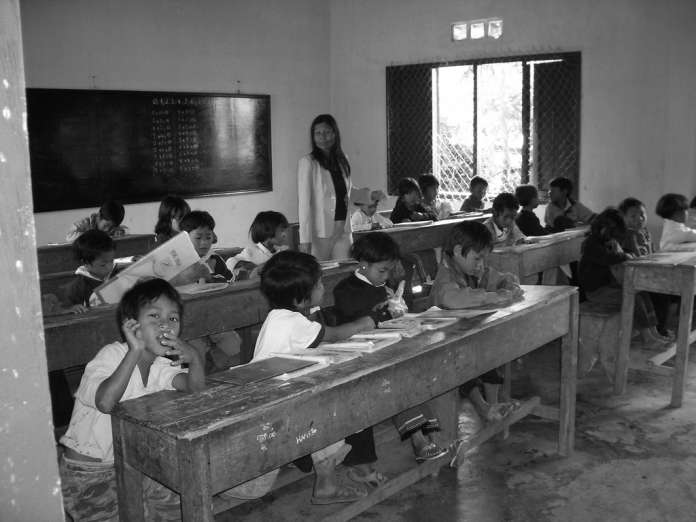 Feeling the blues about your child’s schooling? Depressed about the quality of teaching? Dismayed by the dumbing down of standards? Unable to see any light at the end of the educational tunnel? You are not alone! But what’s to be done?

Have you considered applying for educational asylum in The Socialist Republic of Vietnam? The cost of living is low, the cultural life is vibrant and the GIs have long departed. As a one-party state it has political stability and its economy has been booming. The food is great and the millions of tourists who flock there provide a cosmopolitan ingredient.

Most important of all, though, according to the OECD, its educational standards are well ahead of those in the UK.  Vietnamese pupils are 8th in the world, for example, in science. Britain does not even make it into the top 20 in any of the three areas assessed – maths, literacy and science.

The downside for Vietnamese families is that although education is state-controlled it is not free. The upside is that the average monthly wage of around £115 – only a twentieth of that in the UK – is enough for a family to live on and to purchase for children a much superior standard of education. Small wonder that school enrolment is among the highest in the world.

In contrast, the UK’s 900 per cent ‘real terms’ increase in expenditure on education since the 1950s has seen our comparative standards plunge dramatically compared to Vietnam and indeed to other parts of the Asia-Pacific. The top of the attainment tree these days is dominated by Shanghai, Singapore, Hong Kong, Taiwan, South Korea, Macao, and Japan. According to OECD data, by the age of 15, the children of the lowest class of manual workers in Shanghai are, in mathematics, outperforming the average pupil at our most elite private schools.

Want a good education for free or at a rock bottom price? Head eastwards. Go for asylum on educational grounds!

And if you think that Vietnam is a bit too far or a tad too communist and that claiming educational asylum is beneath your dignity, how about some straight-forward emigration by jumping cruise ship in the Republic of Estonia? It has, after all, and however temporarily, freed itself from Russian control. What is more, in economic terms, it is a rare success story among members of the Eurozone. It is the Baltic tiger and has the lowest ratio of government debt to GDP within the EU. Pretty capital city, too.

Compared to the UK, its people remain poor, with average wages only around 40 per cent of those here. In terms of educational attainment, however, it is miles ahead of us, coming 6th in the world for science and in 11th place for literacy and for mathematics.

And if Estonia does not quite fit the bill, nearby Poland comes with a similarly low cost of living and a top ten position for literacy and for science. It falls back to 14th place for maths but that it still a long way ahead us in 26th position.

So, stop despairing of your child’s schooling! Claim educational asylum in Vietnam or emigrate to Estonia or to Poland. It really does make sense!